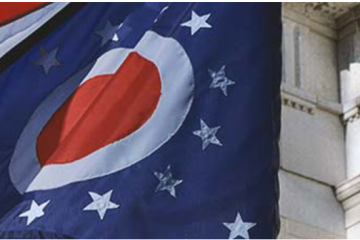 May 13, 2021 Guns In The News
Home»Commentary»A Midnight Call Turns into a Shooting- Armed Citizen Stories
Commentary

U.S.A. -(AmmoLand.com)- We start with a news report from WBTW News 13 in Winston-Salem, North Carolina.

Your roommate called you on the phone. It is a few minutes after midnight and your roommate said someone was trying to break in. You turned around and drove back home. You walked into your house and found two strangers inside. These strangers had weapons and they threatened you.

You were already armed when you walked through the door. You moved and presented your firearm. You shot one of your attackers. The second attacker ran out the door before you could shoot him. Then, the first attacker stumbled outside. You didn’t chase him or shoot at him as he ran away. You stayed inside and called 911. You remained at the scene until the police arrived.

Police had already received calls about your gunshots. EMTs took the wounded robber to the hospital where he was listed in serious but stable condition. Your attacker was under the age of 18, so police classified him a juvenile.

What started as a midnight call from a roommate about a possible break-in turned into our defender having to defend himself from two armed intruders. That is a huge change of perspective and it happened quickly.

Our defender did well. Our good guy didn’t expect a gunfight when he left home. Fortunately, he was armed when he walked up to his door. He saw two strangers in his home. These strangers established themselves as a threat because of the way they spoke, by their actions, and by the way they were armed. Our defender faced two men who had the means and the intent to immediately cause great bodily harm or death. Using his firearm was the least destructive way for our defender to stop an otherwise unavoidable threat. Those conditions justified the use of lethal force in defense of himself or his roommate.

Our armed defender shot one of the attackers. The defender then had the amazing presence of mind to notice that his attackers were now on the run. Our defender stopped shooting because he no longer faced an immediate and unavoidable threat. He then called 911 and asked for help. When the police arrived, he identified himself as the caller, and said he defended himself when he was attacked.

There are lots of details that we simply don’t know, so we’ll explore different possibilities as we fill in the blanks from this incomplete news report. The news article doesn’t say if our defender had a concealed carry permit and was carrying on body. Perhaps he did not have his permit and was transporting his gun under the car seat. We don’t know what kind of weapons the robbers had, if they had clubs, knives, guns, or something else. We’re also missing important information about what happened to his roommate. Was the roommate outside and made his phone call after he saw strange men outside the home, or was the roommate hiding in his room as the bad guys were beating on his bedroom door? Did the home invaders walk in, or did they break into the home, because that implies the home invaders were likely armed with a pry bar.

There is more we can learn here. Let’s call for help early; it doesn’t cost much and it can help a lot. I assume the roommate called the defender because our defender was armed and the roommate was not. As much as we want to help a friend, we want to call for help as soon as we see a situation that could turn violent. The police answer calls like this all the time, and the cops don’t charge extra if the noise turns out to be your neighbor dragging his metal trash cans to the curb.

Have your defensive tools at hand. We don’t know how the defender carried his gun. A gun in the truck-bed lock box is a long way away. Carrying on your body gives you quick access to your defensive tool. It also gives you a place to put your gun when the threat is gone and the police arrive. This may be a subtle point, but the police know that good guys wear holsters.

Let’s plan now. Form a plan with the adults and teenagers in your home. Plan that they turn on the lights and call the police if they hear something unusual outside. If the threat escalates, then plan for your roommates to either escape to a neighbor’s house or to lock themselves in their room. That is a good plan if your roommates are armed or unarmed.

Stay in contact if you can. Again we have to speculate about what could have happened in this news account. Suppose your roommates are safely locked in their room when you arrive, but they hear someone in the house. You can sit back, call 911, and watch the robbers get arrested. The cell phone video of the arrest could make you famous.

Perform the moral calculus ahead of time. You may not have the luxury of waiting outside if the robbers are breaking down your roommate’s door while your roommate and her daughter are trapped inside. In contrast, you might want to find a ringside seat if a robber breaks in on your three roommates who practice mixed martial arts for fun. We will probably freeze in indecision if we have not thought ahead about what we should do.

If we don’t face a gun problem, then the gun is the wrong tool. Our defender was justified in using lethal force because he faced two armed men. He would not have been justified if he faced an unarmed child. That is true even if the child tried to hurt the defender because the child didn’t pose an immediate and unavoidable threat of death or great bodily harm. The two young men in this story did, and that disparity of force is part of the justification for armed defense. Note that the 17-year-old “juvenile” refused to identify his accomplice.

Most homes are not bulletproof. Even if we come home and are threatened by two men with guns, we probably don’t want to shoot at them if they are standing in front of our roommate’s bedroom. We might have the legal and moral justification to use lethal force, but we might not have the appropriate opportunity to do so. Sometimes we should wait.

If the robbers close the distance and attack us, then we don’t have any choice but to defend ourselves. We want to plan so that we act neither too early, nor too late, neither too little, nor too much. That makes a difficult task sound trivially simple.

Talk to the police.. a little. It is desperately hard to shut up when we’re excited. Tell the police that you are the person who called. Point out any obvious evidence like a broken door and a pry bar lying in your entryway. Point out any other witnesses, like your roommates. Then tell the police you will give a complete statement and answer all their questions after you’ve spoken to your lawyer. You only have one chance to tell your full story the first time, and your lawyer will do a much better job of it.