Before the election, Joe Biden refused to answer whether he’d support rigging the U.S. Supreme Court by adding new justices. In 1983, he called court packing “a bonehead idea” that endangered the independence of the judiciary.

Now, it seems the septuagenarian commander-in-chief may have had a change of heart. In one of his recent executive actions (one of almost 50 issued in his first 100 days), Biden directed the formation of a commission to study “the Court’s role in the Constitutional system; the length of service and turnover of justices on the Court; the membership and size of the Court; and the Court’s case selection, rules and practices.”

The commission is stacked with a Democrat-heavy panel of Ivy League leftists and reform activists, suggesting the group’s conclusions are predetermined from the start, an opening gambit cloaked in academic “legitimacy.”

At the same time, Democrats unveiled a bill in the U.S. House of Representatives to add four more seats to the Court, in a newfound concern that just happens to coincide with a desire for consolidation of power and control. If passed, the law would be the first change in the number of justices since 1869, immediately giving Democrats a historic chance to flip the U.S. Supreme Court to a progressive, activist rubber stamp for their anti-gun agenda.

For now, the bill is on ice and unlikely to pass the evenly split U.S. Senate, but House Speaker Nancy Pelosi offered coy endorsements of the idea down the road.

After November’s narrow victories secured Democratic control over the House, Senate, and White House, pressure mounted on Biden to take aim at the U.S. Supreme Court, a likely check on his radical agenda on guns.

Since President Trump’s appointment of three constitutionalist justices, it is believed the court would not engage in progressive revisions of the Second Amendment. With the Court’s recent acceptance of the NRA-backed New York State Rifle & Pistol Association, Inc. v. Bruen, gun-control advocates have good reason to fear another legal victory for the right to keep and bear arms.

Justice Stephen Breyer, a liberal on the Court, is on record opposing court packing. Breyer warns it would compromise the Court’s independence and trust. (A majority of voters polled also disapprove of the idea.)

At some point, should Republicans take back Congress and the White House, they could either restore the original nine seats, or just add another four, placing the Court in the center of a partisan tug-of-war, rather than it acting as the politically independent interpreter of law it was intended to be.

If court packing is permitted to advance, the proponent’s intentions amount to a naked attempt to seize power for partisan reasons, almost certainly enshrining radicals gun-control policies for generations. (David Burnett is an attorney and ICU nurse based in Detroit, Mich. He holds degrees in business, nursing and law, and is a frequent contributor to America’s 1st Freedom.) 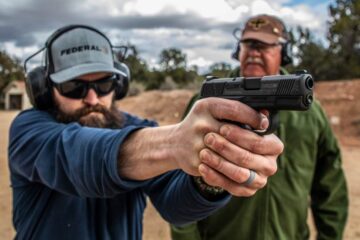