Ammoland – Somewhere, everyday in the USA, 2100+ people use a gun for self defense, to stop a crime or save the lives of themselves or their family.

“We believe that the American public deserve to understand that on the average, guns save 2,191 lives and are used to thwart crimes every day,” says Alan Gottlieb of the Second Amendment Foundation

Most times you won’t see these tales on the news as it does not fit the main stream media’s story line of “Guns and Gun Owners are Bad“.

This is just one of those stories;

A man wielding a 12-inch knife attempted to break into several home in Las Vegas, Nev. After unsuccessfully attempting to kick in the doors of several homes, the would-be intruder tried to get into another house through a doggie door.

The homeowner warned the home invader that he was armed with a .45-caliber pistol, but when the criminal continued to try to get inside, the homeowner fired at the man, striking him in the head and shoulder.

Following the incident, neighbor Nicole Slokken, who owns one of the homes the intruder attempted to break into, said of her armed neighbor to local media, “The detective told me the neighbor very well could have saved our lives.” (KSNV, Las Vegas, Nev. 02/15/16)

About the Guns Save Lives Series:
Every few days AmmoLand Shooting Sports News will be featuring a new report of stories involving self defense with a hand gun. Be sure and share, like and Tweet these posts and help spread the truth that “Guns Save Lives”. See more atwww.AmmoLand.com ( http://tiny.cc/s6ef2w ) 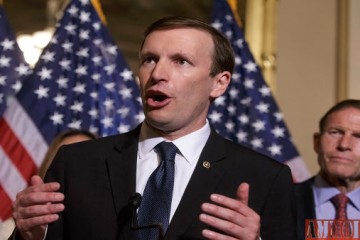