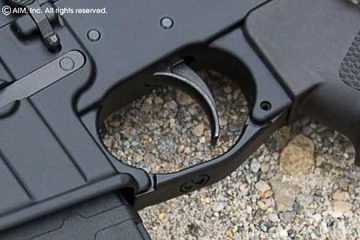 May 5, 2021 Guns In The News
Home»US News»At Home, at Work, as You Drive, and at Church – More Self Defense Gun Stories
US News

At Home, at Work, as You Drive, and at Church – More Self Defense Gun Stories

U.S.A.– (Ammoland.com)- You didn’t see this news covered by the mainstream media, but again this week, responsible gun owners defended themselves and the people they love. Self-defense instructor Amanda Suffecool joins the Self Defense Gun Stories Podcast to look at four new examples. Were these gun owners lucky, or were they well trained? (24-minute audio)

These victims saved lives because they had a gun..and good habits.

First story- Are you armed when you’re home alone?

It is after noon when you hear a knock at your front door. You ignore it since you’re home alone and not expecting visitors. A few minutes later, you hear glass breaking downstairs from the back of your house. You go to your bedroom and get your handgun. An intruder enters your bedroom and moves toward you. You shoot him one time in the chest. Now he runs away.

You call the police. The police find your attacker passed out in his getaway car. They take your attacker to the hospital where he died.

Second Story-  Are you armed at work?

It is dark outside and the evening rush has slowed down a bit at your Chinese Restaurant. You’re working behind the counter. You look up to see a man come inside. He is dressed in black and has a gun in his hand. He walks up to you and demands the money from the cash register. You’re armed. You step to the side so the robber can get to the cash register. You draw your gun and shoot your attacker. Now, your attacker runs from the store. He shoots at the front of the store as he runs, and you shoot back at him.

No one in the store is hurt. You call the police. The police find your attacker at a nearby hospital and arrest him.

Third story- Are you armed when you arrive home?

It is about 1:30 in the morning when you and your husband get back to your apartment. As you walk home, three men move toward you through the parked cars. They tell you to stop. One of your attackers points a gun at you and your husband. You ask them what they want, but you don’t wait for an answer. You’re an off duty police officer. You have your firearm on your body. You step away from your husband and shoot the armed attacker. Now, the other attackers run. So do you. You check on your husband and call 911.

Fourth story- Are you armed at church?

This is the first church service of the day. A stranger is sitting on the side of the congregation, and he is obviously wearing a fake beard and wig. Everyone is welcome here, but this man sits off by himself. The stranger stands up during the service, and one of the deacons asks if he needs anything. The stranger pulls a shotgun from under his coat and points it at the deacon.

Four other members of the security team close in around the attacker. They remove the attacker’s gun.

Now you start your security plan and begin treatment of the injured. Lots of people call the police.

Links and text of the discussion at the podcast webpage.

Rob writes about gun rights at Ammoland, at Clash Daily, and on his SlowFacts blog. He hosts the Self Defense Gun Stories Podcast and co-hosts the Polite Society Podcast. Rob is an NRA pistol instructor and combat handgun competitor.

Find Amanda Suffecool at her nationally syndicated radio show eye on the target radio Sunday nights from 5 to 7 eastern time.

Virginia: Tell your Sheriff to Take a Stand

At Home, at Work, as You Drive, and at Church – More Self Defense Gun Stories