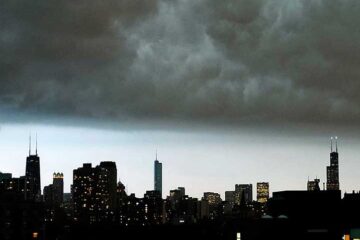 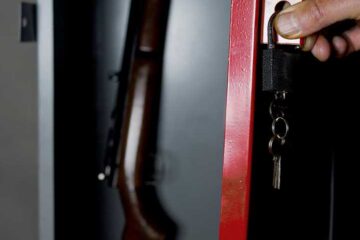 U.S.A. – -(Ammoland.com)- Six months after attorney Stephen Stamboulieh filed a Freedom of Information Act request with the Bureau of Alcohol, Tobacco, Firearms and Explosives on my behalf regarding the agency’s reported involvement in the case of Hunter Biden’s gun, we have received an answer. ATF won’t tell us anything because it says Biden’s privacy interests outweigh the public’s right to know.

It’s a typical pattern of stonewalling and defiance of federal transparency laws by those who ruthlessly enforce edicts on the rest of us that gun owners really saw come to the fore during the heyday of Operation Fast and Furious investigations into ATF “gunwalking.” As AmmoLand Shooting Sports News readers have seen in a series of exclusive reports, that has extended through the years to this day, with the government’s recent non-responsive “response” to a FOIA request filed with Kent Terry, brother of Border Patrol agent Brian Terry, whose murder was the catalyst for the deadly criminal scheme to begin unraveling.

The Blaze reported in late October that “Hunter Biden’s handgun was taken from his vehicle without his knowledge by Hallie Biden,” his brother’s widow with whom he then had an affair, “and she placed it in a garbage can outside a Delaware supermarket.” Readers of this column will recall it tied that account in with the question of if the president’s son had broken the law by denying abuse of controlled substances on the Firearm Transaction Record, ATF Form 4473. Lying on the form is a federal felony.

That report was followed up with two separate FOIA requests being filed a few weeks later, to both ATF and the Secret Service, which had also been reported to be investigating the Biden gun incident.

“In response to your FOIA request, the Secret Service FOIA Office has conducted a reasonable search for all potentially responsive documents,” that agency responded in late January. “The Secret Service FOIA Office searched all Program Offices that were likely to contain potentially responsive records, and no records were located.”

Attorney Stamboulieh filed a complaint on my behalf in the United States District Court for the District of Columbia in late April because that position is refuted by numerous media reports and by Hunter Biden’s own account retrieved from a text message on his damaged laptop computer.

ATF’s responses have been more circuitous.

“We have determined that you are a non-media, non-commercial requester pursuant to 5 U.S.C. § 552(a)(4)(A)(ii)(III),” Adam C. Siple, Chief, Information and Privacy Governance Division, asserted in a Feb. 26 FOIA request receipt acknowledgment.

In other words, I’m not what this ATF functionary considers an “authorized journalist,” flying in the face of decades of professional experience, the law, and years of filing FOIA requests with government agencies and then reporting on their responses or lack thereof – just like here. Trying to make it about me was just a feint—empowering government bureaucrats to arbitrarily and inconsistently determine who is or is not a journalist is clearly unconstitutional, and obstructs the ability to investigate and report on matters of public interest.

All to stall and dodge on a FOIA response concerning one of the Democrat political elites?

“Based on the information you provided to us, we were not able to locate any responsive records subject to the Freedom of Information Act,” Siple informed us a month later, curiously parroting the Secret Service position. The information we provided was pretty specific. So, they weren’t involved, either? Are they saying they don’t have any documents subject to FOIA, not that there aren’t any? Could it be all the reports were wrong?

Then something even more curious happened. Two days later, Siple informed us via email that he was withdrawing the “no records” response. Neither Stamboulieh nor I recall that happening to one of our requests before.

Then on May 12, Siple gave us ATF’s official response:

“As you know, my office did initially conduct a search for records responsive to Mr. Codrea’s FOIA request, but I have since determined that this was an error because the subject of this particular records request is a third party and a private citizen. Under these circumstances, the request should have been denied categorically without a search due to the substantial privacy interests retained by the subject of Mr. Codrea’s request.

“In my view, the denial of Mr. Codrea’s records request is required by law under the Privacy Act and the existence of any such material is exempt from disclosure under the FOIA. As you may know, disclosure of records relating to a third party is only permitted with the express authorization and written consent of the third party or a demonstration that the public interest in the disclosure outweighs the personal privacy interests of the third party. Since you have not provided any documentation that would demonstrate your right to access the records of a third party, we cannot confirm or deny the existence of such records or disclose the requested information at this time.”

Would it be fair to suspect they know all about it and don’t intend to do a thing unless forced to? And had this involved an ordinary private citizen, they’d have posted all about it years ago?

Stamboulieh responded, citing Biden’s own public admissions, credible media reports, and that “Mr. Biden’s purchase of a firearm (and subsequent loss and lack of prosecution) is of such a public interest that twenty-two House of Representative members are asking that Mr. David Chipman ‘publicly commit to investigate allegations that Hunter Biden falsified information during a background check in order to illegally obtain a firearm…’”

That’s a key point, and I’ll get back to it, but first, here is our response:

There is a real opportunity during Chipman’s Senate Judiciary hearing scheduled for Wednesday (watch here beginning at 10 a.m. Eastern) to ask him pointed questions under oath about the Hunter Biden allegations. It will tell us much if he defers to the ATF “privacy” excuse and it will tell us even more if all the Democrats champing at the bit to confirm him and impose “universal background checks” support giving Chipman, and thus the president’s son, a pass on his.

Thinking In Three Dimensions: The Genius of John Moses Browning 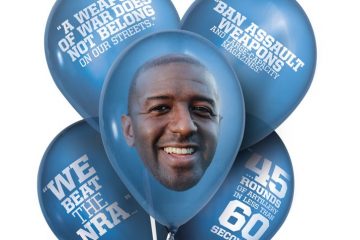