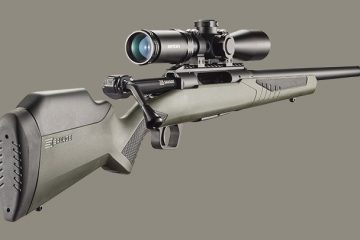 May 5, 2021 Guns In The News
Home»US News»Big Government Can’t Fight Terrorism at Home
US News

The French interior minister spoke this week.  He said the ministry had learned important lessons.  The ministry now understood the recent violent Muslim attacks in both Paris and Brussels.  After much discussion, the ministry now guaranteed that police and military anti-terrorism units would respond to any terrorist attack in 20 minutes or less.

Civilians will have seconds to respond, yet the French interior ministers promised help in 20 minutes.

Twenty minutes is long enough for a terrorist group to take hostages and take control of a concert hall .. again.  20 minutes gives terrorists time to plant bombs in a soccer stadium or a major hotel .. again.  A few Muslim terrorists could kill hundreds of people in an airport in 20 minutes .. again.  It seems the French interior minister didn’t learn his lessons at all.

On the other hand, the lesson for the French people is painfully clear.  The death of French citizens is politically acceptable no matter how many are killed.  That is a bitter pill to swallow.  My readers in the United States are shocked at the French government’s indifference to dead french civilians.  Please consider this next news story before we Yanks feel superior.

Senior US military leaders spoke earlier this month.  They said that US troops should stay disarmed on US bases.  Our soldiers should call for help when they are attacked.  We’ve had Muslims murder US servicemen at Fort Hood and recruiting centers in Chattanooga.  Waiting for help to arrive left many servicemen dead.

It is clear that senior US military leaders will allow soldiers to be killed and wounded again.  As with french citizens, dead US soldiers are viewed as acceptable domestic casualties so that senior government officials can serve their political masters.  It makes me sick that US military leaders are so politically correct and personally pliable.  I don’t feel much better about the French Interior Minister.  In both countries, the central government asks innocent civilians to wait and die until government forces arrive.

In most of the United States, as in Switzerland and Israel, armed citizens are the distributed defense that is always at the scene of mass public violence.  We’ve seen armed civilians stop mass murder time after time.  Unfortunately, that solution fails the big government political test.  Armed citizens don’t increase government funding.  There isn’t a government bureau of the armed civilian with a multi-billion-dollar budget and huge contracts with political kickbacks.  Instead, interior ministers and military leaders stay stuck on stupid with their politically correct ideas.  I wish they would consider something different rather than stay trapped inside the politically correct box.

What is outside the box?  The French could invite a US pizza restaurant chain to offer guns as an option with their pizza deliveries.  That way the guns and ammo would arrive in 15 minutes or less, or the gun and pizza are free.  😉

For an international flavor, the French could allow Amazon drones to deliver handguns directly to the disarmed French citizens who need them.  Amazon might drop the delivery charges if you’re an Amazon Prime customer. 😉

Instead, we get more of the politically correct status quo.  We should expect the same old dead bodies if we provide the same old bad solutions.  Sadly, that solution works for big government politicians. We already have a solution at hand.  It is available in seconds rather than minutes.  Now we need to get government out of the way.

Pants on, Gun on.  It worked before.  It will work again.

80-Year-Old Man Foils Home Intrusion Trio – Kills One, Injures Another As One Flees