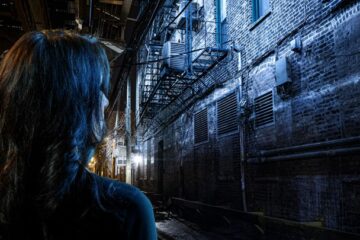 August 4, 2021 Guns In The News
Home»Politics»Bloomberg’s Bodyguards will Keep Him Safe from Collectivist ‘Protesters’ – for Now
Politics

U.S.A. – -(Ammoland.com)- While coming for Mike Bloomberg with pitchforks may have a certain schadenfreude appeal to it, the protesters are all in for socialism as long as someone else is paying for it. How about putting the chains on government instead of citizens, and lowering taxes and regulatory infringements on all? (NY Taxi Workers Alliance/Facebook)

The pitchforks were plastic, and “for effect,” we are told, but the message behind them is clear: “Have Nots” feel entitled to the property of the “Haves” and demand wealth transfers to make things “equal.” And that means confiscation, an idea Michael Bloomberg didn’t consider might come back in a different form to bite him.

Besides, aren’t we told that “property is theft“?

The taxi drivers, caught up in covetousness and envy, might not realize they’re acting the role of useful idiots. “Rich” is a relative term, as Third World imports benefiting from Bloomberg’s cheap labor/amnesty for illegals policies understand. You have to wonder how many of the middle class, taxi medallion-owning cabbies realize they are the “bourgeoisie” the communists sing about killing.

Let the mob have its way and continue to spread out and the pitchforks will no longer be symbolic props. Bloomberg’s fellow billionaire and gun-grabber Nick Hanauer understood that when he wrote “The Pitchforks Are Coming… For Us Plutocrats,” in an open letter published on Politico. And calls to “Eat the rich” are only getting louder as the in-your-face Marxists are emboldened by Democrat politicians (who, as the Jenny Durkan experience showed, will experience their turn in the barrel soon enough) signaling solidarity and letting them get away with violence and destruction.

For now, even if the mob returns and ups its antics, you won’t see Bloomberg emerge from his mansion like the couple in St. Louis who defended their home.  He leaves that to “the help.”

The man who would disarm you has bodyguards, including the ones who were protecting him on the taxpayers’ dime back when he was mayor. And unlike the gun owners that he would impose edicts on, Bloomberg hasn’t let a little thing like “the law” stop him from surrounding himself with the finest armed protection money can buy.

Case in point, a report on “Bloomberg Privilege” from The New York Times:

“The mayor also takes along a police detail when he travels, flying two officers on his private plane and paying as much as $400 a night to put them up at a hotel near his house; the city pays their wages while they are there, as it does whether Mr. Bloomberg is New York or not. Guns are largely forbidden in Bermuda — even most police officers do not use them — but the mayor’s guards have special permission to carry weapons. A spokesman for the Police Department declined to comment.”

Any bets on whether he would call it “vigilantism” if, rather than retreat, his security professionals deemed the most tactically sound approach would be to stand their ground? Because Bloomberg calls it a “license to murder.”

The thing is, the protesters are absolutely right to be angry about New York taxes – but those are the results of an unchallengeable government implementing collectivist controls.  Attacking the private sector from which wealth is created is exactly the wrong thing to do, so naturally, that’s exactly where those who would destroy capitalism place the blame.

If they succeed, and if the “revolution” ever goes full bore, Bloomberg and his fellow “plutocrats” may find options for running and hiding closing up — even to the point of bodyguards choosing between staying on guard or saying “Nuts to this” and abandoning their posts.  It’s not like we didn’t see “trained professionals” do exactly that during Hurricane Katrina. Lots of them.

I confess that scenario has a certain Twilight Zone-ending appeal to it.

If this country does reach that point – and increasingly, the prospects seem more like “when” – the people who will be able to protect themselves from murderous mobs are the ones who say “Nuts” to the “gun laws” Mike Bloomberg has been funding and that Joe Biden promises to expand on with a vengeance if he wins in November.

Sen. Durbin Blames Crime on “Too Many Damn Guns”

New Ban Bill Hits Congress: Targets Semi-Automatic Rifles & Handguns: “To Ensure That The Right To Keep and Bear Arms Is NOT Unlimited” 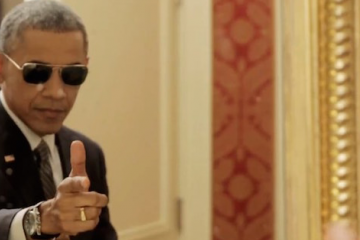