January 15, 2022 Guns In The News
Home»Guns»Boundary Violation: Gun Politics in the Doctor’s Office in 2016
Guns

Boundary Violation: Gun Politics in the Doctor’s Office in 2016

USA –  -(Ammoland.com)-  Well before Florida’s Amber Ullman incident in the summer of 2010, gun control activist doctors had been poking and prodding a sore spot.

The American Academy of Pediatrics in particular had declared a culture war on gun owners and advanced the battle into exam rooms across America.  They were questioning their patients and their parents about guns in their homes.  Patients were outraged, the people of Florida responded through their legislature, and the parties squared off in a continuing court case, Wollschlaeger v. Governor of Florida.

In response to the Ullman episode and others like it, Florida’s legislature passed the Firearm Owners Privacy Act (FOPA) in 2011.  The Florida chapters of the American Academy of Pediatrics, the American Academy of Family Practice, and the American College of Physicians were among a group of plaintiffs who sued to stop enforcement of the law, and FOPA has been in litigation ever since.

Doctors for Responsible Gun Ownership has long opposed the gun prohibition agendas of these three national medical organizations. Most offensive have been their policies of encouraging doctors to probe their patients about guns in their homes and even urge their patients to get rid of their guns.

A 1999 DRGO resource paper, Boundary Violation: Gun Politics in the Doctor’s Office, has long been the definitive description of this practice and its ethical implications.

Now this original work has been updated and enlarged as an amicus curiae brief for the Second Amendment Foundation and the Citizens Committee for the Right to Keep and Bear Arms. The brief, authored by Colorado attorney Joseph Greenlee, was submitted last week to the 11th Circuit Court in support of FOPA in the case Wollschlaeger v Governor of Florida.  Greenlee skillfully articulates principles never before brought forth yet in the ongoing litigation of Wollschlaeger.

When the proper method (the Gentile balancing test) of judging the constitutionality of professional speech regulation such as FOPA, Florida’s interest in enforcing FOPA decidedly outweighs any First Amendment right of physicians.

This is a recognition that when a doctor is talking professionally to her patient, it’s not the same as a casual conversation or a public expression of opinion.  It’s a special kind of speech whose purpose is only to help the patient.

Since doctors have a special duty to their patients, they are held to a higher standard of conduct. So what they may say at a cocktail party or other public forum may not be allowed in the privacy of the doctor-patient relationship.  That is why, contrary to the bitter complaints of some anti-gun rights physicians that they have been “gagged” by FOPA, the state is allowed to limit doctors’ speech when it would hurt their patients instead of help them.

Mr. Greenlee also reminds us (and the court) that:

With simple but brilliant logic the brief concludes this critical point:

The next step in showing that the state of Florida is justified in stopping doctors from advancing a political agenda of gun control is proving that all the states have a “compelling interest” in how professions are practiced.  This long-established principle assures patient protection from incompetent or unscrupulous physicians.  Greenlee lays out the history of high court decisions supporting this norm and shows how regulating professional conduct must include regulating professional speech.

Section III, Part B will be familiar to readers of this website.  It documents the sordid history of gun control activism in organized medicine. It includes discussion of the anti-gun policies and practices of major medical organizations, three of whose Florida chapters are suing to stop enforcement of FOPA.

The AAFP has official policy stating, “The Academy opposes private ownership of weapons designed primarily to fire multiple (greater than 10) rounds quickly.” AAFP, Firearms and Safety Issues, (last visited Mar. 20, 2016). This deliberate policy includes most pistols designed in the last quarter century and virtually all rifles designed and produced after the Korean War.

Finally, Greenlee addresses what is perhaps the most important issue of the brief, which is the unequal relationship of the doctor to the patient:

Another reason states have a compelling interest in regulating physician speech is the dramatic imbalance of power inherent to the relationship between a highly trained physician and a relatively uninformed and impuissant [i.e. powerless] layperson.

Cultural expectations, the responsibility and specialized knowledge of the doctor, and the compromised attitude of a sometimes frightened and sick patient all combine to make the doctor-patient relationship unbalanced.  Both culture and law recognize this fact and provide protection for the patient by holding the physician to a higher standard of conduct.  That standard is violated when a doctor abuses her position of relative power to push a political agenda of gun control on her patient.

The meticulous documentation of the ethical issues involved, the medical establishment’s anti-gun rights agenda (that establishment including the plaintiffs themselves), and the supporting legal citations are joined together in a formal statement that is now the go-to reference.  This brief adds to and enlarges on our 1999 article with the perspective of legal authority.  It now becomes part of DRGO’s permanent file of resources available to all of our readers.

The U.S. Court of Appeals for the 11th Circuit will hear the latest arguments in the case of Wollschlaeger v. Governor of Florida on June 21 2016.  The SAF-CCRKBA amicus brief will show them a side of the case that is vital to understanding why Florida’s Firearm Owners’ Privacy Act should be upheld.

—Timothy Wheeler, MD is director of Doctors for Responsible Gun Ownership, a project of the Second Amendment Foundation.

Doctors for Responsible Gun Ownership, a project of the Second Amendment Foundation. www.drgo.us

The Forces of Ignorance and Hoplophobia Never Rest

Boundary Violation: Gun Politics in the Doctor’s Office in 2016 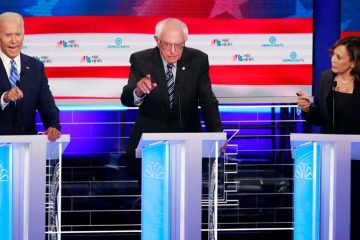