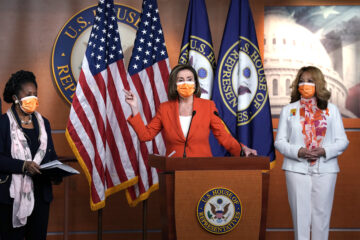 May 20, 2022 Guns In The News
Home»Politics»California Will Have Legal, but Unlawful, Power to Take Firearms without Hearing from Owner
Politics

Many have advocated some sort of gun law or change in legislation that would stop the mass shootings that have become common place in our country. They have said that there should be a way that the state could intervene in some of these cases. This intervention would be lifesaving to the victims. California feels that it has the answer.

Beginning January 1, police in California may confiscate firearms from gun owners thought to be a danger to themselves or others without giving the owner any notice.

This is the result of the implementation of “gun violence restraining orders” (GVROs), which go into effect New Year’s Day.

How exactly can the state do such a thing? The owner will not have to have any prior notice. So how will the state of California know that there is an issue? Well, someone else has told them that the person is a threat.

Family members who believe a loved one poses a danger to themselves or others will be able to ask police to seek a temporary “gun violence” restraining order from a judge beginning Jan. 1. The order would allow police to seize the person’s guns for 21 days.

State lawmakers approved the legislation (AB1014) and Gov. Jerry Brown signed it into law after a 2014 mass shooting in Isla Vista, near the University of California, Santa Barbara, in which six people were killed and 14 injured. Before the shootings, sheriff’s deputies had visited the shooter, Elliot Rodger, after his parents raised concerns about his mental health and online rants against women.

Now, in theory, this might sound like a good idea, but several things points to this being bad. I mean, one does not have to be a Constitutional lawyer to see the potential problems that this law will incur.

There is the issue that most have pointed to—the Second Amendment. For no reason, the state can, by legal pretext, infringe on a person’s right to have and bear arms. This is clearly a right that is protected by our Bill of Rights. There surely will be law suits just based on this violation.

Next is the issue of due process.

The Constitution states only one command twice. The Fifth Amendment says to the federal government that no one shall be “deprived of life, liberty or property without due process of law.” The Fourteenth Amendment, ratified in 1868, uses the same eleven words, called the Due Process Clause, to describe a legal obligation of all states. These words have as their central promise an assurance that all levels of American government must operate within the law (“legality”) and provide fair procedures. Most of this essay concerns that promise. We should briefly note, however, three other uses these words have had in American constitutional law.

This is two particular Amendments that could be used to upend this law. How can you have due process if you are not even informed that there is a process? If you are on trial but are not informed until you are convicted, how can you expect to defend yourself?  This is not the American way of jurisprudence.

What about the right to face your accusers? One of the significant signs of progress in law was the ability to see and confront or question the person that is accusing you of doing something wrong.

This is no more than a legal loophole for the Liberal to make law abiding citizens give up their weapons. 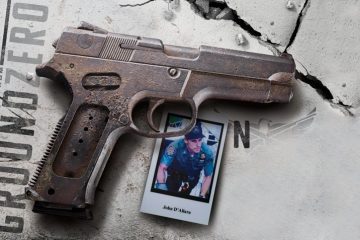