Ammoland.com – A compelling shot story of a mass shooting survivor who has gone from gun control activist to gun rights advocate. Download your free copy today.

The terrible and tragic shootings by a deranged gunman at the law firm of Petite & Martin in the office tower at 101 California Street in San Francisco in 1993 spurred liberal San Francisco lawyers to channel their grief into creating the association that has effectively become the law firm for the gun ban lobby. Initially called the Legal Community Against Violence, now rebranded as the Law Center to Prevent Gun Violence, this special interest group has benefited from multi-million dollar block grants from progressive foundations over the years, and pushes model gun bans across the country to this day. Creative lawyers associated with the group first came up with a legal argument that held gun manufacturers and distributors liable for the criminal misuse of their products, and then rallied cities run by liberal politicians to file lawsuits against these companies in an effort to bankrupt the firearms industry.

Working with their associated public relations professionals, the group also helped to develop the benign sounding talking points used to this day by the gun ban lobby and politicians with a civilian disarmament agenda. That’s why you hear politicians speak reassuringly of their “respect” for the Second Amendment (their toothless version of it anyway) and the need for mere “common sense” gun laws, while demonizing whole classes of firearms with sinister sounding emotion laden but technologically nonsensical buzz words like “assault weapon.”

The gun ban lobby has since become masters not only of rhetorical manipulation, but also of using rhetoric to manipulate public emotion to advance their gun ban agenda.

Some people see through this, coming to terms with the reality of their own vulnerability, and make personal choices on how to limit the risks to their own safety. Some come to terms sooner, some later, but they eventually come to realize that “common sense” gun laws are anything but. They come to appreciate the wisdom in the maxim that “common sense is what tells us the earth is flat.”

“Coming to Terms” is the story of David Frankel and his soul searching self-reconciliation. As a survivor of the 101 California Street shootings and co-founder of the Legal Community Against Violence, David tells the story of his journey from emotion inspired ignorance and dependency born of fear to self-reliant enlightenment and individual empowerment in the context of post incident traumatic stress. It is an intimate, inspiring and revealing story of individual reflection and self-actualization from one who lived to tell his tale so that others might not fall for the alluring deception that any government or law can truly make you safe.

The California Rifle & Pistol Association (CRPA), founded in 1875, is a non-profit membership and donor supported organization with tens of thousands of members throughout California and the nation. CRPA’s members include police, professionals, firearm experts, the general public, and loving parents. CRPA is dedicated to promoting and defending the shooting sports, and to providing safety information, education, and skills training. CRPA also organizes and sanctions competitive shooting activities for both adult and junior shooters. 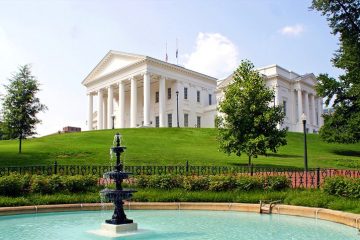