U.S.A. -(AmmoLand.com)- On May 21, ATF published a new proposed rule in the Federal Register entitled Definition of “Frame or Receiver” and Identification of Firearms. That publication triggered the opening of the proposed rule to public comments. The comment period will remain open until August 19, 2021.

In addition to these changes, ATF is seeking to create an entirely new process for licensed firearm dealers to apply serial numbers to unserialized firearms that come into their possession and to require the indefinite storage of firearm records by licensees. That requirement likewise has no basis in federal statutes.

In effect, the rule would mean that many manufacturers would need to get pre-approval from ATF for new firearm designs.

Due to the discretionary scheme created by the rule, the ATF Director would be given an incredible amount of power over the firearm industry. This comes at a time when President Biden has nominated anti-gun lobbyist and gun ban proponent David Chipman to head the ATF. This draft rule is just one more reason why it’s extremely important for all gun owners to contact their Senators and ask that they vote against Chipman’s confirmation.

NRA-ILA will provide more detailed explanations of the many problems with this proposed in the coming weeks as well as filing comments on this terrible rule on behalf of all NRA members.  If you wish to comment in the meantime, please keep the following in mind.

These are ATF’s instructions for submitting comments:

You may submit comments, identified by docket number ATF 2021R-05, by any of the following methods—

Instructions: All submissions received must include the agency name and docket number (ATF 2021R-05) for this notice of proposed rulemaking (“NPRM” or “proposed rule”). All properly completed comments received will be posted without change to the Federal eRulemaking portal, www.regulations.gov, including any personal information provided.

ATF also provided the following contact information for any questions regarding the proposed rule:

In addition to these technical requirements, it’s important to keep the following in mind when submitting comments.

Comments can be submitted directly through regulation.gov. Please check back to www.nraila.org soon for more information on this burdensome, arbitrary, and unconstitutional proposed rule.

Best Ruger 10/22 Accessories For Your Rifle

Ammunition Demand Will Not Subside Soon 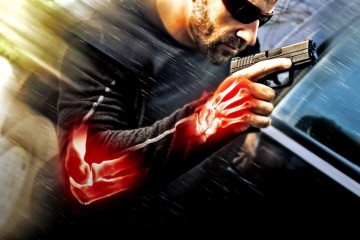