October 15, 2021 Guns In The News
Home»Commentary»Crickets from Kamala: Man Freed by Bail Fund She Touted Charged with Murder
Commentary

USA – -(AmmoLand.com)- Accused road rage murder suspect George Howard—now being held in Minnesota—was bailed out of jail Aug. 6 2021 by the Minnesota Freedom Fund, a project once supported by Vice President Kamala Harris, according to Fox News and other news agencies.

The story has gained momentum after becoming more than just a talking point on Fox News programs. Whether the suspect is guilty or innocent will be determined by the courts. It appears Harris only made one suggestion via Twitter to support the non-profit bail group during the period when protests erupted in reaction to the death of George Floyd while being restrained by Minneapolis police.

Howard reportedly had been held on a charge of domestic abuse when he was bailed out. It took less than a month for him to land back into custody on the more serious charges. As reported by the New York Post, the 47-year-old Howard is now facing two counts of second-degree murder in connection with the slaying of Luis Damian Martinez Ortiz on Aug. 29 during a road rage incident on Interstate 94. Howard allegedly shot Martinez Ortiz in the chest and then drove away. He was reportedly at the wheel of a white Volvo.

According to KSTP News, “From a previous conviction, Howard is prohibited from possessing a firearm.” An image of Howard’s bail release form shows he apparently also goes by the name “Ricco Passmore.” It’s not clear what the “previous conviction” was for.

This presents more than one problem for the anti-gun Harris, who campaigned on a platform of gun control when she was running for president, and then when she was campaigning as Joe Biden’s running mate last year. Gun control laws apparently did not prevent the suspect from being armed. It has not been reported whether the gun was recovered or where it came from.

In June 2020, Harris tweeted, “If you’re able to, chip in now to the @MNFreedomFund to help post bail for those protesting on the ground in Minnesota.” It now appears the group has been helping with bail expenses for suspects involved in other alleged crimes and not just public protests.

The Minnesota Freedom Fund supported the $11,500 bond to get Howard out of jail. According to Fox News, the organization “tweeted Friday admitting to its role putting Howard back on the streets. On Tuesday, the thread was inaccessible on Twitter but preserved by the Internet Archive.” Here is the text of that message:

“We are aware of reports of the tragic and fatal shooting in Minneapolis earlier this week allegedly involving George Howard, an individual the Minnesota Freedom Fund had previously provided with bail support. MFF believes that every individual who has been arrested by the law enforcement is innocent until proven guilty, and if a judge deems them eligible for bail, they should not have to wait in jail simply because they don’t have the same income or access to resources as others.”

The group reportedly said it is “monitoring” the case and is “reviewing its policies.” 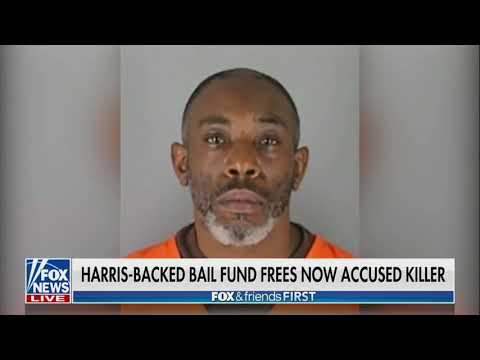 WCCO, the CBS affiliate in Minneapolis, reported that Howard “was driving a white Volvo on Dowling Avenue North when he engaged in a “road rage incident” with a blue BMW on an entrance ramp to the interstate,” as detailed by the Minneapolis police.

“Authorities say video surveillance cameras captured the incident as the victim exited his BMW and approached Howard on the driver’s side door of the Volvo,” WCCO added. “The video shows the victim punch Howard and then collapse as the Volvo drove away. The victim stood up, got into his vehicle, and crashed into the center median.”

In August 2020, Fox News reported that the Minnesota Freedom Fund “received donations from a number of Joe Biden campaign staffers as it saw a $35 million fundraising windfall in the weeks after (George) Floyd’s death.”

According to KSTP News, police investigators managed to get the license plate from the Volvo thanks to surveillance video. They reportedly were able to “track Howard” to a gas station near the crime scene, where yet another surveillance video reportedly caught the suspect getting out of the car as a passenger slide behind the wheel and then drove away. KSTP reported, “The passenger told investigators Ortiz allegedly punched Howard before Howard allegedly fired a shot and left the scene.”

Texas Grand Jury: No Bill for Russell King, who Shot a State Trooper

Why The Maryland Assault Weapons Ban Ruling Is An Election Issue