The Crisis in America’s Crime Labs

There is a crisis in America’s government-run crime labs — and it’s not just the result of a few rogue operators. The problem is long-festering and systemic.

In April, Massachusetts state crime lab chemist Annie Dookhan made national headlines after investigations and lawsuits over her misconduct prompted the state’s Supreme Judicial Court to order the largest dismissal of criminal convictions in U.S. history.

Prosecutors were forced to dismiss a stunning 21,000-plus drug cases after Dookhan admitted to forging signatures, misleading investigators and purposely contaminating drug samples en masse over nearly a decade. Dookhan pleaded guilty to dozens of charges of obstruction of justice, perjury and tampering with evidence. Hundreds of defendants have had their convictions tossed on appeal.

Despite a district judge concluding that her actions were “nothing short of catastrophic,” Dookhan served a measly three years in prison before being released last spring.

Another Massachusetts state crime lab worker, Sonja Farak, abused her position to pilfer and ingest the drugs she was supposed to be testing over an eight-year period. Instead of cleaning up, two former assistant attorney generals covered up for Farak and misled a judge who last month dismissed several of the cases tainted by the narcotics-addicted lab worker. Upwards of 10,000 prosecutions may eventually be overturned.

The fraudster’s fate? Crackhead and meth junkie Farak received a mere 18-month jail sentence for snorting the evidence, plus 5 years’ probation. The two assistant AGs left their jobs for higher-paying positions in government.

It’s the wrongfully prosecuted and convicted who suffer the heaviest deprivations — and taxpayers who must foot the astronomical bill for all the costs and damages incurred by crime lab corruptocrats and their enablers.

As I’ve been chronicling in my AmmoLand News columns and CRTV.com investigative reports, many state crime labs and police departments are particularly ill-equipped and inadequately trained to interpret DNA evidence, especially “touch” or “trace” DNA — minute amounts of DNA of unknown origin often transferred through incidental contact — which has resulted in monstrous miscarriages of justice against innocent people.

The aura of infallibility conferred on crime lab analysts by “CSI”-style TV shows exacerbates the problem when juries place undue weight on indeterminate DNA evidence of little to no probative value. Just last week, North Carolina’s Mark Carver, who was convicted of murdering a college student based on dubious touch DNA that was likely the result of investigators’ contamination, won a new court date for a hearing that may set him free.

Costly errors and gross misconduct will continue as long as politicized prosecutors operate with a “win at all costs” agenda and stubbornly refuse to admit their failures. Dark history seems to repeating itself at the Oklahoma City Police Department, home of the late forensic faker Joyce Gilchrist. Known as “Black Magic,” Gilchrist conjured mountains of phony DNA evidence out of whole cloth in collaboration with an out-of-control district attorney over two ruinous decades.

Gilchrist, whose tainted testimony sent 11 inmates to their deaths, passed away two years ago unpunished and unrepentant.

Now, nearly a quarter-century after Gilchrist’s misconduct was first exposed, Oklahoma City has been rocked by secret hearings held two weeks ago in the case of former Oklahoma City police officer Daniel Holtzclaw. He was convicted in 2015 on multiple sexual assaults after being railroaded by incompetent and biased police detectives and a DA’s office more concerned about appeasing the social justice mob than seeking the truth.

My investigation of Holtzclaw’s case helped publicize the flawed, sloppy testimony by OCPD crime lab analyst Elaine Taylor and assistant district attorney Gayland Gieger, who misled jurors with false assertions about trace skin cell DNA tied to one accuser found on Holtzclaw’s pants — the only indirect forensic evidence in the case. One of the key attendees at the secret hearings last month was Taylor’s OCPD crime lab supervisor, Campbell Ruddock.

Taylor and Gieger failed to fully inform the jury of unknown male DNA found on Holtzclaw’s pants, as well as DNA mixtures from multiple unknown female and male contributors, which clearly supported the hypothesis of innocent, nonsexual DNA indirect transfer. But Gieger baselessly claimed the DNA came from vaginal fluid (when Taylor conducted no such confirmatory tests for body fluids nor used an alternate light source). Gieger recklessly yoked the phony DNA “smoking gun” in one accuser’s case to all of the accusers’ allegations. At least two jurors publicly stated after trial that the shoddy DNA evidence persuaded them of Holtzclaw’s collective guilt.

About: Michelle Malkin
Michelle Malkin is host of “Michelle Malkin Investigates” on CRTV.com. As well as the author of “Culture of Corruption: Obama and his Team of Tax Cheats, Crooks and Cronies” & “Unhinged: Exposing Liberals Gone Wild“. Her e-mail address is [email protected]

Pistol Sights , Much Better Than in Olden Days

The Crisis in America’s Crime Labs 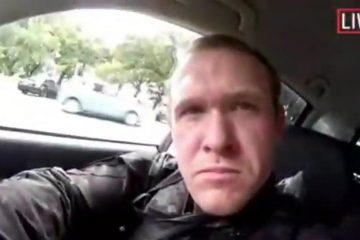