New Justice to the U.S. Supreme Court the Republic May Yet be Preserved

Collier & Colt: The Origins of the Revolver 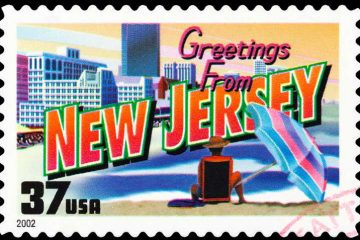 September 26, 2020 Guns In The News
Home»Commentary»Every Word of Moms Demand Action’s Mission Statement, They’re NOT What They Claim
Commentary

Every Word of Moms Demand Action’s Mission Statement, They’re NOT What They Claim

New Jersey – -(AmmoLand.com)- Let’s look at who the Michael Bloomberg funded Mom’s Demand Action for Gun Sense (MDA) in America purport themselves to be.

“Moms Demand Action is a grassroots movement of Americans fighting for public safety measures that can protect people from gun violence. We pass stronger gun laws and work to close the loopholes that jeopardize the safety of our families. We also work in our own communities and with business leaders to encourage a culture of responsible gun ownership. We know that gun violence is preventable, and we’re committed to doing what it takes to keep families safe.”

Something that should be done concerning a statement like this is doing what is called a “close reading.”  The technique is one that someone would employ when getting to the root or heart of a statement or piece of literature.  Read every word and reflect on the meaning.

Let us look at Moms Demand Actions’, and what some would say is a “fraudulent” mission statement and see how closely they follow their own words?

A “Grassroots Movement,” from Wikipedia:

“A grassroots movement is one which uses the people in a given district, region, or community as the basis for a political or economic movement.  Grassroots movements and organizations use collective action from the local level to affect change at the local, regional, national, or international level. Grassroots movements are associated with bottom-up, rather than top-down decision making, and are sometimes considered more natural or spontaneous than more traditional power structures.”

Article after article has explored this topic.  From their very first statement, MDA is being untruthful and fraudulent.  Multiple reports and articles have explored the fact that MDA, which is part of Everytown for Gun Safety, is the brainchild of and funded by former New York City Mayor Michael “Nanny” Bloomberg.

From the Wikipedia page, line one:

As intelligent and informed human beings, we should completely discount everything that MDA has to say, as they are lying to us from word one. MDA and Everytown are not a spontaneous group of citizens concerned about guns. It is, in fact a few hired former PR executives and bunches of paid agitators that get bussed to capital buildings to intimidate legislators into taking away your Second Amendment rights and worse, as we shall discover below.

“Public Safety,” from US Legal.com:

The prevention/protection of the public from crimes and disasters.  Fair enough.  No one but criminals wants crime.

“an action or omission that constitutes an offense that may be prosecuted by the state and is punishable by law.”

Add into the equation violence.  The core concepts from the first fraudulent sentence in MDA’s description concern ACTIONS.  Not THINGS.  What reforms and initiatives does MDA propose to curb criminal behavior?  Anyone?  None – they aim 100% to control people by disarming them.

Moving on to one of my favorite parts….

“We pass stronger gun laws and work to close the loopholes that jeopardize the safety of our families.”

By their admission, THEY PASS laws?  You have a group that pretends to be “grassroots,” which, by definition, are people that are citizens on the ground level.  How do they “pass laws” when they are not the legislature or an executive?  The answer to the question is because they have created a network of sympathizers, that includes our legislators and executives in government, through funding campaigns and supplying sound bites, to enact their will on the same.  This has been exposed time and time again with different OPRA requests that show the cause and effect of MDA’s ability to communicate directly with officials and receive preferential treatment from them, in particular New Jersey Governor Phil Murphy’s administration.

“We also work in our own communities and with business leaders to encourage a culture of responsible gun ownership.”

That is not true.  Responsible gun ownership is what the gross majority of law-abiding citizens already partake in.  MDA does not want even “responsible” gun ownership; they want NO gun ownership. In their correspondence, from an email obtained through an AmmoLand OPRA request, W160618 Moms Demand Action Phil Murphy 6-25-2020, with different NJ officials, they can be quoted in saying some of the following gems:

“I’m writing because as you probably know, there has been a surge in gun sales and ammunition in New Jersey…I’m just wondering if anyone in your office or the AG’s office is concerned about this.  Aside from the obvious problems of more guns in our state…”

“Gov. Murphy talking about being ready to challenge CCR (concealed carry reciprocity) in court if it passes.  That would be an NJ AG effort.  Could we set up a conversation with the NJ AG to discuss this?”

“….one topic Moms continue to seek help on is the so-called 2d Amendment sanctuary city issue.”

“The Troy A4 ‘other firearm’ – we’re concerned about this firearm that is being promoted by the NJ 2A society.  Is this legal in NJ?”

None of these statements have anything to do with responsible gun ownership; they have to do with restricting civil rights and outlawing firearms.

“…the obvious problems of more guns in our state…” does not actually address what they claim their issues are. It is just an attempt to stigmatizes lawful firearms.  Where is the Moms Demand Action Gun Safety Class?  I’d like to enroll in that, please.

No, Moms Demand Action is not staying in their lane.  They are conspiring with our elected representatives and officials to erode American citizens’ rights.  With that, we’ll part on a final quote concerning the veering off the road, putting forward the Nanny Bloomberg ideology of controlling everything.  In an email from Paul Crupi, the Senior Vice President of Capital Impact Group, the lobbyist firm working for MDA, we can see how far they wish to exert their power:

“…Everytown for Gun Safety is trying to position itself as an advocate for police reforms.  They will be participating in the AG’s listening session, but I was wondering if there is an opportunity for them to be a little bit more engaged with the administration’s efforts here.  They are ready to provide whatever assistance or resources they can.”

There you have it, folks.  The leadership of Everytown for Gun Safety, the host organization of Mom’s Demand Action, is now sticking their fingers in the subject of “police reform” and are willing to give whatever assistance and resources (money and screaming Karens) to make this a reality.  You can decide for yourself what “police reform” means, there is plenty of material out there to take in on this current movement and how it’s being presented.

From my vantage point, that has nothing to do with violence committed by criminals or championing responsible gun ownership, or anything the Mike “Nanny” Bloomberg funded organization claims to be about.  They are about people control, a key element of Bloomberg’s agenda…if this does not worry you, then look towards New York City and its recent defunding of the NYPD budget as a model for what the main financier thinks the way things should be across all of America.

John Petrolino is a US Merchant Marine Officer, writer, author of Decoding Firearms: An Easy to Read Guide on General Gun Safety & Use and NRA certified pistol, rifle, and shotgun instructor living under and working to change New Jersey’s draconian and unconstitutional gun laws. You can find him on the web at www.johnpetrolino.com on twitter at @johnpetrolino and on instagram @jpetrolinoiii

A Warning to Those That Want to Control Us

New Justice to the U.S. Supreme Court the Republic May Yet be Preserved

Every Word of Moms Demand Action’s Mission Statement, They’re NOT What They Claim