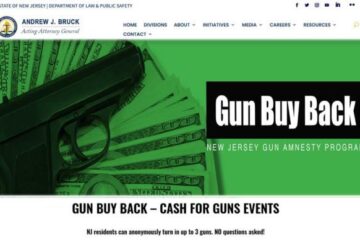 U.S.A. –-(Ammoland.com)- The Federal Hydra Shok Deep is the next evolution in the ever popular Hydra Shok line of defensive ammunition. In the release announcement earlier this year, Federal said that the new load was specifically developed for the FBI’s updated testing protocol.

When the original Hydra Shok was released by Federal in 1989 in response to a request from the FBI for a bullet that performed better than the loads available at the time. Hydra Shok ammo saw wide acceptance by law enforcement and self-defense shooters as a result of the ammo’s performance.

The boxes that I received were the same plastic boxes they have been selling the Federal HST in for the last several years in consumer markets. I only mention the packaging for one reason, because I hate it.

Normally I wouldn’t care about ammo packaging, but when flying somewhere you are required to use factory packaging to transport ammo in checked bags. I found the black plastic trays to be more fragile than I would expect. More than once I opened my bag to find loose ammo and a shattered box forcing me to leave the ammo behind when heading home with a broken box.

Note: I know that you can transport it in magazines in a pouch, but I have run into issues with that and been forced to surrender all of my ammo with the TSA.

While I didn’t have any issues, getting the boxes open can also be a challenge for some. I only mention this because I watched a range officer and an older range goer struggle with getting one open for several minutes. Eventually, I helped them get it open but I suspect that this wasn’t an isolated incident.

A Closer Look At The Cartridge

Federal uses the same nickel-plated case found on the HST loads for several reasons. First would be the ability for you to quickly identify that you have defensive ammo in your chamber during a press check. Yes, you should know what is in your gun, but being doubly sure never hurts.

Other benefits of the nickel-plated cases are corrosion resistance when being carried in magazine pouches or sweaty pockets. The nickel plating also slightly less friction than brass cases, theoretically improving feeding and reliability,

I shot the 135-grain Hydra Shok Deep at 10-yards as well as 25-yards in my ATEi milled Glock 19 with a stock barrel, Agency trigger, and my own stipple work. This gun is my every day carry in a PHLster Spotlight for TLR-7 as you see it below. Once the Glock 19 C slide I have at ATEi is back home and I have some time with it, expect a post on what I have found to be the perfect concealed carry setup for me.

Accuracy at 10-yards was superb with two shots straying from the very tight group. I know the one to the low left was a preignition push, something I struggle with constantly and try to fix with Ball & Dummy drill often. The other round to the top right of the group is a result of my support hand thumb doing some wonky stuff.

Realistically though, it is a pretty decent group but I know that the gun and ammo shoots better than this.

Jacob over at Concealedcarry.com gave me a hand with the ballistics testing. The Hydra Shok Deep had very consistent expansion and penetration as you can see below. He did note that the bullet didn’t expand quite as much as some of the other 9mm loads on the market, but again, they were consistent.

Penetration results averaged at 17.19″ after passing through two layers of denim material in calibrated ballistics gel. Jacob noted that all projectiles retained 100% of their weight but sadly didn’t share what width the bullets expanded to.

The testing that Jacob did with the lot of ammo I had tells me that it probably is good to carry. While it won’t replace the tried and true Federal HST 124-grain +p load that I prefer, it would be a good standby should I not be able to source the HST in the future.

At about a buck a round, the Hydra Shok Deep is priced in line with other premium JHP loads on the market. My only hope is that they offer some better packaging for the updated ammo.

There is a hidden benefit to the Hydra Shok Deep being a thing that you might not consider. Those Hydra Shok loyalists (a.k.a. old guys) might get tricked into buying a better load if Federal Premium discontinues the older, outdated Hydra Shok load.

Street price per box seems to hover around $20 even though the MSRP is $27.95. If you want to learn more about Federal’s Hydra Shok Deep, head on over to the Federal Premium website.

Patrick is a firearms enthusiast that values the quest for not only the best possible gear setup but also pragmatic ways to improve his shooting skills across a wide range of disciplines. He values truthful, honest information above all else and had committed to cutting through marketing fluff to deliver the truth. You can find the rest of his work on FirearmRack.com as well as on the YouTube channel Firearm Rack or Instagram at @thepatrickroberts.