Washington DC – -(AmmoLand.com)- The decision by Senators Kyrsten Sinema and Joe Manchin to keep the legislative filibuster has given Second Amendment supporters something they desperately needed: Time. The next two years will be critical, both to shift the Senate landscape and to also regain the House.

Sinema and Manchin are not the most reliable of champions. In 2018, we noted that Martha McSally was a better choice as compared to the former. The latter could have been replaced by West Virginia Attorney General Pat Morrissey. Those two races, and the failure to beat Jon Tester loom large now. Had we won, it would mean control the Senate stayed in GOP hands, and it would have been a massive check on the Biden-Harris regime.

That is not the case, though. But by keeping the filibuster, it means the Supreme Court keeps its sure 5-4 majority on Second Amendment cases (6-3 if Roberts wants to influence who writes the rulings). That means there is a chance for key Second Amendment cases, like the Duncan case, to reach the Supreme Court, and shift that landscape in our favor.

This also will halt some of the worst legislative efforts, like campaign “reform” legislation that really has silencing opposition to anti-Second Amendment politicians and legislation as its aim. Again, we have just seen that our chances of taking back Congress from those who would steal our freedoms have improved.

But more importantly, it gives us time to win a lot of the local and state elections that will dictate the course of the 2024 presidential election. These state and local races matter big-time, and in many cases, they take much less effort to win than a congressional race, much less some of the statewide races.

The fact that we are confronting what has to be the most hostile regime to our Second Amendment rights in America’s history require we step up. To build strength for the 2021 off-year elections and 2022 midterms that will shape future elections, Second Amendment supporters should support the NRA’s Institute for Legislative Action and Political Victory Fund. 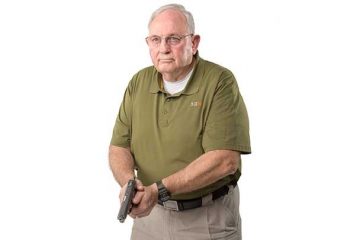