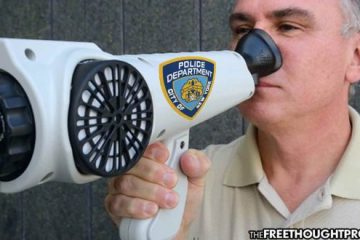 U.S.A. -(AmmoLand.com)- SAN DIEGO (November 18, 2020) — Firearms Policy Coalition (FPC) announced that the final pre-trial brief in Miller v. Becerra, its federal Second and Fourteenth Amendment challenge to the State of California’s ban on so-called “assault weapons,” was filed today. The brief can be viewed at FPCLegal.org.

The final pre-trial conference in Miller is scheduled to take place in San Diego on December 16, 2020, before Federal District Court Judge Roger T. Benitez, with the bench trial to follow on January 21, 2021. The plaintiffs are represented at trial by attorneys George M. Lee, John Dillon, and Erik Jaffe.

FPC’s brief argues that the “arms and conduct proscribed by the [State’s Assault Weapons Control Act] are categorically protected under the Second and Fourteenth Amendments and the Supreme Court’s precedents.”

It further argues that under the Supreme Court’s Heller decision, the ban is categorically unconstitutional and that the laws also fail strict and intermediate scrutiny, two approaches that courts sometimes use to decide constitutional questions. It concludes by requesting that the Court issue an opinion declaring the laws and regulations at issue are unconstitutional, as well as a permanent injunction preventing Attorney General Xavier Becerra, Department of Justice Bureau of Firearms Chief Luis Lopez, and all law enforcement throughout California from enforcing those unconstitutional laws against the Plaintiffs and all law-abiding adults in the State.

“Today’s brief, as we will prove at trial, shows just how incredibly broad and unconstitutional California’s ban on so-called ‘assault weapons’ really is,” said FPC Director of Legal Strategy Adam Kraut. “States and local governments may not criminalize the exercise of the fundamental, individual right to keep and bear arms. Through this and other cases, we intend to strike down and enjoin bans on common arms across the United States so that the People may lawfully exercise their rights without fear of arrest, prosecution, and imprisonment.”

The Miller v. Becerra case is another important lawsuit filed as part of FPC’s comprehensive strategy to defend freedom, advance individual liberty, and restore the Constitution and its guarantees for individuals throughout the United States. Individuals who wish to support the lawsuit can do so at JoinFPC.org and www.firearmspolicy.org/miller.

FPC is urgently seeking individual and FFL plaintiffs for a number of lawsuits that are being prepared to challenge laws and policies that infringe on fundamental rights, including (but not limited to):

If someone you know meets the criteria above, or if you would be interested in participating in litigation as a supporting FFL, please contact us:

If you would like to support FPC’s Miller case and many other pro-Second Amendment lawsuits, legal action, and research, please chip in $5, $10, $25, or whatever you can at https://www.firearmspolicy.org/donate or Join the FPC Grassroots Army at JoinFPC.org.

Failure Drill: A Proven Strategy to Stop an Attacker