GUN CONTROL SPENDS BIGLY. WHAT ARE THEY BUYING?

Reloading On A Budget Part 2: Turning Brass Into Loaded Rounds

Debbie W Schultz (D/FL) said during a TV interview that commercial air-travelers on domestic flights should not be permitted to transport guns and ammunition in checked baggage, as they are now on most airlines.

The liberal media stooge doing the interview dutifully nodded in agreement, mumbling “Something has to be done.”

She contemptuously dismissed a fellow commentator who mentioned that lawful American gun owners, including LEOs, hunters, et al fly routinely, every day, with their firearms and ammunition (properly packaged per TSA regulations) in checked baggage.

Of course, the “something that must be done” self-labeled “progressives” never want to say out loud is the complete, forcible elimination of privately-owned guns in America, the demolition of our Second Amendment, forcibly stripping all Americans of all guns. That is their perpetual wet dream, and the only way they can imagine that will insure against an incident like Friday’s airport shooting in FL.

While they’re at it, they’ll have to eliminate trucks too, eh?

All of Western Civilization is enmeshed in a global War with Islamic jihadists, and in case you missed it, it’s a shooting war.

We have to fight!

Converting ourselves into a nation of defenseless, helpless sheep is the only “solution” liberals like Schultz have to offer. Thinking in any other terms is, for them, impossible.

And yet, to my ears, her assurance of “peace and protection through impotence,” is less than inspiring!

Reminds me of “Airplane:”

“Ladies and gentleman, this is your stewardess speaking. We regret any inconvenience the sudden cabin movement might have caused…. There’s no reason for alarm, and we hope you enjoy the rest of your flight.

By the way, is there anyone on board who knows how to fly an airplane?” ~ Elaine Dickinson (played by Julie Hagerty) in the 1980 feature film, “ Airplane” 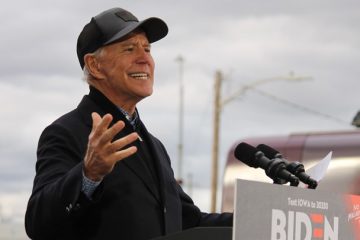