May 18, 2022 Guns In The News
Home»Commentary»Founding Fathers Quotes on the American Revolution and the Fighting Spirit for Independence
Commentary

For the Founding Fathers, the Revolutionary War was not simply a matter of principle – it was a matter of life and death. “Give me liberty or give me death” was, after the Declaration of Independence, not a statement of political radicalism, but a simple recognition of the facts. If the Founders had failed in their bid for a new and independent republic, it is very likely that they all would have been executed for treason.

After the Declaration of Independence, there was no going back. The only paths in front of the Founders were victory or death. They understood this and it undoubtedly fueled their fighting spirit through what was a long and difficult war against the most powerful and entrenched power of the 18th Century.

“As to the history of the revolution, my ideas may be peculiar perhaps singular. What do we mean by the revolution? The war? That was no part of the revolution; it was only an effect and consequence of it. The revolution was in the minds of the people, and this was effected from 1760 to 1775, in the course of fifteen years, before a drop of blood was shed at Lexington.” 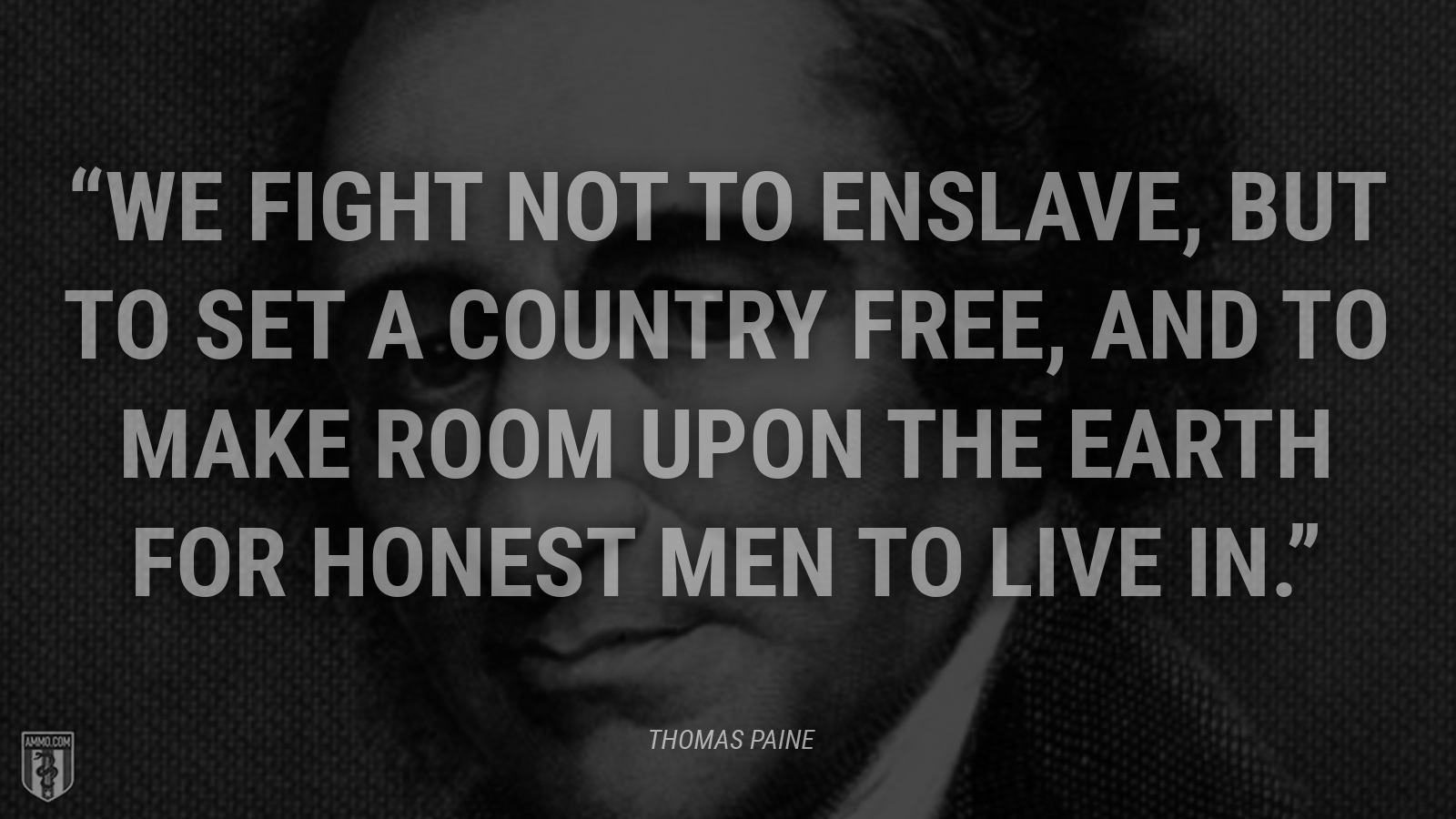 “We fight not to enslave, but to set a country free, and to make room upon the earth for honest men to live in.”

“It having pleased the Almighty Ruler of the universe to defend the cause of the United American States, and finally to raise up a powerful friend among the princes of the earth, to establish our liberty and independence upon a lasting foundation, it becomes us to set apart a day for gratefully acknowledging the divine goodness, and celebrating the important event, which we owe to His divine interposition.”

“These are the times that try men’s souls. The summer soldier and the sunshine patriot will, in this crisis, shrink from the service of their country; but he that stands it now, deserves the love and thanks of man and woman. Tyranny, like hell, is not easily conquered; yet we have this consolation with us, that the harder the conflict, the more glorious the triumph.” 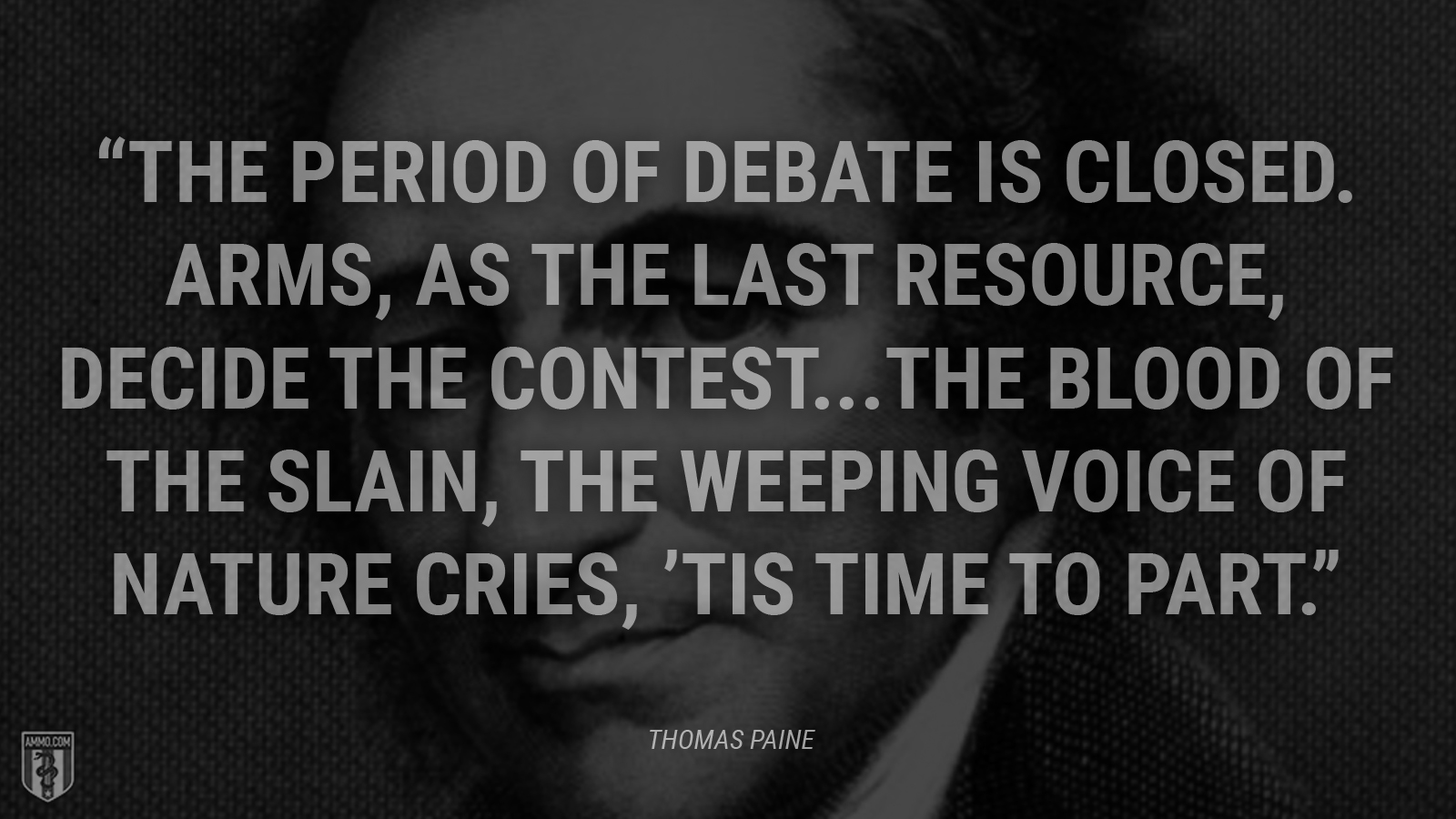 “The period of debate is closed. Arms, as the last resource, decide the contest…The blood of the slain, the weeping voice of nature cries, ’tis time to part.”

“Let us therefore animate and encourage each other, and show the whole world that a Freeman, contending for liberty on his own ground, is superior to any slavish mercenary on earth.”

“The time is now near at hand which must probably determine whether Americans are to be freemen or slaves; whether they are to have any property they can call their own; whether their houses and farms are to be pillaged and destroyed, and themselves consigned to a state of wretchedness from which no human efforts will deliver them. The fate of unborn millions will now depend, under God, on the courage and conduct of this army. Our cruel and unrelenting enemy leaves us only the choice of brave resistance, or the most abject submission. We have, therefore to resolve to conquer or die.” 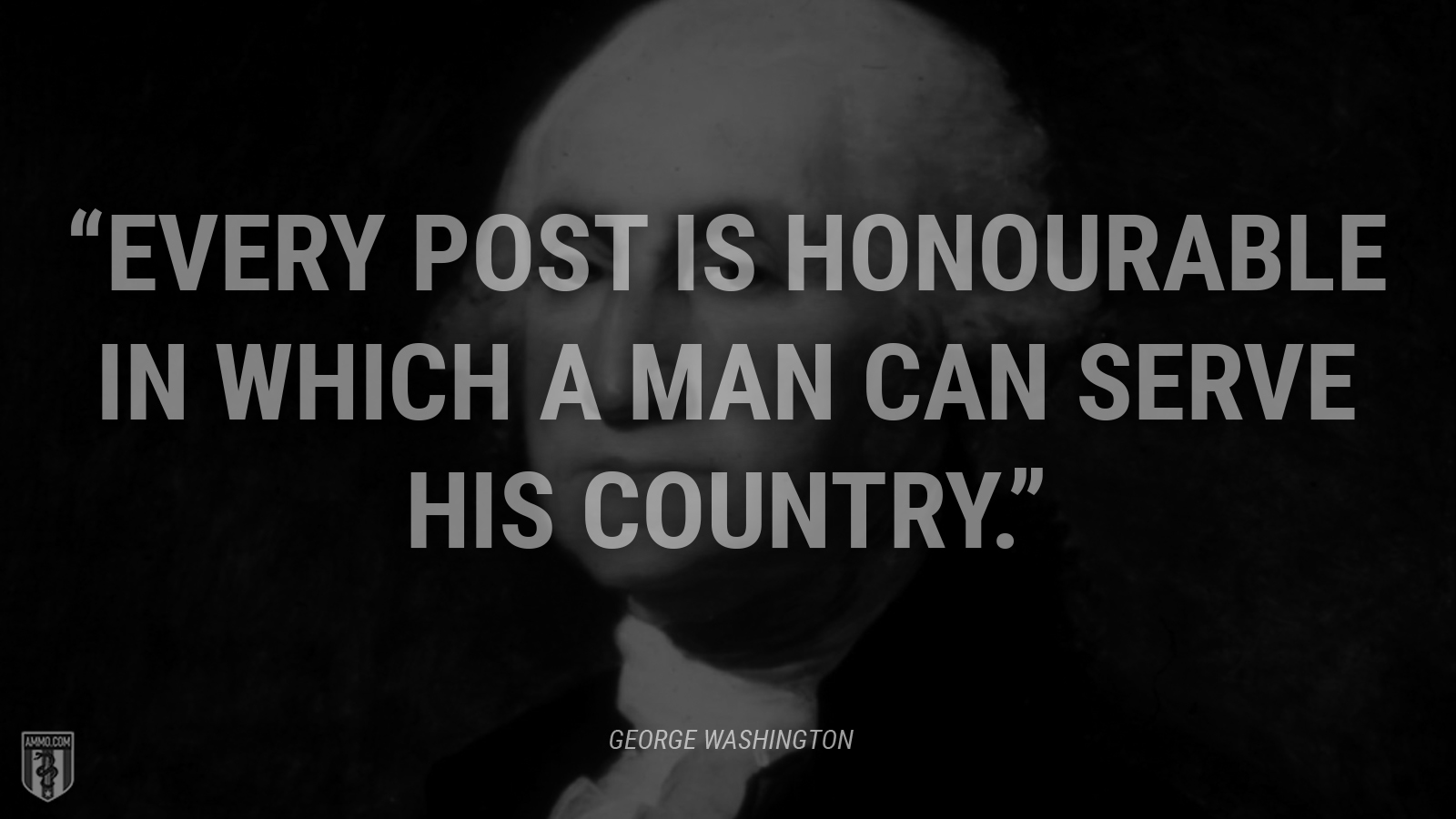 “Every post is honourable in which a man can serve his country.”

“I am well aware of the Toil and Blood and Treasure that it will cost us to maintain this Declaration, and support and defend these States. Yet through all the gloom I can see the rays of ravishing light and glory. I can see that the end is worth more than the means.”

“As Britain began to use force, it seemed absolutely necessary that we should be prepared to repel force with force. It is a true old saying that make yourself sheep and the wolves will eat you: to which I may add another, God helps them that help themselves. The General was secure, I suppose, that we would never be able to return the outrage in kind; but the defeat of a great body of his troops by the country people at Lexington, and the action at Bunker’s Hill, in which they were twice repulsed, and the third time gained a dear victory, was enough to convince the ministers that the Americans can fight, and that this was a harder nut to crack than they imagined.” 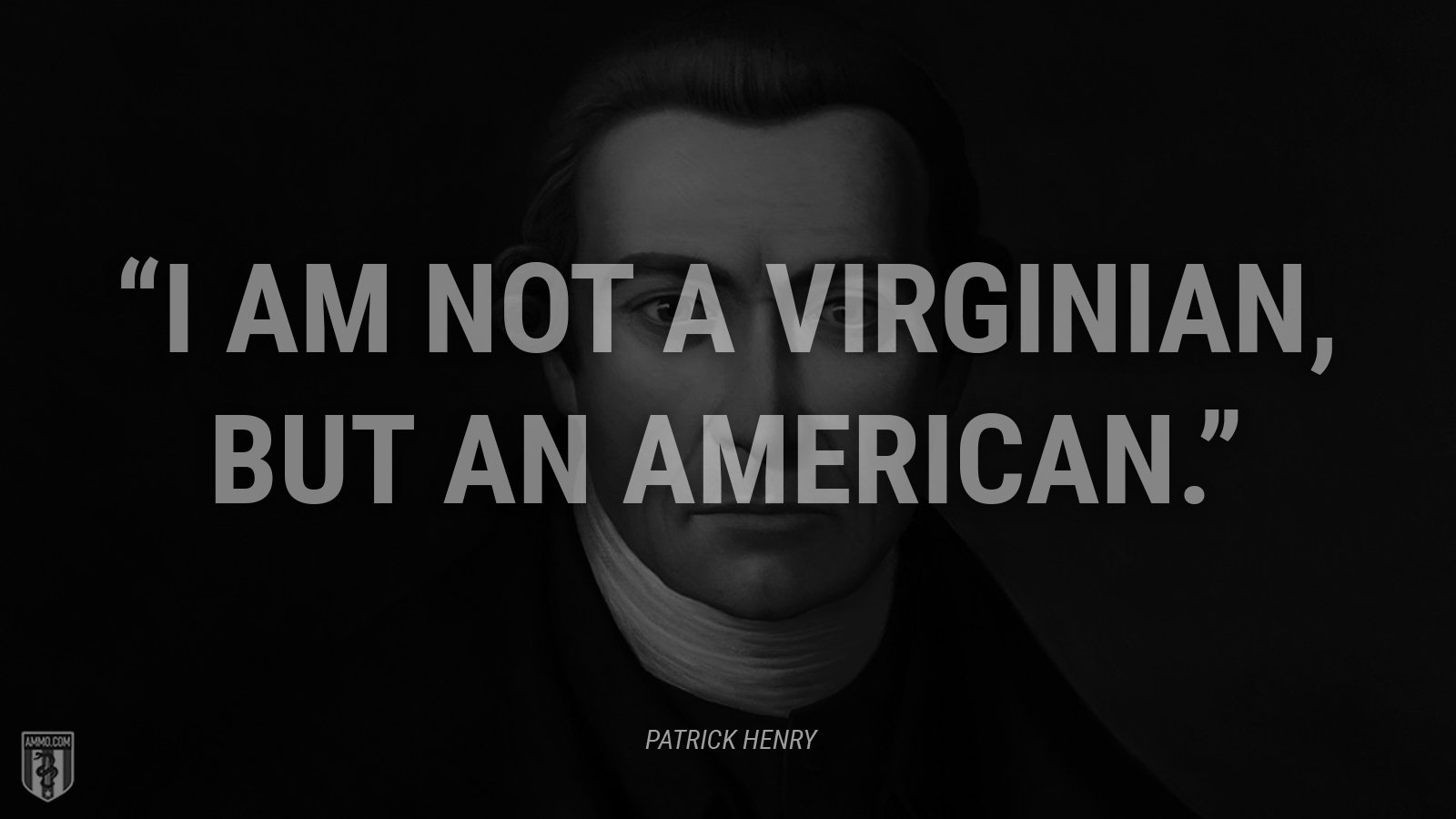 “I am not a Virginian, but an American.”

“Colonel Washington appears at Congress in his uniform, and, by his great experience and abilities in military matters, is of much service to us. O that I were a soldier! I will be. I am reading military books. Everybody must, and I will, and shall, be a soldier.”

“There is no retreat but in submission and slavery. Our chains are forged. Their clanking may be heard on the plains of Boston. The war is inevitable. And let it come! I repeat it, sir, let it come! It is in vain, sir, to extenuate the matter. Gentlemen may cry, peace, peace—but there is no peace. The war is actually begun. The next gale that surveys from the north will bring to our ears the clash of resounding arms. Our brethren are already in the field! Why stand idle here? Is life so dark or peace so sweet as to be purchased at the price of chains—and slavery? Forbid it, Almighty God! I know not what course others may take; but as for me, give me liberty or give me death!” 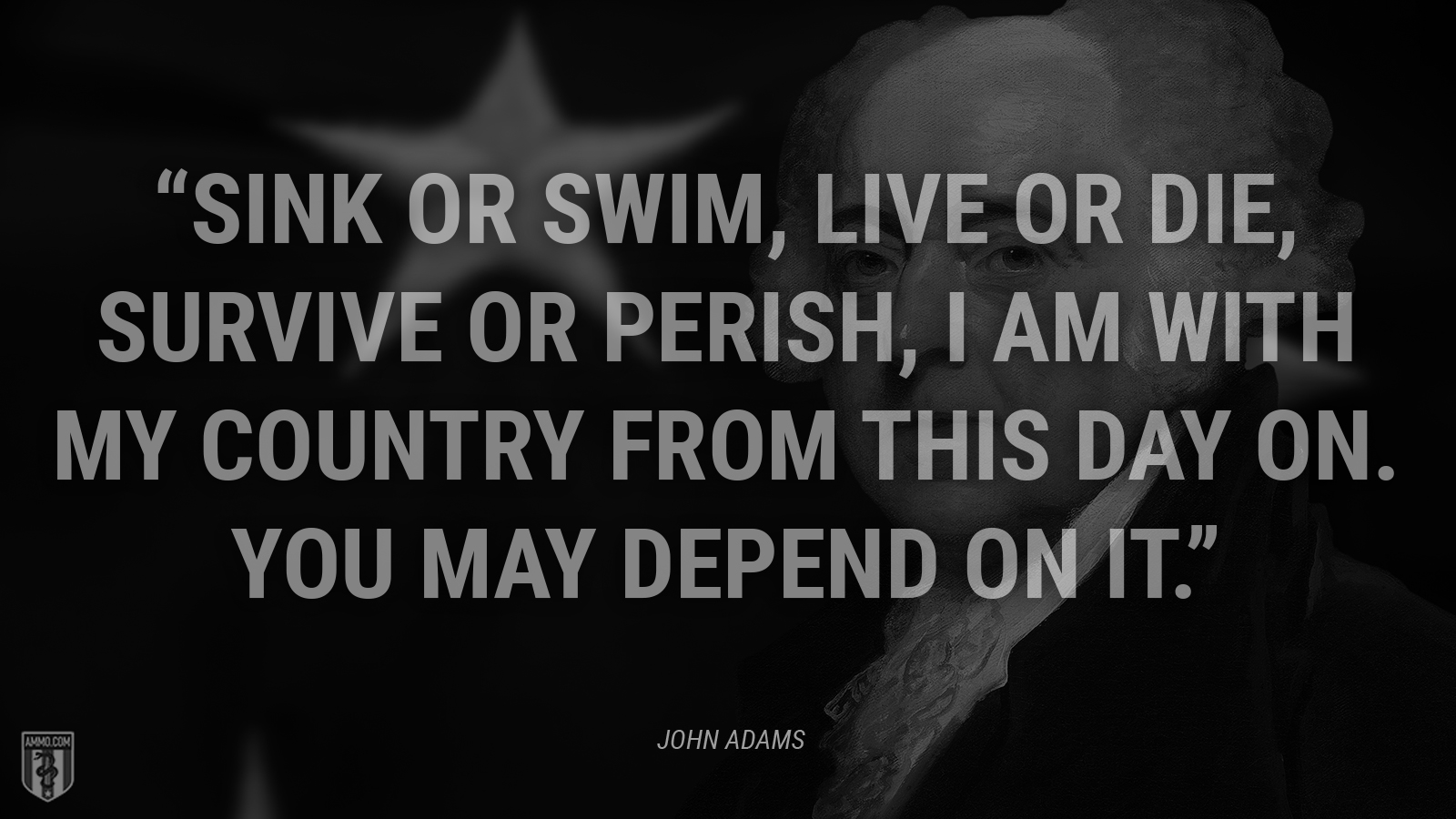 “Sink or swim, live or die, survive or perish, I am with my country from this day on. You may depend on it.”

“A settled plan to deprive the people of all the benefits, blessings, and ends of the contract, to subvert the fundamentals of the constitution, to deprive them of all share in making and executing laws, will justify a revolution.”

“This is the most magnificent Movement of all. There is a Dignity, a Majesty, a Sublimity, in this last Effort of the Patriots, that I greatly admire. The People should never rise, without doing something to be remembered—something notable And striking. This Destruction of the Tea is so bold, so daring, so firm, intrepid and inflexible, and it must have so important Consequences, and so lasting, that I cant but consider it as an Epocha in History.” 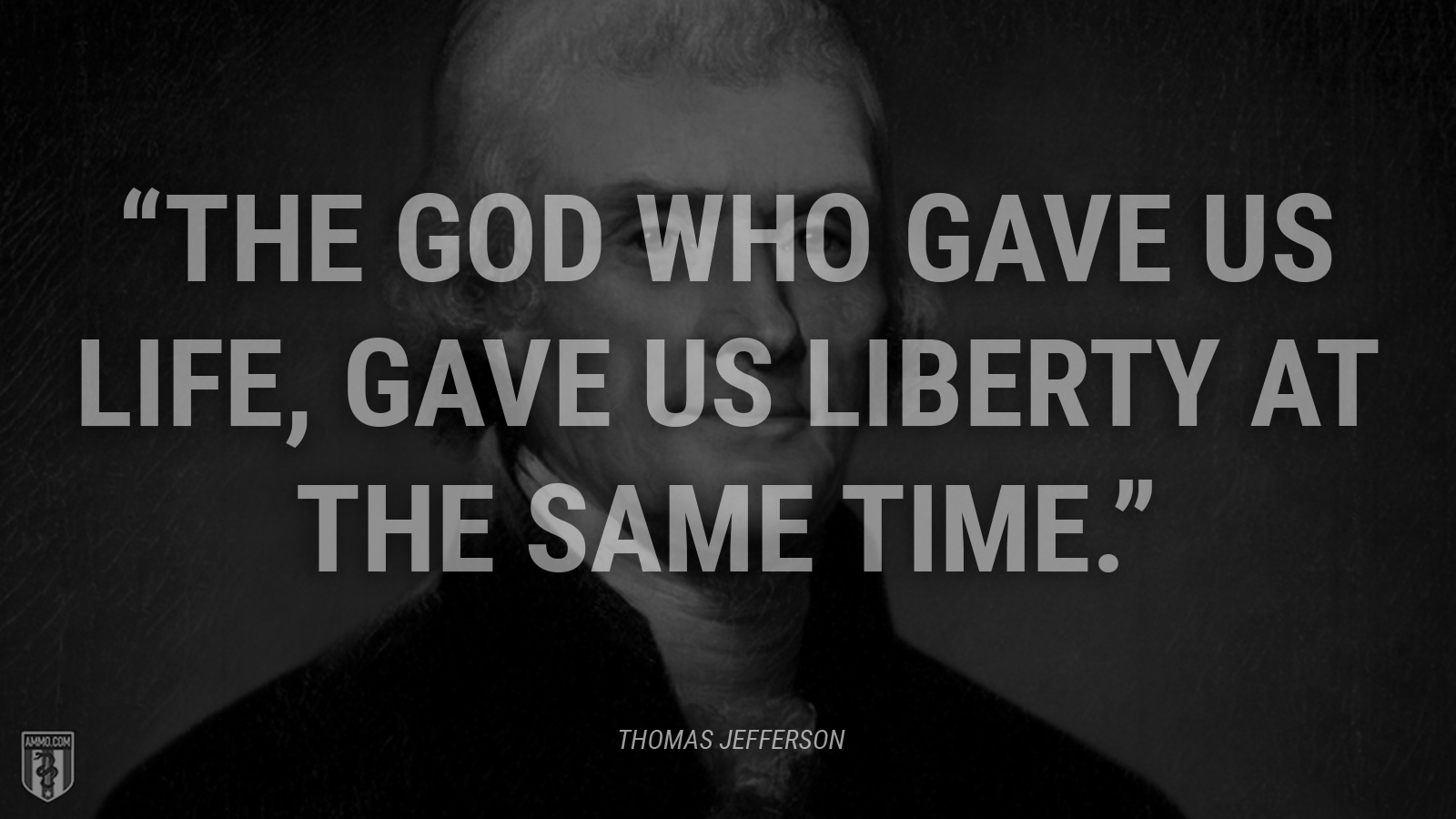 “The God who gave us life, gave us liberty at the same time.”

“The die is cast. The people have passed the river and cut away the bridge.”

“Then join hand in hand, brave Americans all! By uniting we stand, by dividing we fall!”

ON MEMORIAL DAY, WE CELEBRATE SUCH MEN AND WOMEN BECAUSE THEY LIVED