USA – -(AmmoLand.com)- No one has done more to strengthen the ability of the Taliban in their mission to perpetrate evil on the World than Joe Biden. While desperately trying to destroy the 2nd Amendment, Democrats are simultaneously handing over $83 billion worth of training and equipment to the enemy in a botched retreat from Afghanistan.

Aside from the fact that the Biden Administration pulled our military out while leaving unarmed and defenseless American Citizens behind, the enormous list of weapons and true military hardware that was gift-wrapped and handed to the Taliban is of great concern. The list of military equipment left behind in Afghanistan as a result of this haphazard military evacuation is extensive and includes the following:

This is the information you are not supposed to have. According to Forbes, the Biden Administration is not helping transparency by “hiding key audits on Afghan military equipment.”

A GAO spokesman said “The State Department requested we temporarily remove and review reports on Afghanistan to protect recipients of US assistance that may be identified through our reports and thus subject to retribution.” However, the reports included no recipient information.

Never in American history have we seen such military failure.

The idea that American Citizens, left behind in Afghanistan, would be left defenseless as Taliban fighters go door to door seeking them out while using the weapons this Administration left behind, leads any logical thinking person to believe that there were ulterior motives. This is a mistake that a group of third-graders playing backyard tag wouldn’t be so foolish to make. The top priority is to get your teammates to safety, but apparently, the Biden Administration had a different plan.

While Joe and his Cover-Up Queen, Jen Psaki, praise their Administration’s actions and try to convince American Citizens that leaders around the World support this decision, former Commander of British Troops in Afghanistan, Colonel Richard Kemp, spoke out specifically on the effects this decision will have on NATO. 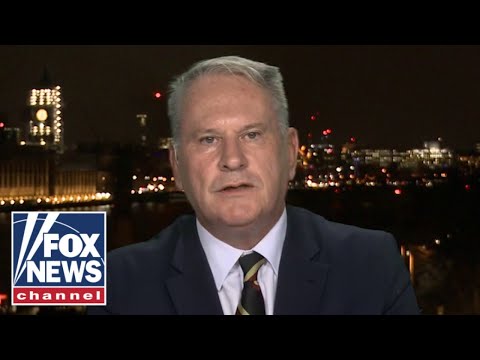 He added, “People have been talking about impeaching President Biden. I don’t believe President Biden should be impeached. He’s the commander-in-chief of the U.S. Armed Forces, who’s just essentially surrendered to the Taliban. He shouldn’t be impeached. He should be court-martialed for betraying the United States of America and the United States Armed Forces.”

If the Democrat’s goal was really to keep weapons out of the hands of dangerous people, wouldn’t Taliban fighters be at the top of that list?

New data reveals just how much danger the Biden Administration has put American Citizens in. In an effort to save face, Pentagon Press Secretary, John Kirby, said some equipment was destroyed. However, new photos of Taliban fighters using American weaponry is surfacing every day. It is unclear exactly how many weapons have fallen into the hands of the Taliban, but according to the Hill, even the Biden Administration has acknowledged it’s a “fair amount.”

So while Democrats are trying desperately to disarm American Citizens, they are simultaneously arming foreign terrorists to the teeth and beyond. Is this sheer incompetence or something else?

It will take articulate strategy and extreme force to repair the damage Joe Biden and his Administration have done. The effects the World will endure as a result of this colossal failure will be felt decades, possibly centuries into the future.

The Afghanistan debacle also reveals the left-wing gun hypocrisy here at home. Isn’t it interesting how we don’t see Shannon Watts and her angry mob of gun-grabbing misfits pleading to get “actual” weapons of war out of the hands of real Terrorists? This, even at a time when those weapons are pointed directly at defenseless, fellow Americans immediately after their “President” has abandoned them. Instead, Everytown is ramping up articles painting lawful, American gun-owners as Terrorists. The shameful behavior of these anti-American groups never seems to reach its pinnacle and the incompetence of this Administration is likely to result in the loss of American lives.

The 2nd Amendment is not a privilege.
It’s your right.

Readers: Feel free to download and share the above graphic on social media with proper credit, attribution, and links to AmmoLand News.

Dan Wos is a nationally recognized 2nd Amendment advocate and Author of the “GOOD GUN BAD GUY” series. He speaks at events, is a contributing writer for many publications, and can be found on radio stations across the country. Dan has been a guest on the Sean Hannity Show, NRATV, and several others. Speaking on behalf of gun-rights, Dan exposes the strategies of the anti-gun crowd and explains their mission to disarm law-abiding American gun-owners. The Loaded Mic