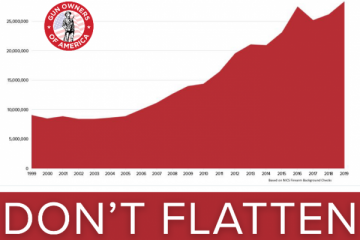 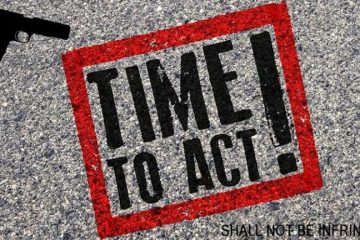 Black Guns Matter: Is The Mission Accomplished Yet for Maj Toure?

Why Polymer Pistols Are the Future of Handguns

Colorado Sheriff Rejects Training Certificate From Guns for Everyone

July 14, 2020 Guns In The News
Home»US News»Gun Owners Targeted for Disarmament Thanks to Republicans’ Secret Govt. Watchlist
US News

Waupaca, WI -(AmmoLand.com)- WGO has confirmed that congressional republicans are prepared to concede on gun control.

This amidst screams for reinstatement of the so-called assault weapons ban and implementation of a nationwide gun prohibition for anyone on a secret government watchlist.

And what kind of people, might you ask, are on such lists?

This is a very SCARY situation.

Mass hysteria is leading dumbed-down-by-TV Americans to blame you and me for the acts committed by a mass-murderer (which of course took place in a Gun Free Zone, where no one could defend themselves).

Based on their track record, I don’t believe our Wisconsin congressional delegation will stand up to all the gun ban schemes being introduced THIS WEEK.

Anti-gun bills being introduced include:

When the neo-con fifth column in Washington pushed for secret terrorist watchlists after 9/11 (in which millions of Americans are now cataloged simply for being gun owners or politically active), they opened the door to this kind of totalitarian abuse.

Now, the republicans’ chicken is coming home to roost – and YOU are the patsy to take the fall for the actions of terrorists.

This is how fascism takes root: Slow, slowly, then suddenly.

The more funding Wisconsin Gun Owners has available, the more we can do RIGHT NOW to hold our Wisconsin congressional delegation accountable.

2. Make a donation to WGO, your help is critically needed!

The Media, Terrorism and the AR-15

Colorado Sheriff Rejects Training Certificate From Guns for Everyone