U.S.A. – -(Ammoland.com)- “McRae moves past felony conviction to make a change in self, Rockingham,” The Richmond Observer reports. “When candidates file for political office, one of the questions they’re asked is if they’ve ever been convicted of a felony … According to a disclosure form, Michael Dekota McRae wrote down that he was convicted of ‘conveying a threat.’”

“After law school, I was convicted and served time in a federal prison,” McRae admits on his campaign website. “I made a mistake and I own my mistake. I paid my debt and I learned from my experience.”

He’s not owning anything if that’s as far as he’ll go. We went into detail on what McRae did five years ago on this site, highlighting findings by the Iowa Firearms Coalition that detailed how, as a legislative aide to an anti-gun politician he faked a racist hate hoax/death threat letter. He put white powder in the envelope and then opened it on the Iowa State Legislature floor during an active chamber session, forcing an evacuation of the Capitol.

His reason? He wanted to derail “stand your ground” legislation. Here’s what McRae said: 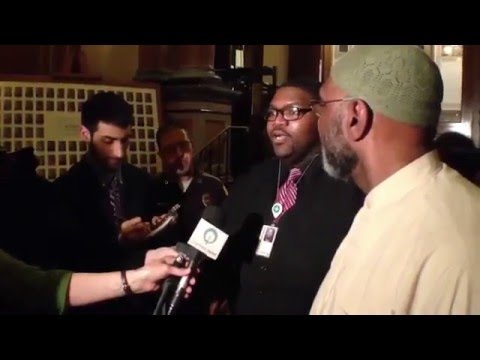 Sorry, but a “mistake” is where you’re adding numbers and neglect to carry over to the next column. This was a premeditated and evil plot that by all rights should have been treated as an act of terrorism, rather than with the prosecution — which had him dead to rights — simply charging McRae with “false information and hoaxes.” So much for “paying his debt.”

What do you think the feds and media would do if they could pin actions like this on one of the “Capitol insurrectionists” (with that fabricated term purposely placed in quotes)?

McRae minimizing his crime shows what he’s “learned from his mistakes” is that with the right level of constituency ignorance and citizenship malpractice, any criminal can be a successful politician. And that felony conviction making him a “prohibited person” doesn’t hamper his ability to blame guns for violence instead of perpetrators. From his website’s “Vision” Page:

“No child should be bullied into choosing gun violence over peaceful solutions.”

The attackers are the victims. With “progressives,” every day is Opposite Day.

If “underdog” McRae wins, we’ll see if he adds Rockingham to Michael Bloomberg’s Mayors Against … Guns. With the hypocrites, grifters, thugs, perverts, and misfits occupying that “wretched hive of scum and villainy,” he certainly appears to have all the needed criminal qualifications to be a good fit.