October 15, 2021 Guns In The News
Home»Commentary»How Many Gun Magazines Do You Really Need? ~ VIDEO
Commentary

How Many Gun Magazines Do You Really Need? ~ VIDEO

U.S.A. -(AmmoLand.com)- “How many mags do you need?” is an often-asked, albeit somewhat pointed, question by wives to their husbands when a gun collection is seemingly growing out of control. And to the non-gun-person, it seems like a straightforward one – but it’s definitely not.

Why? Because the answer is, “it depends” and if you’re already imagining your wife’s furrowed brow, read on. I’ve got the perfect answer, and a rule of thumb to abide by when trying to answer that imponderable question to the most important person of all – yourself.

How Many Mags Do You Need?

All of them! OK, no, not all of them, but that often feels like the right answer. But like I said before, the proper response to that question depends on a number of factors as well as the gun itself, the role that gun serves, and the manufacturer and age of the gun. So let’s dive right in.

For those of you reading who have the attention span on a gnat, buy between three and five magazines, and you should be solid. Three magazines means you’ll have enough to shove in a bugout bag without having to worry about having enough ammo on you for a life-or-death scenario, while five ensures that plinking sessions on the range are spent shooting and not loading magazines.

Personally, I’m not happy when I buy a new gun if I don’t at least have three magazines for it. And this is a rule I followed even when I was a poor college kid literally eating instant noodles to save up enough cash to buy ammo and magazines for my favorite guns. And before you tell me that inflation has made this infeasible, I did so in a ban-state, Massachusetts. So I was paying $30 for AR-15 and AKM magazines that the free parts of the country only had to spend 10 bucks on.

But there are vastly more factors to take into account, so read on.

The aforementioned rule isn’t a hard one at all. More of a basic guiding principle. In fact, I normally suggest new shooters go with a minimum of three magazines for magazines that hold more than 15 rounds. This just helps with extending shooting range sessions and preventing them from having to fight sore fingers from loading magazines when learning the basics of shooting.

For guns like the M1911 that only hold between seven and 10 rounds, I recommend a minimum of five magazines. That allows a shooter to load an entire box of pistol ammo in magazines which makes transportation easier with the benefit of not having to constantly load magazines at the range. One exception to this exception (exception inception?) is concealed carry and home defense guns. For these guns, I always recommend a minimum of five mags.

Yes, this can be expensive, but as I mentioned previously, spend your time wisely practicing, not loading magazines. This is doubly so for shooters who don’t have access to a private range or have to drive a long distance to one. After all, do you really want to drive 90 minutes to the range only have enough time to shoot 50 rounds of 9mm before driving another 90 minutes back?

While your favorite gun may have cheap, plentiful magazines available for it right now, who knows what the future may hold? This is why when surplus AKs and accessories were coming in from overseas at very affordable prices, I told friends to buy as many magazines as they could afford because they’ll only become more expensive. Ask guys who bought FALs 20 years ago, or M1 carbines in the 1970’s – ammo and magazines have gone up exponentially in price since then. An older shooter once told me, “Today’s high prices are tomorrow’s deals.” and his advice continues to prove itself true.

So how many magazines should you buy for a gun whose magazines are currently affordable? Ideally, a minimum of 10. But if you see them for an insanely low price, buy more. I own several dozen firearms and hundreds of magazines, and not once have I ever said, “I wish I hadn’t bought so many magazines!”

While I’m sure most of you know this, I feel I would be remiss if I didn’t bring it up. Stay within your budgetary constraints. Don’t prioritize magazines, ammo, or guns (unless things are looking very dire, and you don’t have anything to defend your family and yourself with) over any essentials. Yes, it would be very cool to own a Barret 50 with enough ammo to keep it fed for years, but if doing so results in your family living in rags,  it probably wasn’t the right choice.

4th Exception – Role, How Many Gun Magazines Do You Need for Your Sniper Rifle?

I already touched on this early with the concealed carry guns, but some guns don’t really need many magazines. For example, a PRS rifle probably doesn’t need five magazines, since you’ll be taking your time firing the rifle at long distances, and basically never doing a tactical reload. Another example would be a British SMLE or a SWISS K31 – yes, both of these guns take detachable magazines, but they can just as easily be reloaded with stripper clips, and spare mags for them are prohibitively expensive.

Final Answer of How Many Gun Mags You Need is…?

Again, while the exceptions above still apply, if I’m buying a gun for hard, serious, or competitive use, I like to have five magazines. To me, this strikes the balance between efficient use of time at the gun range and minimizing the monetary impact on my bank account. But maybe I’m crazy, and I actually need 50. Tell me how many magazines you think a shooter needs in the comment section below.

The Magazines Seen in this Video.

Jim is one of the elite editors for AmmoLand.com, who in addition to his mastery of prose, can wield a camera with expert finesse. He loves anything and everything guns but holds firearms from the Cold War in a special place in his heart.

When he’s not reviewing guns or shooting for fun and competition, Jim can be found hiking and hunting with his wife Kimberly, and their dog Peanut in the South Carolina low country.

How Many Gun Magazines Do You Really Need? ~ VIDEO 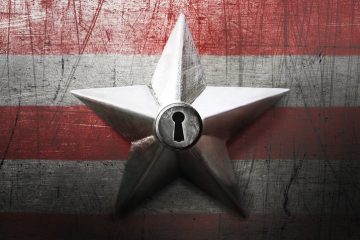