From the mid- to late-19th century, many armies around the globe went through similar processes of upgrading from muzzle-loading to breech-loading service rifles. By the 1860s, the muzzleloading rifle had reached its pinnacle, with models that were well-designed and made for the era. However, the advent of breechloading mechanisms and self-contained cartridges meant that the muzzleloader was obsolete on future battlefields. Thus, many nations rapidly sought stopgap measures to gain breechloading service rifles by converting existing muzzleloaders. 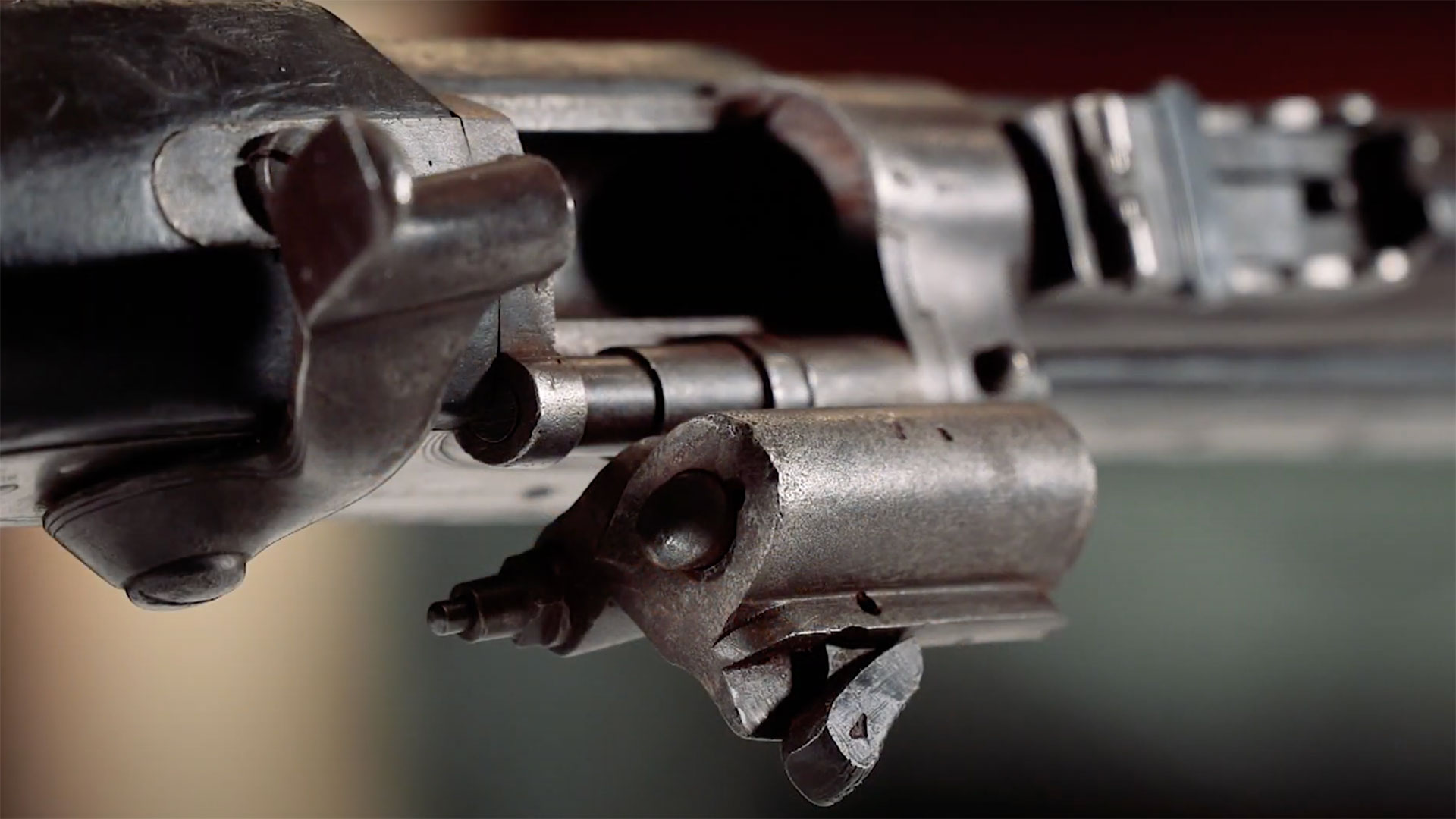 A view of the breech bolt of a Snider-Enfield converted Pattern ’53 opened, revealing the chamber.

The same was true for the British, which had developed by that point the Pattern 1853 Enfield rifle-musket. This pattern of rifle-musket was widely popular and used extensively around the world at the time, to include use by both northern and southern forces during the American Civil War. During the war, an American inventor, Jacob Snider, developed a breech-block conversion for conventional rifle-muskets.

A view of the breech bolt of a Snider-Enfield converted Pattern ’53 opened, revealing the chamber.

This system incorporated a large breech block that would close over a chamber added to the breech portion of a converted musket. The block contained a firing pin, activated by the existing percussion hammer. The block was attached via a hinged pinion on the right side of the receiver, allowing it to be pulled up and to the right to open the chamber. For extraction, the breech could be pulled rearward, moving an extractor which pulled on the rim of the early metallic cartridges used. 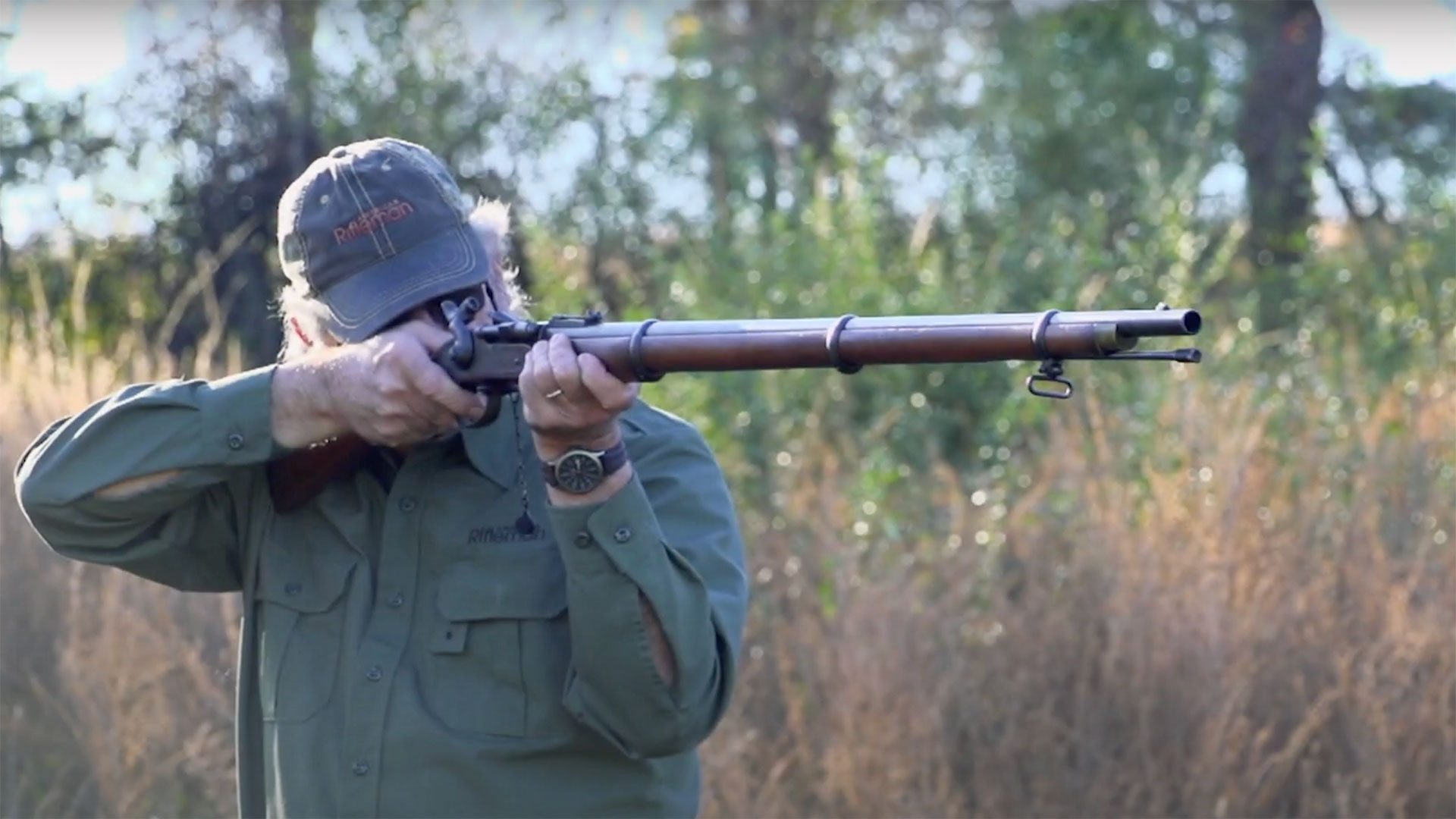 Firing a Snider Enfield breechloading rifle on the range.

While the United States military did not select Snider’s design, the British selected it as a conversion for the Pattern ’53 in 1866. This conversion allowed existing Pattern ’53 Enfield rifle-muskets to be cheaply and relatively easily converted into single-shot, breechloading rifles. A .577-cal. metallic-cased cartridge was specifically designed for these converted breechloaders, making them far easier to fire and reload in rapid fashion compared to their muzzleloading counterparts. The Snider-Enfield rifles and carbines served extensively throughout the British Empire up until 1874, when the Martini-Henry began to phase it out. It remained in reserved use with the British up into the 1890s, and usable specimens can still be found on the surplus market today.