August 8, 2022 Guns In The News
Home»Commentary»I Have This Old Gun: Multi-Shot Muzzleloaders
Commentary

I Have This Old Gun: Multi-Shot Muzzleloaders

Even during the era blackpowder propellant and flint ignition, the pursuit for a repeating firearm was a concept on the mind of many designers and innovators of the time. The goal was simple, to develop more efficient arms that could allow the user to get off as many shots as possible with minimum effort. However, the limitations of the technology available, namely the reliance on a flint-ignited charged loaded from the muzzle of a single barrel, limited the number of safe possibilities for such a firearm. 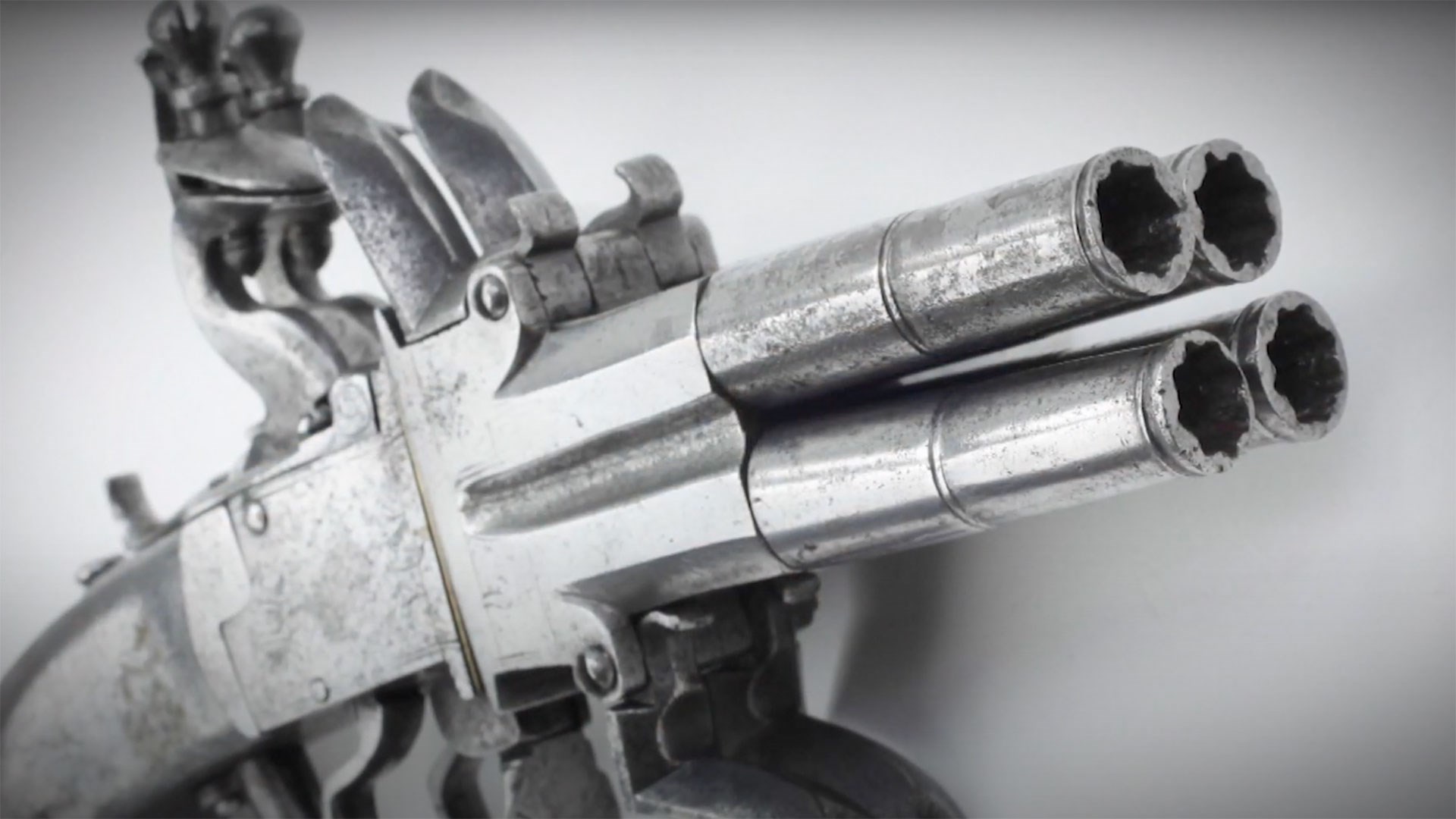 An example of multiple barrels on a flint-lock pistol.

Certain avenues that were considered at the time included the use of multiple guns, for example pairs of pistols, or multiple barrels on a single gun. These multiple barreled versions allowed each barrel to be fired separately, giving multiple shots, while adding weight and complexity to the overall design. Another concept emerged during this period, to load several loads of powder and ball into a single barrel instead of relying on multiple barrels. This concept called for several flash holes cut into the barrel at the location of each separate charge inside the barrel. 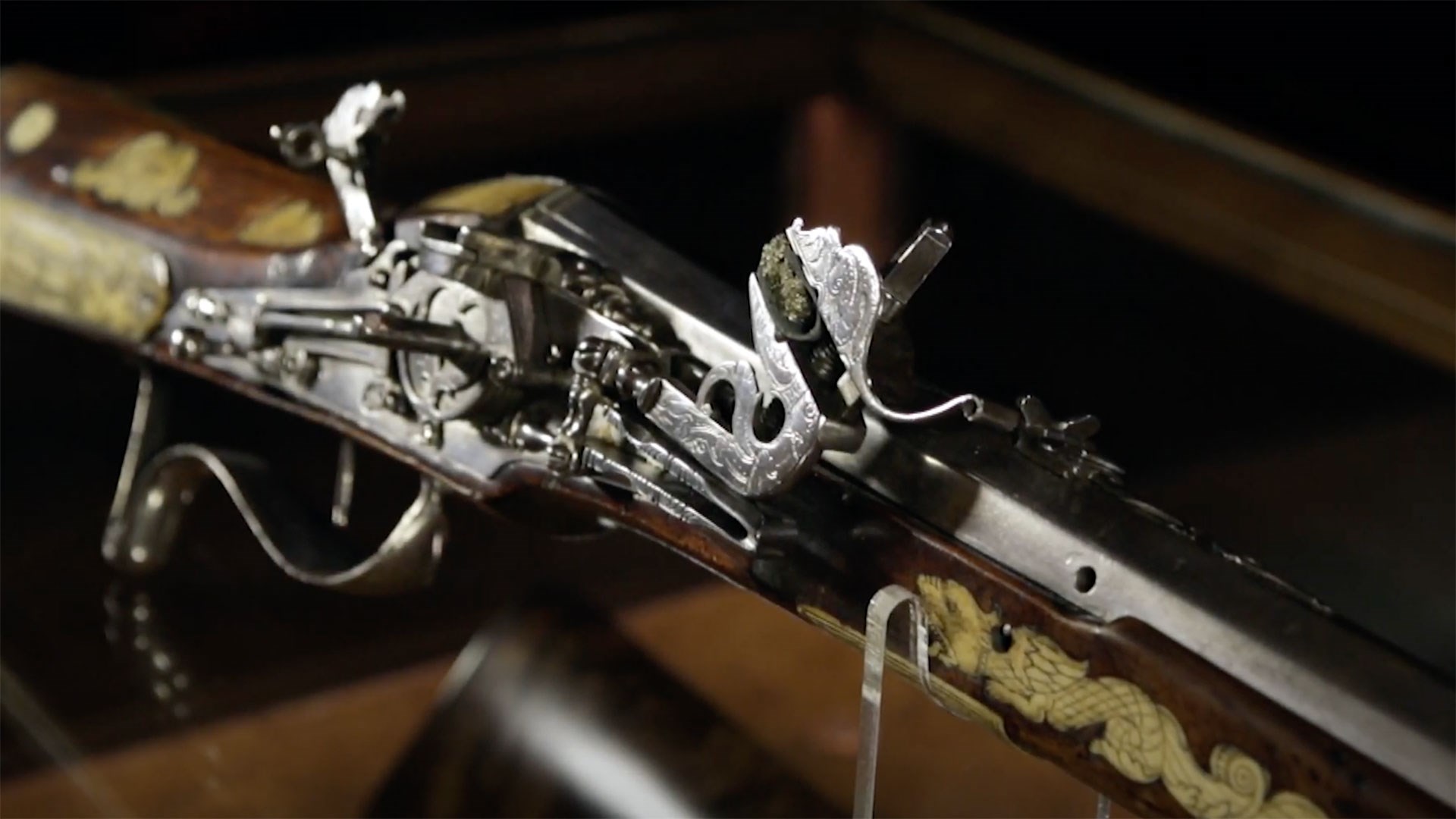 The “superposed” loaded wheel- and flintlock musket from the 16th century.

The ignition would work separately from front to rear, with the goal being the ignition and launch the first load in the stack without setting off the other charges behind. These arms came to be know as “superposed” loaded guns. Several different versions of these “superposed’ loaded firearms were developed throughout the black powder era. One interesting example can be found in the NRA Museum’s collection, a 16th century arm from Germany that could fire 16 “superposed” loads through the use of two separate wheel locks and a flint lock attached at different points along the barrel. 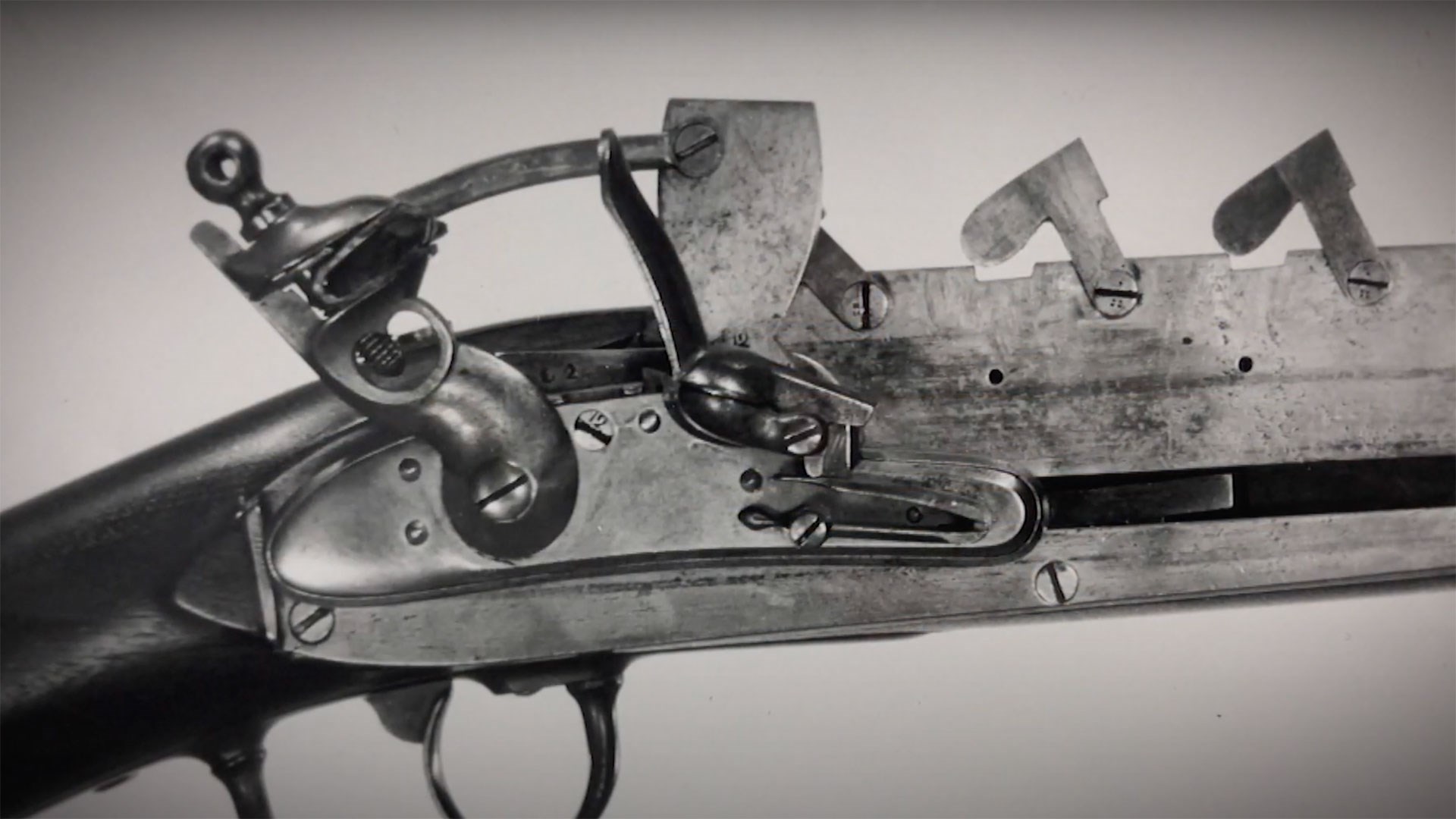 A “superposed” loaded multi-shot, flint-lock musket with a moving lock and several flash holes in the barrel.

Another example of a “superposed” design includes flintlock muskets with a moving lock and multiple flash holes along the rear side of the barrel. With this design, the lock would be pushed to the furthest point to fire the first shot, then moved back to the next point to fire the next load in line. Even as firearms technology continued to improve during the 19th century with the development of percussion caps, the concept of “superposed” loading continued to pop up. 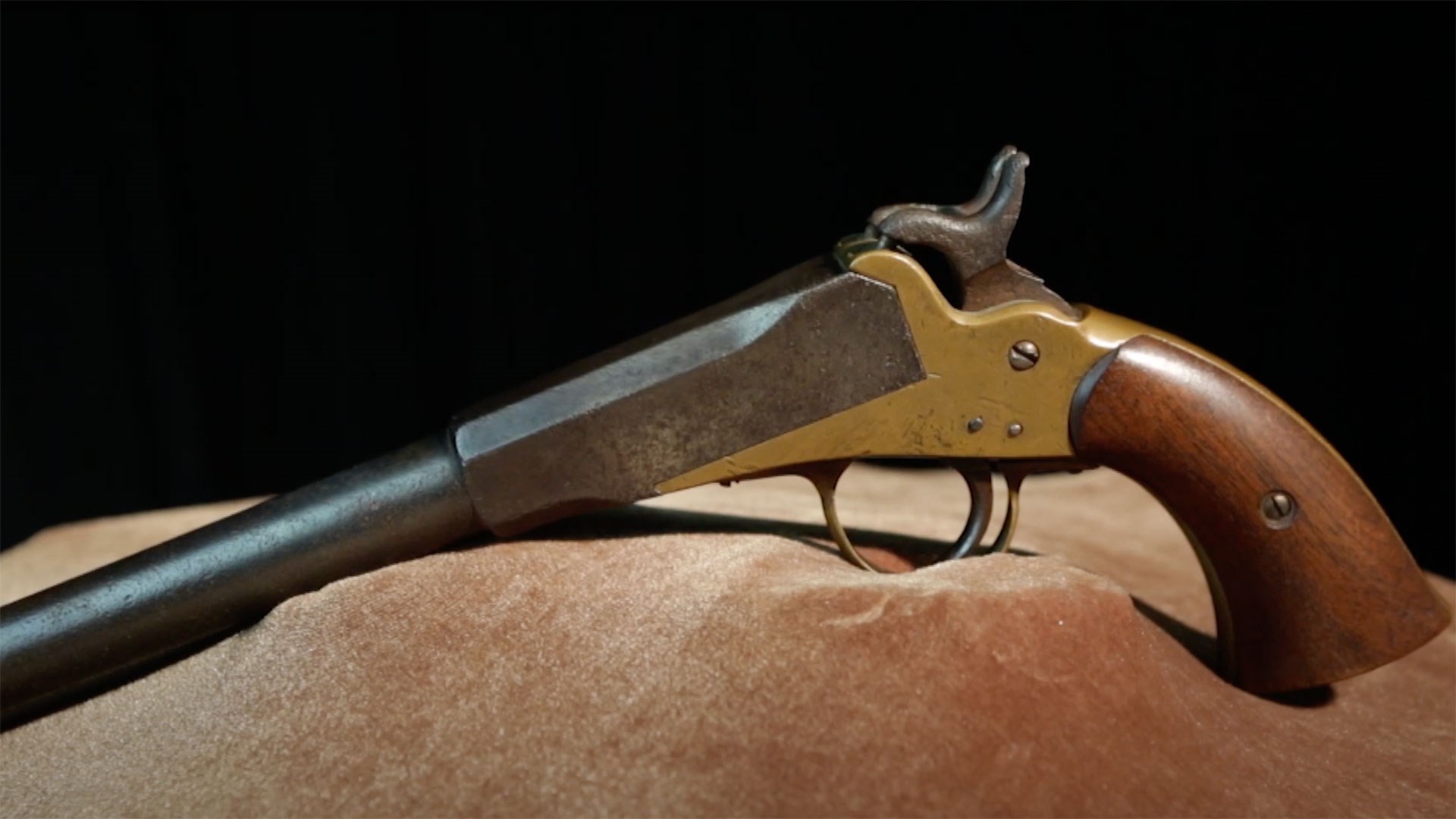 One such example is the Lindner pistol, which uses two separate hammers and caps to, ideally, ignite two charges loaded into the single barrel. It wasn’t until the development of more efficient repeating designs, like revolvers, lever action and bolt action operated arms, along with the development of self contained ammunition, that the concept of “superposed” loaded firearms finally fell to pages of history. Despite being more curiosities than practical arms today, many such firearms can still be found in the collectors market, though it’s unlikely that many owners still fire such arms.

I Have This Old Gun: Multi-Shot Muzzleloaders