On Monday, 19 December, 2016, Ohio Governor John Kasich signed SB 199, a gun law reform bill.  SB 199 does away with gun free zones at airports outside the secure area, school “zones” away from actual school property, and some public buildings. It allows schools of higher education more leeway in setting their own policies. From toledoblade.com:

Senate Bill 199 would lift the state’s current ban on carrying concealed firearms in day-care centers, airport terminals, school safety zones, and certain government buildings and would give public colleges and universities the authority to allow weapons on campus.

SB 199 passed the legislature 68-25 in the House and 22-8 in the Senate, both with veto proof majorities. The bill started as a bill to allow active duty military to carry in the same places as those allowed to concealed carry permit holders. It was combined with a bill to make it legal to carry concealed in areas where open carriers were already allowed.

The bill gained momentum from the car and knife attack at Ohio State University on 28 November, 2016.  The officer who stopped the attack, Alan Horujko, was reported to be a competitive shooter.  From cincinnati.com:

Horujko, who listed himself as a “competitive shotgun shooter,” trained to be a police officer at the Delaware Area Career Center. He worked as a security guard and then as an officer for OhioHealth hospitals in Columbus.

The attack has been claimed by ISIS and brought increased calls for campus carry reform.

The move to allow colleges and universities to decide whether or not to allow carry on campus seems like a reform. I doubt that it will have any real impact. I have read of only one institution of higher education that voluntarily allowed campus carry. That is Liberty University in Virginia. As a private institution it is not constrained by Virginia law. I do not recall a public university or college that has voluntarily decided to allow concealed carry.

There are significant other provisions in the bill. The bill, as passed, is 66 pages long. It can be read here as Am. Sub. S. B. No. 199 As Passed by the House in pdf format.  Here are some of the other provisions,

Reform bills such as SB 199 will continue to reduce the number and size of official gun free zones.

©2016 by Dean Weingarten: Permission to share is granted when this notice is included.

Home Invader Shot & Killed By Homeowner, While Buddy’s Run Off 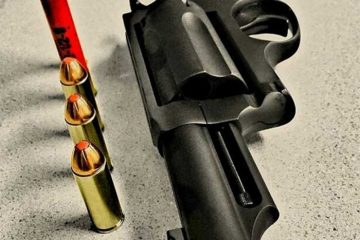