The shotgun’s hallmark is a distinctive stock whose innovative measurements were formulated by Gil Ash, the celebrated shotgun instructor and visionary who has pioneered the marriage of brain research and high-tech into the curriculum of the OSP Shooting School in Fulshear, Texas.

In another industry advance, Mossberg’s anticipated shotgun is packaged with a complementary two-month subscription to the OSP School Knowledge Vault – an online repository of more than 800 OSP wing and clays training videos (filmed with a ShotKam II HD gun barrel camera) and animations as well as how-to articles, blogs and book excerpts (currently 4,000 pages of written data) by Gil and Vicki Ash.

This makes the upcoming Mossberg shotgun the first to include an owner’s manual that addresses gun safety, assembly and maintenance as well as instructions for using it on the clays range and in the field.

Mossberg officials said the 12-gauge gas shotgun will be announced and displayed at the 2016 SHOT Show, held January 19-22 at the Sands Expo Center in Las Vegas, Nevada. Mossberg’s exhibition booth is number 12734. At the time of our briefing Mossberg has no plans to manufacture a 20-gauge version. First shipments of the Mossberg’s family shotgun are slated for early March 2016.

As demonstrated to a handful of industry journalists at the OSP facility at the American Shooting Center in Houston, Texas, prototypes of the new Mossberg family shotgun were able to fit all the participants – including several women plus Mr. Ash’s business partner and wife, Vicki Ash.

Read the rest of “Mossberg Readies Gender-Neutral, Family Shotgun With Stock Designed By The Legendary Gil Ash” at  http://tiny.cc/rz5a6x

Shotgun Life is the first online magazine dedicated to the best in wing and clays shooting. You can read it at www.shotgunlife.com.
Source 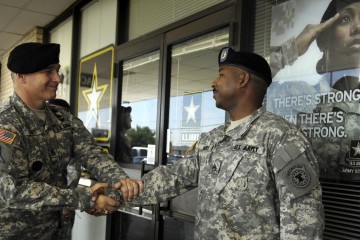