January 19, 2022 Guns In The News
Home»Commentary»One Board Member’s Last-Ditch Effort to Save the NRA
Commentary

One Board Member’s Last-Ditch Effort to Save the NRA

USA – -(AmmoLand.com)- Phillip Journey has spent his entire adult life advocating for gun rights. He has been a judge, a legislator, and an activist. He’s served as the president of the Kansas State Rifle Association. Now he’s a member of the NRA board, and he’s taking on one of the gun-rights movement’s highest-profile leaders: NRA CEO Wayne LaPierre.

And he’s appealing directly to NRA members for help.

He said members need to choose between two paths. Either stick with LaPierre’s leadership and try to fight the NRA’s dissolution in New York court or go with his plan to get a court-appointed NRA members’ committee to oversee leadership changes and reform the group.

“It’s a pretty easy choice,” Journey told The Reload. “The bottom line is the consequences have such a steep downside that we have to fix things. The future of the Second Amendment and the Republic itself is at stake.”

He is currently trying to raise $100,000 from NRA members by next Tuesday to appeal a federal judge’s decision last week to dismiss the gun group’s bankruptcy case.

He’s joined by NRA board members Owen “Buz” Mills and Rocky Marshall. The board members want a judge to appoint a trustee to take over NRA operations and a committee of NRA members to decide on the group’s future.

“The goal is to restore trust in the leadership,” Journey said. “To have sound corporate governance. To stop the financial abuses. To create a set of rules that we can follow and operate efficiently. And to enforce those rules on everybody. A lot of times, they put rules in place and enforced them on everybody but Wayne.”

He pointed to multiple examples of admitted malfeasance by LaPierre in court, including diverting $300,000 in NRA funds to his personal expenses (though he’s accused of diverting millions more) without punishment and skipping compliance training mandated for all NRA employees.

“That’s just another thing where my jaw hits the floor,” Journey said. “Every day, my jaw would hit the floor.”

The appeal is the second attempt by Journey and his allies to use the bankruptcy initiated by LaPierre to oust him and reform the group. The first attempt was to get the judge to appoint an examiner to look at the finances of the group and report irregularities to a members’ committee. It was dashed alongside LaPierre’s own plan to move the NRA to Texas and block New York Attorney General Letitia James (D.) from seizing their assets in state court.

Experts said an appeal would be a long shot.

“It’s pretty hard to get a case dismissed as a bad-faith filing, but this always seemed to satisfy the hard-to-satisfy standard,” Matthew Bruckner, a Howard University professor and bankruptcy expert, told The Reload on Thursday. “The decision seems well-grounded in the Fifth Circuit’s legal precedent, and the facts were admittedly ‘cringeworthy.’”

NRA leadership appears to agree since they plan to move forward with their defense against James’s dissolution suit back in New York. NRA lawyers had argued the bankruptcy was necessary to protect them from having their assets seized by James but are now turning back to the state case instead of appealing.

Journey is more confident. He admitted the appeal is a heavy lift but said he believes there is a “reasonable chance at success” and argued it was the least-bad option available.

He said it is more likely to succeed than either fighting in New York court or trying to reform the group internally. Only about 40 percent of the NRA board has bothered to show up at the two emergency board meetings regarding the group’s bankruptcy. All but four of those who did show up voted to approve the bankruptcy filing despite LaPierre not informing them of the filing, or even the possibility of bankruptcy, until after it happened.

Journey said his confidence that an appeal offers the best possible outcome was driven by the end of Judge Hale’s ruling dismissing the case.

“Should the NRA file a new bankruptcy case, this Court would immediately take up some of its concerns about disclosure, transparency, secrecy, conflicts of interest of officers and litigation counsel, and the unusual involvement of litigation counsel in the affairs of the NRA,” Hale wrote, “which could cause the appointment of a trustee out of a concern that the NRA could not fulfill the fiduciary duty required by the Bankruptcy Code for a debtor in possession.”

If a trustee is appointed, they are likely to remove LaPierre and other members of NRA leadership facing accusations of self-dealing and impropriety. As the judge noted in his ruling, a trustee is not designed to run a sprawling nonprofit like the NRA. That’s why Journey believes the judge would also agree to set up his NRA members’ committee to oversee the group’s reformation.

“The end of the plan is to create a members’ committee that would ultimately end up having the knowledge and the resources and the desire to restore sound governance and management to the NRA,” he said.

A collection of vocal proponents for the removal of LaPierre have begun to coalesce around Journey’s new plan. Until now, the different activists trying to reform the NRA have had different plans to get to a similar end goal. The last-ditch effort may unite the disparate efforts.

Jeff Knox, a former board member who has been pushing to remove LaPierre for decades after he and his father battled LaPierre over accusations of financial mismanagement in the 1990s, dubbed Journey “the leader of the loyal opposition on the NRA Board” last week. He appeared on Gun Talk Radio with long-time host Tom Gresham to talk about his strategy over the weekend. Ron Carter, vice president of Save the Second, praised Journey’s new plan.

“While I cannot say that I entirely agree to his approach, I can say that I support his efforts,” he said in a Facebook post.

NRA leadership did not respond to a request for comment. However, it said in a statement last week the NRA remained strong and committed to its mission.

“Our NRA is pressing forward with its plans, and remains determined to promote constitutional freedoms,” said NRA Second Vice President Lt. Col. Willes K. Lee, USA (Ret). “We will never shrink from the tough and principled stands we take on behalf of our law-abiding 5 million members.”

Journey said the members will determine what direction the NRA takes from here.

“I don’t have a knight in shining armor,” he said. “The level of support we get from the membership is gonna decide.”

Stephen Gutowski, an award-winning journalist who has reported on firearms policy and politics for over a decade and now published and writes for TheReload.com.

One Board Member’s Last-Ditch Effort to Save the NRA 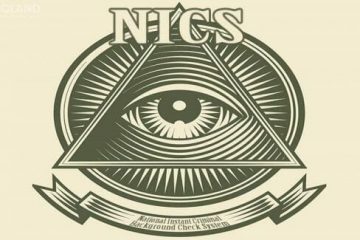