On September 19th, 2021, Ian Cranston was with his fiancee, Allie Butler, when he was attacked causing him to shoot and kill 22-year-old Barry Washington outside a bar in Bend, Oregon.

There is said to be video evidence from multiple angles. From ktvz.com:

In a statement to media, Sali added: “On behalf of Mr. Cranston, and particularly in light of the false and inflammatory public statements made previously by the District Attorney’s office, we are immensely grateful that the events of that evening were comprehensively and accurately captured on video by multiple cameras. For our part, we will continue to make our case in court, where it belongs, and based on the evidence, as it should be.”

Cranston’s lawyer gave a summation of the events shown in the video, which has not been released to the public.  From ktvz.com:

Shortly after midnight, Sali said, “Washington suddenly and without any provocation attacked Cranston … with two powerful, closed-fist blows to the head,” causing a head injury. The lawyer said “Washington raised his arm and made a series of threatening gestures toward him,” by which time Cranston – who had a concealed handgun license – was holding his gun, and displayed it to Washington to “deter … the assault.”

But the threats continued, he claimed, and Washington “lunged towards (Cranston’s friend) and punched him in the face.”

“Then, Washington turned at and squared toward Cranston, who was standing only a few feet away, with his handgun still drawn and visible,” the motion states. “It was at this point that Cranston finally fired a single shot at Washington. The round struck Washington in his midsection, stopping the assault.”

“Once it became clear that the threat had ended, Cranston immediately moved to Washington and began rendering aid and calling for help,” Sali stated.

Cranston was arrested for manslaughter by the Bend police. It appears this occurred before video evidence was analyzed.

From a media release by theDistrict Attorney, John Hummel:

Barry Washington was shot and killed on a downtown Bend street by Ian Cranston,in the early morning hours of September 19, 2021. Bend Police officers quickly responded and arrested Mr. Cranston for the crime of Manslaughter in the Second Degree. Shortly after his arrest, Mr. Cranston paid the bail amount previously established by the Deschutes County Circuit Court for people charged with the crime of Manslaughter in the Second Degree and he was released from jail on the condition that he appear in court on October 5, 2021 at 9:00a.m.

Another video of the incident that was initially made available to the public was from the cell phone of Cranston’s fiancee.

The cell phone video taken by Mr. Cranston’s fiancee was first aired by Central Oregon Daily News. In short order the Central Oregon Peacekeepers stormed their offices in protest, an action requiring the Bend Police Department to respond. Then, during the Cranston arraignment, the same group led by Mr. Luke Richter, then targeted a CODN film crew covering the arraignment and aggressively, both physically and verbally, attacked them.

Outside the Deschutes County Courthouse Friday, as Ian Cranston was arraigned on murder and manslaughter charges for the shooting death of Barry Washington Jr., a crowd of roughly 125 people gathered.

It was peaceful, with cheering when the judge announced that Cranston would continue to be held without bail.

The far-left activist group claimed the incident was one of racism, and that Washington was murdered simply because he complemented Cranston’s fiancee. They did not mention the attack on Cranston and his friend, or that Washington had a blood alcohol level of .195.

In a comment section of an editorial considering possible conflicts between DA Hummel and Police Chief Kranz, Hummel is characterized as having ” ridiculously far left-wing views”. From bendbullitin.com:

Aug 8, 2021 8:20am
As a long-time Bend resident and tax payer, I support Chief Krantz and his policing decisions. Mr Hummel should keep his ridiculously far left wing views in check and represent the people of Bend that want the law, order, respect, cleanliness, and sense of community that is Bend. If Mr Hummel wants to destroy communities by undermining police and letting criminals ignore police direction and watch the city go to ruin, he should move to portland which is our liberal icon of how poorly that model works

District Attorney Hummel took the side of the far left.

He framed the incident as one of racism where a white man killed a black man for complementing his fiancee.  He openly takes the side of the far-left activists in this youtube video. 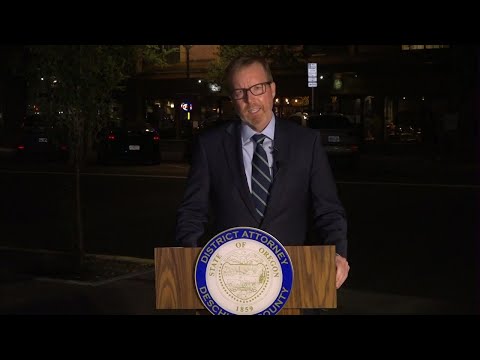 Here is a partial transcript:

To the hundreds of people who have been advocating on behalf of Barry; Thank you, keep it up. Our Community needs you. Know this, justice will be done in this case.”

District Attorney Hummel links the case to historical attacks on black men although there has not been any evidence shown of racial animus in this case. From bendsource.com:

“Our country has a disgraceful history of denigrating, prosecuting and lynching Black men for talking to white women. Over the last week, literally hundreds of people called and emailed me to remind me of this history. I responded to every one of you,” he said. “Racism didn’t only happen back then. And down there. It happens right here. And right now.”

District Attorney Hummel did not find evidence of racism to charge Ian Cranston with a hate crime. He encouraged the activist group to continue scouring social media to find something he could use to prosecute a hate crime. From bendsource.com:

The grand jury did not charge Cranston with a hate crime, but Hummel said there’s an ongoing investigation of Cranston’s motives. He said the public has been helpful collecting evidence, particularly the activist group Central Oregon Peacekeepers, and asked anyone with relevant information to send it to his office or Bend PD.

The District attorney was able to convince a grand jury to find a reason to charge Ian with murder after considerable pressure from the leftist activist groups. From lawandcrime:

Hummel’s announcement of the murder charge was met by cheers and applause after community activists and local officials previously complained that Cranston, who is white, was getting off easy for the alleged murder of Washington, a 22-year-old Black man. Cranston had initially been charged with manslaughter and was released after posting $10,000 bond.

There are claims of racism in this case on Facebook. It appears there isn’t any evidence to support those claims. Even DA Hummel admits there is no evidence of racial animus: From the Daily Mail:

He said: ‘If we obtain sufficient evidence to prove that this shooting was at least partially motivated by race, we will go back to that grand jury and ask them to add the charge.”

District Attorney Hummel has decided not to run for re-election after the end of his term in 2022.

This case seems to be following the Trayvon Martin media model. A young black man attacks a white man, who is armed and defends himself.

For example, activists claimed the “N” word was used. No mention of any N-word usage was presented by the District Attorney. If there had been N-word usage in the video (below) or elsewhere, the DA would have pounced on it.

The DA pushes hard for no bail, in spite of the clear self-defense claims, video evidence, long-term ties to the community, and no criminal record on the part of Ian Cranston.

Just because a person is unarmed doesn’t mean they are not deadly a threat.  Hundreds of people are killed with “personal weapons” (hands, feet, fists, etc.) every year.

As in the Kyle Rittenhouse case, the attacker, Washington, appears to have ignored the fact that Cranston was armed.

A major difference, in this case, is a large amount of video evidence is not available to the public. The job of the jury becomes more important, as the public has been making decisions on little evidence.

In the Rittenhouse case, there was an enormous amount of video evidence available to the public. In the Cranston case, the Left is doing all it can to make sure the public does not see video evidence. They are doing all they can to convict Cranston in the media.

People who are inebriated often make bad decisions. Making repeated unwanted advances to a man’s fiancee, in front of him, an unprovoked attack is a recipe for bad consequences.

At the time this post was filed this correspondent has not seen the video.

Update: An undisclosed source has provided AmmoLand News with the “Racist” video in question.

The video is embedded next. The shot happens at about 8 seconds in. The action is very difficult to follow but is this grainy-shaky-video itself racist as radical Oregonians skreed? Let us know in the comments below.

Dean Weingarten has been a peace officer, a military officer, was on the University of Wisconsin Pistol Team for four years, and was first certified to teach firearms safety in 1973. He taught the Arizona concealed carry course for fifteen years until the goal of Constitutional Carry was attained. He has degrees in meteorology and mining engineering, and retired from the Department of Defense after a 30-year career in Army Research, Development, Testing, and Evaluation.

Ghost Gunner Launches the 0% Gun Receiver, Metal to be Banned Next ~ VIDEO