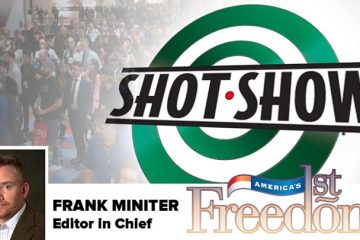 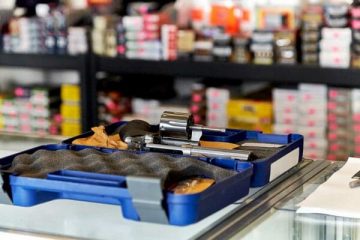 January 25, 2020 Guns In The News
Home»US News»“Preventing Gun Violence” is not a Compelling Governmental Interest
US News

“Preventing Gun Violence” is not a Compelling Governmental Interest

U.S.A. –-(Ammoland.com)- In a recent column, well-known Reason editor and writer Jacob Sullum made a likely unintentional error. He writes that “preventing gun violence” is a compelling government interest. From townhall.com:

Restrictions on fundamental rights usually pass muster only if they are narrowly tailored to further a compelling government interest — in this case, preventing gun violence.

“Gun violence” is an Orwellian phrase that compels the user to focus on guns rather than on illegitimate actions.

“Preventing gun violence” is not a compelling government interest.

Preventing murder can be a compelling government interest, though, in our federal system of limited governmental powers, it should primarily be an interest of the States, not the federal government.

Preventing suicide may be a compelling government interest, though the case is less clear than preventing murder.  Some governments are involved in approving of, and assisting in, some suicides.

Preventing accidents may be a secondary governmental interest.

Using the Orwellian phrases of Progressives is one of the easiest ways to lose an argument with them. If you cede to them the ability to define the words and terms of the language used, they win, mostly by default.

A “compelling governmental interest” is a legal concept used in the application of strict scrutiny of actions that effect Constitutional rights.

It is the highest level of interest.

In the lowest level, “rational basis”, the governmental interest need only serve a legitimate function. Statutes are almost never found to violate the rational basis standard.

In the middle level “intermediate scrutiny” the governmental interest must be shown to be important, a higher test than legitimate.

For “strict scrutiny”, a compelling interest must be shown. From mtsu.edu:

An interest is compelling when it is essential or necessary rather than a matter of choice, preference, or discretion.

Examples of compelling governmental interests would be: protecting the country from invasion; maintaining the rule of law in contracts and property rights; protecting the structure and execution of Constitutional order.

“Preventing gun violence” is precisely a matter of choice, preference, and discretion.

The choice, preference, and discretion of those who want a disarmed population, are all aimed at disarming the rest of society, precisely what the Second Amendment is designed to prevent.

Opposition to the Second Amendment is in Progressivism’s DNA.

Dean Weingarten has been a peace officer, a military officer, was on the University of Wisconsin Pistol Team for four years, and was first certified to teach firearms safety in 1973. He taught the Arizona concealed carry course for fifteen years until the goal of Constitutional Carry was attained. He has degrees in meteorology and mining engineering, and retired from the Department of Defense after a 30 year career in Army Research, Development, Testing, and Evaluation

“Preventing Gun Violence” is not a Compelling Governmental Interest