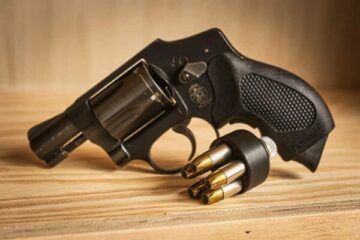 “Over the years,” said CCRKBA Chairman Alan Gottlieb, “we’ve seen some astonishingly bad legislation originate on Capitol Hill, but this one takes the term ‘abomination’ to an entirely new level. One look at this bill and you wonder whether Congresswoman Jackson Lee ever heard of the Bill of Rights, which includes the Second Amendment.”

H.R. 127 would require the owner of any firearm to supply the Bureau of Alcohol, Tobacco, Firearms and Explosives with the make, model, and serial number of every gun he or she owns, and that includes guns people may have owned for years. They would also have to report the identity of any person to whom, and any period of time during which, the firearm will be loaned to that individual.

The licensing requirement mandates that the license applicant undergoes a criminal background check, and then submits to a psychological evaluation to determine whether the person is psychologically unsuited to possess a firearm. Successful licensees must show they have an insurance policy which will cost $800.

“H.R. 127 is a constitutionally-challenged monstrosity,” Gottlieb stated. “It ignores the fact that the Second Amendment protects a fundamental right to keep and bear arms, not some strictly-regulated government privilege. Government cannot require a psychological evaluation to exercise a right enumerated in the Constitution.

“Is it possible Sheila Jackson Lee skipped high school civics,” he wondered. “This legislation treats firearms owners like second-class citizens for exercising their Second Amendment rights. It’s an outrage that a member of Congress could even conceive of such a measure, much less propose that it become law.

“Instead of subjecting gun owners to such Draconian requirements,” Gottlieb observed, “maybe it’s time to require psychological evaluations of each member of Congress.”

With more than 650,000 members and supporters nationwide, the Citizens Committee for the Right to Keep and Bear Arms (www.ccrkba.org) is one of the nation’s premier gun rights organizations. As a non-profit organization, the Citizens Committee is dedicated to preserving firearms freedoms through active lobbying of elected officials and facilitating grass-roots organization of gun rights activists in local communities throughout the United States.

National Concealed Carry Reciprocity is not the Way You Deal with Those who have Usurped Your Rights!