Ammoland.com – Finally showing its hand on a case that’s been relisted time and again over the past several weeks, the Supreme Court today announced it will not hear Friedman v Highland Park, a challenge to a Chicago suburb’s ordinance against the possession, sale and purchase of politically incorrect semiautomatic firearms and standard capacity magazines.

Per the High Court docket:

“Because the brief order denying review of the ordinance contained no explanation, there is no way to know why most of the Justices chose not to grant review.,” Lyle Denniston of SCOTUSBlog observed. “It did not seem to be a response to recent mass shootings, because the Court has been studying the case since early in October…”

What this means is places that do so relegate it continue to be free to ignore the clear proscriptions of the Second Amendment and to punish Americans who refuse to comply.

This will also embolden other states and municipalities to maintain and/or enact similar bans, confident that government avenues for redress will remain blocked.

What it also means is the perception any of the justices who joined with the majority may be “conservative” is illusory.  The abdication of principle by Chief Justice John Roberts was telling, although the contorted “logic” he pulled out from under his robe to give cover to Obamacare should have been all anyone needed to divine the man’s true loyalties. Likewise, Reagan appointee Anthony Kennedy proved to be a big government man, and considering his benefactor’s gun sentiments, again, that’s hardly a surprise.  Also revealing was the absence of Samuel Alito from the dissent, particularly after his nomination was opposed by anti-gunners calling him “Machine Gun Sammy” for his legal opinion that banning machine guns is the purview of the states, not of Congress.

Highland Park and other places leave the field with their bans intact. It’s now up to them to enforce their edicts, and up to gun owners to decide if they will surrender and obey, or defy and refuse to comply.

In truth, the outcome does not surprise me. As I have maintained for years:

SCOTUS, of course, has been ducking this issue for a long time. They’ll probably take the path of least resistance again, and refuse to hear such cases. However, if they accept either Seegars or Parker, I believe the court will not dare say there is no individual rkba. But if they find there is one, it will be so heavily burdened with “reasonable restrictions” as to ensure the status quo. They’ll never admit the truth unless someone, that would be us, has enough power to compel them.

That’s because any honest reading of founding intent and prior precedent would have no choice but to concede the “in common use at the time” qualifier cited in DC v Heller in turn relied on U.S. v Miller, a case from 1939 that found a short-barrel shotgun could not be determined protected under the Second Amendment because the court had no evidence its possession had “some reasonable relationship to the preservation or efficiency of a well regulated militia [or] that this weapon is any part of the ordinary military equipment, or that its use could contribute to the common defense.”

That’s the key point being ducked. The function of the militia, defined as “all males physically capable of acting in concert for the common defense [and] bearing arms supplied by themselves and of the kind in common use at the time,” was — and is — to field citizen soldiers. And these citizens bore arms that were suitable for that purpose, “ordinary military equipment” intended to be taken into “common defense” battles. The militia did not assemble on the green bearing clubs and spears. They came with the intent to match and best a professional military threat.

That’s the inheritance those who would rule don’t want the people even finding out about, let alone claiming.

He blogs at “The War on Guns: Notes from the Resistance,” and also posts on Twitter: @dcodrea and Facebook.

Anti-Hunting Lawyers, Bilking the Tax Payer for Billions, But You’re NOT Allowed to Know 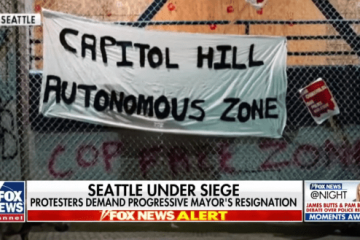