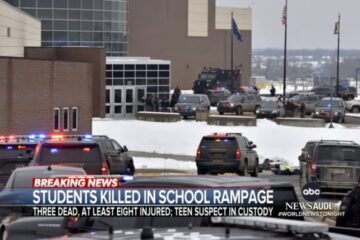 Murphy’s Slander Should Be Slammed

U.S.A. – -(Ammoland.com)- The Secret Service denies having any records of a law enforcement investigation into a handgun reportedly belonging to Hunter Biden, an affidavit signed by “the Agency official responsible for responding to requests for Secret Service records” attested Tuesday.

Multiple reports claim Biden’s handgun was thrown into a supermarket trash receptacle by his widowed sister-in-law and then-lover.

Further claims indicate that both the Bureau of Alcohol, Tobacco, Firearms and Explosives, and the Secret Service, had visited the gun shop to access transfer records. My interest was in determining how someone with a documented history of drug abuse could buy a gun from a Federal Firearms Licensee without answering “No” to the “unlawful user of … controlled substance[s]” on the ATF form without committing “a crime punishable as a felony under Federal law.” That and what was the Secret Service doing “inserting” itself, when Biden was not under Secret Service protection at the time of the alleged gun purchase?

Receipt of the affidavit closes out the complaint filed in April on my behalf by attorney Stephen Stamboulieh charging the agency with improperly withholding records it is required by Freedom of Information Act laws to produce regarding its role in the case. The FOIA request, filed last November, sought:

“[C]opies of law enforcement and administrative reports, communications,  correspondence,  and work papers,  including with internal State of  Delaware DOJ, the  Delaware  State  Police, any local law enforcement and any relevant federal agencies including ATF and the United States Secret Service. This includes any case handling instructions from overseeing administrative authorities and/or agencies that would explain why over two years later, there has still been no public report or explanation as to the way the case has been resolved and why.”

An identical FOIA request was also sent to ATF. After much back-and-forth, the Bureau’s tactic was to say – without admitting anything – that Biden’s “substantial privacy interests” preclude them from releasing any information.  Their decision is currently under appeal.

Back to the Secret Service, Tyrell says he checked with “the Uniformed Division and Vice Presidential Protective Division, both within the Office of Protective Operations, and the Office of Investigations … the Office of the Chief Information Officer  [and] the Wilmington Resident Office.” They all came up empty, he declared “under penalty of perjury.”

That response either ends the inquiry or potentially opens the door to something much larger. At this point, a couple of explanations are possible but only one is true.

The first is that the entire story of Hunter Biden’s gun is a fabrication. It won’t be the first time multiple media sources have been taken in by a hoax, and if this was one, it took in establishment outlets like Politico and The New York Post. But that is seemingly contradicted by a text message reportedly retrieved from Biden’s laptop where he wrote “the police the FBI [and] the secret service came on the scene.”

But if this were a hoax, the next question would be to determine by whom. This is pure speculation, but those trying to muddy investigations into all of Biden’s activities currently under scrutiny, including financial dealings with foreign entities, would have a strong incentive to muddy the waters. It’s not unheard of to see allies go after the credibility of anyone questioning them by painting challengers as participants in a partisan witch hunt.

(It’s what I have speculated may have been a motive behind the photo ostensibly showing ATF Director nominee David Chipman posing in the smoldering rubble of Waco – that picture had been making the rounds for some time, but the media-savvy Chipman waited until the Senate confirmation hearing to announce to the world it was a Photoshopped fake, tainting the perceived reliability of all other information being passed on by those who fell for it.)

There is another possibility: Someone did show up to investigate, and they were either acting “off the books” or fraudulently represented themselves as Secret Service agents. That’s the stuff of wild conspiracy theories, but the only other alternative, that a career bureaucrat would risk criminal charges on an affidavit, seems even more far-fetched.

A fake story, or fake agents, or a fake declaration—what doesn’t seem to be presenting itself is a fourth alternative likely to yield anything real, and therein lies a larger story if those with the resources to pull the loose threads do so. Unfortunately, Democrats in charge of Senate Judiciary and House Oversight, and a Democrat-sympathizing media have no incentive to see things unravel.

The Stipulation for Dismissal is followed by the Secret Service Declaration:

ONE WEEK AFTER CHIPMAN FLAUNTED HIS ANTIGUN BIAS, WHERE DO THE SENATORS STAND?