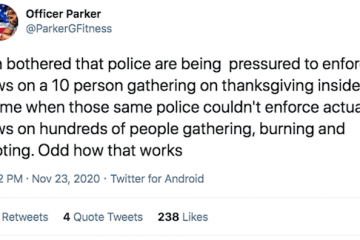 Fairfax, VA -(AmmoLand.com)- “Due process is killing us right now.”

No, those aren’t the translated words of an officer of the East German secret police or a Soviet commissar; that comment was uttered by United States Senator Joe Manchin (D-W.V.).  When Manchin assumed office on November 15, 2010, he took an oath to “support and defend the Constitution of the United States against all enemies, foreign and domestic.” Given his outward hostility to a foundational tenet of our constitution, the manner in which Manchin could most effectively uphold his oath would be to limit himself to a single term.

On Thursday, Manchin took to MSNBC’s “Morning Joe” to talk about ongoing efforts to restrict the Second Amendment rights of Americans. The discussion centered around legislative proposals that would extinguish the Second Amendment rights of those the federal government merely suspects, correctly or incorrectly, of having some sort of connection terrorist activity. Manchin explained:

The problem we have, and really the firewall we have right now is due process. It’s all due process. So we can all say we want the same thing, but how do we get there? If a person is on a terrorist watch list like the gentleman, the shooter, in Orlando, he was twice by the FBI. We were briefed yesterday about what happened, but that man was brought in twice. They did everything they could. The FBI did everything they were supposed to do. But there was no way to keep him on the NICS list or keep him off the gun-buy list. There was no way to do that … due process is what’s killing us right now.

To be sure, due process does impose a severe obstacle to autocrats. The Fifth and Fourteenth Amendments’ due process protections serve to protect every right enjoyed by every American, making clear that none of our rights may be dispensed with in an arbitrary manner. In most contexts, prior to stripping a person of their rights, the government must provide an individual with notice and an opportunity to be heard, and there must be a neutral decision maker involved.

Many outlets have picked up on, and rightly criticized, Manchin’s contention that due process is a unfortunate hurdle to violating rights. However, other portions of his statement are similarly troubling and display a lack of basic understanding of the Constitution he swore an oath to defending.

Manchin noted, “The FBI did everything they were supposed to do. But there was no way to keep him on the NICS list or keep him off the gun-buy list.” Is Manchin under the impression that in order to purchase a firearm Americans must be placed on a list that permits them to do so? Is he suggesting that this should be the case?  If so, we would suggest a remedial course in the basic structure of federal firearms law.

The current battle to diminish due process protections implicates far more than just the right to keep and bear arms. This is why principled individuals from across the political spectrum have recognized the dangerous erosion of due process that some of the current legislative proposals represent. ACLU National Security Project Director Hina Shamsi wrote in regards to using secret lists to bar gun ownership, “standards for inclusion on the No Fly List are unconstitutionally vague, and innocent people are blacklisted without a fair process to correct government error.” Civil liberties journalist and commentator Glenn Greenwald wrote in a piece for the Washington Post, “That Democrats, who once found such due-process-free no-fly lists appalling, now seek in the wake of San Bernardino and Orlando to expand their use to ban gun purchases illustrates how easily terror attacks induce an abandonment of reasoned analysis.”  An abandonment of reasoned analysis, indeed.

With his recent comments, Manchin has displayed a gross disrespect for one of the most basic protections our constitution affords. Sadly, given the clamor in the U.S. Congress for renewed gun control measures, this disrespect appears to infect more than just a few of our elected representatives.

Irony. New York Democrats Will Decide Who is Mentally Fit to Own a Gun