New York/Texas – -(AmmoLand.com)- The fact that the NRA’s petition to reorganize was rejected should frighten every loyal Ammoland reader. Those who celebrate need to answer one question: If this can happen to the NRA, what do you think happens to other pro-Second Amendment groups?

The Second Amendment Foundation and Citizens Committee for the Right to Keep and Bear Arms are headquartered in Washington state and presumably were incorporated there. Does anyone recall the track record of Governor Jay Inslee and Attorney General Bob Ferguson of that state on Second Amendment issues? Here’s a hint: It’s lousy.

Gun Owners of America, like the NRA, is headquartered in Virginia. Anyone remember the records of Ralph Northam and Mark Herring on Second Amendment issues? Their records suck, too. The Firearms Policy Coalition is in California. Gavin Newsome’s record on the Second Amendment stinks, too, and so does that of the state’s new attorney general.

So for those celebrating the NRA’s loss in court, think carefully about the blueprint Letitia James is trying to create – one that can be combined with Andrew Cuomo’s actions as well. Then sober up and get scared because there’s a four-letter word to describe those groups: Next.

What do you think happens to all the membership records of the NRA should James dissolve it? What about the donation records to NRA-ILA and NRA-PVF, which had the mission to elect pro-Second Amendment candidates? Talk about handing our enemies everything they need for a campaign of doxing and harassment… and even those who left because they didn’t like Wayne LaPierre won’t be safe from this.

You will be “named and shamed” by anti-Second Amendment extremists. Look at what has become all too commonplace these days – employers get contacted, there are demands to fire employees. The harassment often will come from one’s own co-workers who will (falsely) claim that YOUR advocacy for the Second Amendment makes them “unsafe.” Banks will be pressured to financially deplatform these other pro-Second Amendment groups.

Even if you don’t like the NRA’s political strategy or their legislative tactics, what replaces those programs?

I’ve been on record as saying LaPierre needs to go. Warning signs that were present in 2013 and 2014 were ignored, and now the NRA is in a desperate fight with existential implications for every pro-Second Amendment group out there. He also seems to have had no plan to counter corporate gun control, either.

Because as much good as these other groups do, they have nowhere near the resources or membership of the NRA. Hating on the NRA and Wayne LaPierre is like dumping Donald Trump for re-election over his mean tweets. Yeah, you might not have liked him, but as America is facing the reality of President Joe Biden, we’re paying a dear price. Second Amendment supporters should learn from this before it is too late. 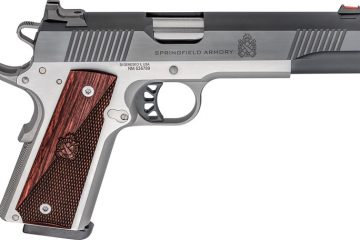