U.S.A. –-(AmmoLand.com)- Joe Biden may have talked tough on gun control and he may expect a great deal of action from Congress, but a new survey by Rasmussen says a majority of American voters don’t think he will get it, and that apparently includes Democrats because less than half of them believe it likely that Congress will pass new gun laws.

The National Rifle Association approached Biden’s strategy to deal with increasing violent crime with sarcasm, but Rasmussen respondents took a more serious tone, with 57 percent saying they “don’t believe it is likely Congress will pass new gun control legislation, including 21% who say it is Not at All Likely.”

The survey was conducted with 775 likely voters around the country on June 24 and 27, with a +/- 3 percentage point sampling error and 95 percent level of confidence.

With the U.S. Senate evenly divided, and the 2022 midterm elections in just over 16 months, lawmakers hoping to keep their jobs are not likely to infuriate tens of millions of gun-owning voters.

Biden has been eating crow since his remarks on June 23 in which he repeated a canard that has already been refuted by fact-checkers across the landscape.

“The Second Amendment, from the day it was passed, limited the type of people who could own a gun and what type of weapon you could own,” Biden claimed. “You couldn’t buy a cannon.”

But Politifact quickly called the career anti-gunner on that assertion, stating, “The Second Amendment limited government power, not the rights of individuals. Laws at the time that limited firearm ownership were primarily racist, aimed at controlling Black people and Native Americans.

But so far, the establishment media has not reported on this important issue. Instead, the media allow Biden a pass on his prevarication.

But Politifact contacted respected University of Tennessee law professor Glen Harlan Reynolds, who observed, “The Second Amendment places no limits on individual ownership of cannon, or any other arms.”

The fact-checker added, “Biden misrepresents what the Second Amendment says.”

According to the Rasmussen survey, a majority of citizens (54%) believe America’s founders “explicitly wanted an armed citizenry to keep potentially tyrannical governments in check.” That position got support from 61 percent of Republicans and 58 percent of Independents. Perhaps not surprisingly, only 46 percent of Democrats agree with that statement.

One potentially startling revelation in the Rasmussen report was this:

“Black voters (58%) and other minorities (69%) are actually more likely than whites (50%) to agree that America’s founders “wanted an armed citizenry” as a check against tyranny. However, black voters (40%) are more likely than whites (32%) or other minorities (33%) to believe new gun control laws would do more than stricter enforcement of existing laws to reduce gun violence in America.”

Biden’s recent claim about cannons and limits on gun ownership is not the first time he has made the error, and been called on it, so nobody can claim he didn’t know the facts.

What he said at the time—May 2020—in his interview with Wired, was stunning for someone who said he had two majors while attending the University of Delaware, history and political science. 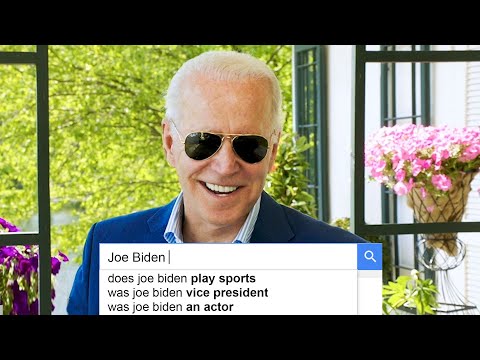 “From the very beginning,” Biden insisted at just over eight minutes into the Wired interview, “you weren’t allowed to have certain weapons. You weren’t allowed to own a cannon during the Revolutionary War as an individual…No amendment to the Constitution is absolute.”

Maybe, maybe not, but what is a certainty is that no politician who misrepresents history as much as Biden has done on at least two occasions is going to get away with it. He has now made the same assertion at least twice in front of an audience and been corrected both times.

Most people would acknowledge the error, but Joe Biden seems determined to make his falsehood fact. It amounts to an exercise of what is commonly known as “the big lie,” which Wikipedia defines as “a gross distortion or misrepresentation of the truth, used especially as a propaganda technique.”

How to Reload a Handgun for Defensive Shooting