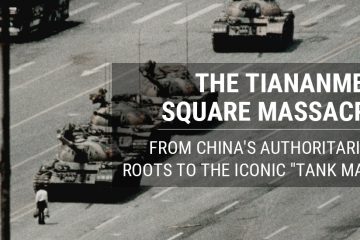 May 7, 2020 Guns In The News
Home»US News»Texas Church Shooting Hero, Jack Wilson, Shares his Side of the Story
US News

Texas Church Shooting Hero, Jack Wilson, Shares his Side of the Story

U.S.A. –-(Ammoland.com)- On 30 December, 2019, Jack Wilson, the congregant of the West Freeway Church of Christ, in White Settlement, Texas, who stopped the attack, gave a lengthy, on-camera interview of what happened from his point of view.

I first found the interview on the bigcountry.com website. A few hours later, it was posted on Youtube.com as from KETKnbc.  The video interview is 18 minutes and 44 seconds long, done at Jack’s private range.

The video is professionally done. Peculiarly, I have not found who the interviewer is. She is an attractive, tall, well dressed black woman with an incredible voice.  I was unable to identify her in spite of my best efforts. Perhaps a knowledgeable reader will be able to aid in identification so proper attribution can be given.

The interview is in-depth. It covers Jack’s training methods at his range, the church shooting, and the formation of the church volunteer security team.

Jack Wilson gives details about how he acclimates new shooters to gun handling. He shows the range layout and explains some of his policies on defensive tactics for the church security team.

The reader finds out, for example, the security team was formed about 18-19 months ago, when the church moved to its present location in White Settlement.

One of the reasons for the formation of the team was the high crime incidence in the immediate area.

Jack says there were five homicides committed in 2018 within five miles of the church location.

Details are given of the shooting. Jack tells us why he was suspicious of the individual who murdered Jacks two friends before Jack could stop him.

RELATED:  You Did Know That You Can Bump Fire Your Rifle Without A Bump Stock, Right?

The attacker was wearing a fake beard and a fake wig, with a “toboggan” (knit cap?) on top.  He had on a long, 3/4 length coat. He was continually adjusting the fake beard.

The reason we have a good video of the attack and the armed congregants’ response, is Jack Wilson talked to the Church Audio Video group and told them to keep a camera on the suspicious person before the attack started.

The attacker got up to talk to Tony Wallace twice, before the shooting. Tony Wallace was the deacon who was shot after Richard White was shot. The third time, after he talked to Wallace, the man in the long coat, with a prominent fake beard and wig, pulled out the shotgun and started shooting.

Both Jack and Richard White, the volunteer church security team member who was shot and killed, started to draw at the same time when the shotgun was pulled from under the attacker’s jacket.

We learn that Jack took a little extra time because he could not get a clear shot. The headshot was the only clear shot presented.

When asked what he would tell people who say guns do not belong in churches, Jack says:

“You carry it anywhere and everywhere you legally can, because you don’t know when you are going to have to use it.”

In the interview, Jack mentions there are 22 members of Jack’s volunteer security team at his church. He is the organizer of the team. Team members regularly practice shooting, at least every couple of months, with many practicing more often.

RELATED:  Muggers with Fake Gun Get Shot by Real Gun

I highly recommend watching this video interview to anyone who wishes to understand what happened at the West Freeway Church of Christ, on 29 December 2019, and the mindset of Jack Wilson, the longtime firearm instructor who stopped the killing.

Perhaps Jack Wilson will grant me an interview while I am in the Dallas/Fort Worth area.

Anti-Gun Radicals Reveal Their Psychosis When Trying to Ban Toys

Texas Church Shooting Hero, Jack Wilson, Shares his Side of the Story 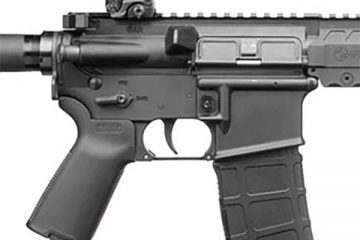