U.S.A. -(AmmoLand.com)- Bill author, Rep. Matt Schaefer (R-Tyler), and Senate sponsor, Charles Schwertner (R-Georgetown), announced this afternoon that the House and Senate conferees have reached an agreement on House Bill 1927, landmark NRA-backed constitutional carry legislation.  House and Senate leaders have indicated that a final vote on the measure will be taken early next week.  We will post a link to the conference report language as soon as it becomes available.  Stay tuned – thanks to all your efforts, we’re almost at the finish line! 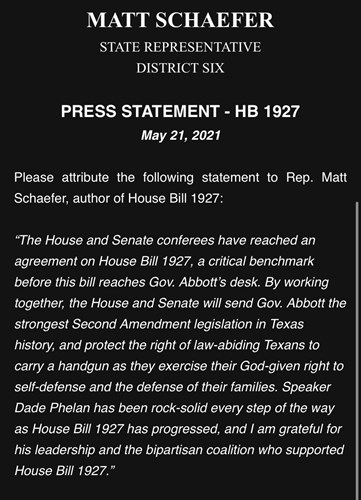 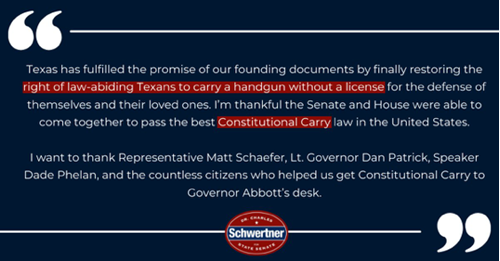