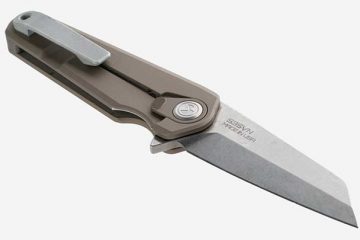 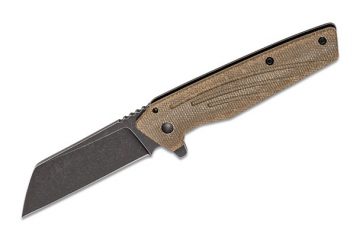 The War to Preserve Our Gun Rights Reaching Fever Pitch

Ammoland – Mitch McConnell is under a lot of heat from the liberal media.

But he got it right when he recently indicated that Obama’s effort to snuff out the Second Amendment needs to be nipped in the bud.

No radical Supreme Court nominee to make the rounds and visit with Republican senators. No hearings.  No floor votes.  No possibility of movement or confirmation.

Because, make no mistake about it:  If Obama gets his pick, the Second Amendment, as far as the corrupt courts are concerned, is dead.

Senator McConnell said that the next president should get to fill Antonin Scalia’s seat.  But he’s now coming under intense pressure to buckle under.

The liberal media and legislators are demanding that McConnell begin the process of reviewing a presidential nominee once he’s put forward — a process that would, almost invariably, result in the confirmation of a radical, anti-gun “swing vote” Justice to the Supreme Court.

If this happens, the court will reverse Heller, and will, for the remainder of our lifetimes, hold that the Second Amendment applies only to militias, not individual rights.

If Obama gets his pick, the court will reverse McDonald, meaning that the states will be free to impose a total confiscation of all guns.

If Obama gets his pick, 5,000,000 illegals will be legalized by executive fiat.  And the electorate will be so transformed that the national government will become like California’s — for the remainder of our lifetimes.

So it is no surprise that Obama and the “puppet press” is going “full goosestep” in their efforts to beat Republicans into submission.

Tragically, some brain-dead Republicans think they can buy off Obama and the puppet press by moving the nomination forward, but stopping short of confirmation.

This is insanity, and GOA has posted a Fact Sheet on the GOA site which answers point-by-point the nay-sayers who claim that Republican Senators will shoot themselves in the proverbial foot by blocking Obama’s eventual nominee.

It’s just not so.

MSNBC has echoed Obama’s strategy over and over again.

They want to put a “human face” on the nominee by having Senate Democrats parade him or her around Senate offices.

To some extent, this will happen when the nomination is made. But, if the nominee treks from one Republican office to the next in anticipation of hearings, the process will be dramatically intensified.

If the nominee testifies before the Judiciary Committee, with his or her photogenic as a backdrop, the process will accelerate.

And, when the nominee gives Hillary Clinton-like fraudulent testimony about his or her love for the Second Amendment and stare decisis, the process will become very difficult to stop.

Each step of the way will encourage the press to focus white-hot attention on the nominee and white-hot attacks on Republicans.

And make no mistake about it:  It is not procedurally possible to hold hearings and not open the door to a Senate floor vote.

Under those circumstances, Harry Reid will use the Senate rules to discharge the nomination from committee and onto the senate floor for a vote.

So enough of this mythology that Republicans can “feed the alligator” but not be eaten by it.

If Republicans cannot withstand the pressure to “do something,” they will not be able to withstand the pressure to vote “yes.”  Particularly given the possibility that Senate Minority Leader Harry Reid is going to use parliamentary tools to “nuke” the filibuster and confirm the nomination with 50 votes (plus Biden) — rather than being blocked by 60-vote supermajority.

And, by giving Obama step-by-step victories at each stage of the process, Republicans only make it harder on themselves and more difficult later on.

The liberal media is pulling out the stops to shame Mitch McConnell into allowing votes on a presidential nominee.

We need to exert counter pressure.

We need to swamp Senator Mitch McConnell’s office with phone calls and mail from gun owners nationwide, encouraging him NOT to back down.

Urge Senator McConnell to block any anti-gun “swing vote” from moving through the Senate and being confirmed to the Supreme Court.

Thank you for taking action.  We need your activism like never before!

P.S.  Contact Senator Mitch McConnell and urge him to stand strong against the media pressure.  You can send a pre-written letter here or call Sen. McConnell’s office at 202-224-2541.

Urge him to block the legislative process and prevent any consideration of an anti-Supreme Court Justice who is nominated by this lawless president. Let him know that you, and the entire nation, will be closely watching he does.

ACTION:  Contact Senator Mitch McConnell and urge him to stand strong against the media pressure.  Demand that he block any anti-gun “swing vote” from moving through the Senate and being confirmed  to the Supreme Court.

Not a GOA member yet?  You can join Gun Owners of America today for only $20!

About Gun Owners of America (GOA):

Gun Owners of America (GOA) is a non-profit lobbying organization formed in 1975 to preserve and defend the Second Amendment rights of gun owners. GOA sees firearms ownership as a freedom issue. `The only no comprise gun lobby in Washington’ – Ron Paul.

Storage Facilities for Civilian Guns Is One Stupid Idea: Commentary

The War to Preserve Our Gun Rights Reaching Fever Pitch