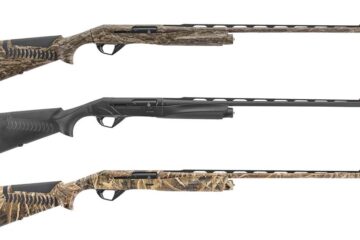 They should fit right in with a paper and a parent company, Gannett, that have a long and documented history of hypocrisy and violations of their own “standards.”

“To affect change for the good in the communities we serve, to make life better for the people who trust us to know them and do right by them,” the Gannett “Ethics Policy” claimed. “We will treat people with respect and compassion,” the USA Today Network “Principles of Ethical Conduct for Newsrooms” echoes.

That must be why the media giant’s New York holding, The Journal News (“Part of the USA Today Network”), published “[a]n interactive map showing the names and addresses of all handgun permit holders in New York’s Westchester and Rockland counties.” It must be why their Iowa holding, the Des Moines Register (again, “Part of the USA Today Network”), published columnist Donald Kaul’s call for gun owners to be killed:

“Declare the NRA a terrorist organization and make membership illegal…Make ownership of unlicensed assault rifles a felony. If some people refused to give up their guns, that ‘prying the guns from their cold, dead hands’ thing works for me.”

The USA Today Editorial Board represents itself as “an ideologically and demographically diverse group,” which must be why it urged readers to “Elect Joe Biden. Reject Donald Trump” without dissent. But they didn’t say “elect Hillary” last time, they point out in an attempt to represent themselves as “non-partisan” and “fair.” They just said told readers not to vote for Trump.

And the thing about doctrinaire Democrat echo chambers: They’re just as ignorant about guns as they are biased against them, which naturally means they consider themselves qualified to be the arbiters of your right to keep and bear arms. Many readers will no doubt recall USA Today’s  “look at the gun used in the Texas church shooting” with its “possible modifications” that included a “chainsaw bayonet.”

So really, who cares if USA Today is using lefty interns to promote fake news and squelch real news? How is that any different from what the ostensible “grownups” have been doing all these years? Or from what “professional fact-checkers” do? Or the expectations for “journalists” set by the rest of the DSM (Duranty/Streicher Media)?

If there’s a silver lining, it’s that Gannett holdings have been losing print circulation at a record rate. The bad news is, the company’s USA Today holdings are still an online “go-to” stop for 4.2M readers on Twitter, over 8.8M Facebook followers, “and an approximate daily readership of 2.6 million.”

That’s a lot of uninformed minds being manipulated to vote for gun-grabbing Democrats, and that’s just from one media company. Look at all the other papers and all the other networks and realize this is what the overwhelming majority of Americans are being inundated with 24/7.

That the propagandists all parrot the same narrative talking points, and that the “social media” giants then squelch, “deplatform,” demonetize and outright ban alternative media, using “fact-checkers” like the lefty interns we started this piece out with, is but one of the challenges gun owner advocates must overcome. That’s why it’s critical – when we see a piece that tells truths ignored and suppressed by the “mainstream” – that we take it on ourselves to become force multipliers and share links/bring those truths to our countrymen.

Why You Really Should Get A .22lr Handgun 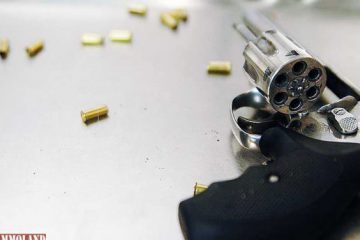