From the day Speaker Pelosi took control of the House, Second Amendment rights have been under constant attack.

And unfortunately, just last year, President Trump himself supported seizing guns without due process saying, “I like taking the guns early, like in this crazy man’s case that just took place in Florida…Take the guns first.”1

Now, one year after the horrific tragedy in Parkland, Florida, the White House is once again caving to the demands of the gun grabbers by endorsing these “Red Flag” laws.

It took nearly 10 months for the Federal Commission on School Safety, established by the Trump Administration in the wake of the Parkland shooting, to release their recommendations.

One of these recommendations was an endorsement of national “Red Flag” laws like the ones being used to confiscate legally owned guns from law-abiding citizens in states like Maryland and California.

From the Federal Commission on School Safety report:

“Other recommendations include encouraging states to adopt laws permitting “extreme risk protection orders” (ERPOs), which can prevent individuals who pose a threat to themselves or others from possessing or purchasing firearms. The Federal Bureau of Investigation’s Public Access Line—a critical component of the FBI’s efforts to keep Americans safe—has undergone changes to improve the process for receiving and evaluating tips from the public.”

Of course, what is not being reported is how “Red Flag” laws STRIP law-abiding gun owners of the right to keep and bear arms without due process.

In fact, gun confiscation laws currently in place at the state level have already led to the death of one gun owner on his doorstep in Maryland.2

With a mere accusation — and with no due process or presumption of innocence — an anti-gun family member, ex-partner, neighbor or other acquaintance (depending on the state) can ask the government to seize legally owned guns from law-abiding citizens.

A simple claim someone is “crazy” or “dangerous” because they support the Second Amendment is all it takes.
In technical terms, they call it an ex parte order.

In reality, it’s a rubber stamp followed by a SWAT team raiding the gun owner’s home at five in the morning.

And while there is hope U.S. Senate Republicans will hold the line against the most draconian of gun control schemes, this endorsement from the Trump White House may be the excuse weak-kneed Senators were looking for to get behind gun confiscation on the federal level.

Attorney General Barr has a long history of supporting gun control, doubling down on his track record by siding with Dianne Feinstein on her Assault Weapons Ban in addition to national “Red Flag” laws.

Now, as some of the most unconstitutional gun control laws in history are making their way through Congress, Speaker Pelosi and Senator Feinstein can count on the support of President Trump and his administration’s top prosecutor.

It is the responsibility of every pro-gun American to do everything in their power to stand against any unconstitutional gun control laws that lead to outright gun confiscation.

Sign your “No Red Flag Laws” petition and agree to your most generous contribution to NAGR of $100, or at least $50 or $25 to keep up the fight. 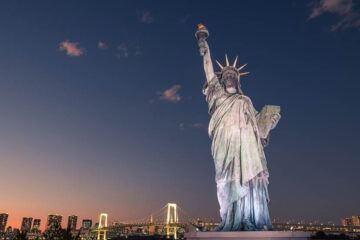