BIDEN DECLARES HE IS THE DEMOCRATIC PARTY. THIS IS THEIR GUN BAN PLAN 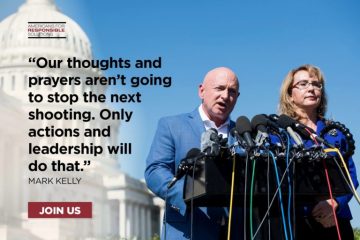 The Most Historic Pistols in the US – VIDEO

Arizona -(Ammoland.com)- -On 17 December 2018, at about 7 p.m. on State Street in Madison, Wisconsin, a 21-year-old open carrier and his friend were hanging out when his weapon was grabbed by a homeless man.  At 7 p.m. it was well below freezing. Heavy coats, hats, and gloves were indicated.

State Street runs from the University of Wisconsin to the State Capitol.  It is about nine blocks long and is usually crowded with pedestrians, many of which are students. There are numerous bars and restaurants, as well as the Student Union and Memorial Library, Library Mall, and the Wisconsin Historical Society near the West end of the street.

The 21-year-old open carrier was from Black Earth. Black Earth is a nearby small town. The Second Amendment activist had a shotgun, two pistols, and a large knife/machete. He was attempting to make political points while hoping to strike acquaintance with some girls, maybe get some phone numbers.

Melvin Bogus, 39, with no permanent address and well known to police, was also hanging out on State Street.

There is an arrest record for an inmate the same age, named Melvin F. Bogus, from 2006. That inmate would be 39 this year. It may be the same person. There is a record of a Melvin F. Bogus of the same age, who was convicted of second-degree robbery in 2010. The same 39-year-old Bogus or another Melvin Bogus, without a permanent address on State Street in Madison, was charged with substantial battery and bail jumping two months ago, on 23 October 2018. The 54-year-old victim, in that case, had to get stitches for a head wound. In that case, the officers were able to solve the crime using surveillance video, similar to the pistol snatching case in December.

Melvin Bogus’ first attorney, on October 24th, was Crystal A. Vera. At the status conference on 5 November, Bogus had a different attorney, David S. Knoll. Bogus was granted bond on 8 November 2018 One of the conditions of Bogus’ bond was that he not be on State St. in Madison.  From wicourts.gov:

Attorney Knoll must have had a disagreement with his client, because he withdrew from the case on 10 December. Bogus had a third attorney, Mark Frank, appointed as the public defender.

Then, on 17 December, just a week later, Bogus was recorded snatching a pistol from the open carrier and pointing it at him. From madison.com:

“The friend said the victim, a gun advocate, wanted to make a statement about the right to bear arms and had been on busy State Street a couple of times practicing open carry,” DeSpain said. “The friend also admitted they were Downtown to get girls’ phone numbers.”

Bogus, who is known to Downtown patrol officers, confronted the man saying something like, “Why you wanna kill people?” DeSpain said. “The man with guns responded by saying he was armed because it was his right and it was for protection.”

Bogus then closed the distance between the two, getting close enough to grab a holstered handgun from the armed man, DeSpain said.

Bogus “pointed the loaded weapon at the victim, and the victim, in turn, pulled out his long gun and pointed it” at Bogus, DeSpain said. “It was a fluid, tense and quick standoff.”

Bogus ran off with the man’s gun, DeSpain said. Officers found him and recovered the stolen handgun, taking Bogus into custody on several tentative charges.

Some of the tentative charges against Bogus were bail jumping, carrying a concealed weapon, strong arm robbery, felon in possession of a firearm, reckless endangerment, and possession of cocaine.

If you are going to practice open carry, as a Second Amendment advocate, some preparation is in order. Think about the possibility of someone snatching a pistol. Training on avoiding, preventing, and actively stopping disarms is advisable.

Most open carriers have some retaining device and travel in groups to guard against precisely such a possibility. If there is more than one person, discussion of what tactics to use is common. Often, an unarmed member of the group will be a designated camera/video man.

Practice situational awareness. Have a plan on how to prevent a disarm attempt.  Use of a retention holster is a good idea. As the purpose of the political action is political awareness, it is not necessary for all the guns to be loaded.  Be particularly aware of people “closing the distance.” Mr. Bogus practiced what Marc MacYoung calls “the interview,” as a way to evaluate his intended victim.

There are plenty of convicted, career criminals, mental cases or drug addicts, similar to Mr. Bogus. You need to think about them, and how you will respond in a confrontation.

Mr. Bogus is fortunate he did not end up dead. The armed standoff only lasted a couple of seconds. No one fired. Perhaps Bogus had no intention of firing. Maybe he had no understanding of the snatched pistol’s controls.

Both participants were lucky. The open carrier did not justifiably shoot and kill Mr. Bogus. Even in deep blue Madison, with everything on video, he likely would not have been charged. He will get his pistol back. If he had to shoot Mr. Bogus, it would have been a long, nasty, expensive and time-consuming process. People have a difficult time when they kill someone, even when justified.

Mr. Bogus will spend the rest of this (and likely more) winters in a warm Wisconsin jail and prison, where he will get three hots a day. It may be a better existence than he had on the street.

“Snatches” of pistols from open carriers are exceedingly rare.

There are seven I can recall in the last ten years. One was in Milwaukee in 2010. One was in Oregon in 2014 (unloaded pistol, by law). One was in Washington State in 2015, (unsuccessful). There was one in Virginia in 2016 (after dark, before moonrise). One was in Phoenix, Arizona in 2016.  Another was in North Carolina in 2017. Now there is one in Madison, Wisconsin (pistol quickly recovered).

There seem to be about as many pistols snatched from concealed carriers, who are pounced on because their attackers do not know they are carrying, and consider them an unarmed mark. One concealed permit holder had a pistol taken from him. He chased the pistol thief and was shot and killed. Some might argue that it was almost open carry because the thief noticed the pistol when it was supposed to be concealed. Unfortunately, I have not recovered that link.

I have not found a single case where a pistol was taken from an open carrier, and the carrier was shot with their pistol. This case in Madison is the closest.

The Madison police talked with the young open carry Second Amendment advocate. They stated he had the right to open carry. It was a refreshing change from 8 years ago when the Madison Police Department charged open carriers with obstruction of a peace officer and disorderly conduct for legally open carrying at a Culver’s restaurant. The Police settled out of court.

The police talked to the young Second Amendment advocate about how lucky he was in this case.

Open carry is legal in 45 states. Fifteen of those require a permit. There are more than 17 million people with concealed carry permits. Most of those are legally able to carry where they can conceal carry openly.

12-13 states have Constitutional Carry, where no permit is required for either open or concealed carry, just as it was when the Bill of Rights was ratified.

Attacks on open carriers may be rare because of tactical deterrence. Most criminals do not wish to attack an armed person. There is easier prey about. Melvin F. Bogus thought the young open carrier was easy prey. He was wrong.

Most open carriers are more careful than the youthful Second Amendment advocate looking to meet some girls on State Street. The advocate learned a valuable lesson. He will likely have a plan to prevent being disarmed in the future.  A simple retention holster would have kept this disarming from being successful.

Dean Weingarten has been a peace officer, a military officer, was on the University of Wisconsin Pistol Team for four years, and was first certified to teach firearms safety in 1973. He taught the Arizona concealed carry course for fifteen years until the goal of constitutional carry was attained. He has degrees in meteorology and mining engineering, and recently retired from the Department of Defense after a 30-year career in Army Research, Development, Testing, and Evaluation.

‘Stop Spreading Fear’: Governor Kristi Noem Smacks down Rachel Maddow Over Social Distancing Hunting Video – Due To Be A Classic!