U.S.A. –-(Ammoland.com)- In Wyoming, Second Amendment supporters have been working to repeal “gun free zones” for years. Bill SF0088 in Wyoming would eliminate most “gun free zones” in the state in 2020. Here are the relevant portions of the bill:

(i)  Any meeting of a governmental entity;

(ii)  Any meeting of the legislature or a committee thereof.

(i)  Any public school, public college or university or professional athletic event, except as provided in W.S. 21‑3‑132;

(ii)  Any public elementary or secondary school facility, except as provided in W.S. 21‑3‑132;

W.S. 21-3-132  generally prohibits the carry of firearms in K-12 schools, unless the school board allows the practice.

In 2019, the legislation was popular. From the Gillettenewsrecord.com:

The bill, Senate File 75, proposes to not only repeal most gun free zones across the state but would allow for the carry of concealed weapons anywhere in the state for permit holders. The bill would also clarify that only the Wyoming Legislature may regulate firearms, weapons and ammunition, therefore overriding local ordinances.

The most significant aspect of the bill might be its level of support. Nearly half of the Senate – 13 members – have signed on as co-sponsors, as well as 23 members of the 60-person House.

Senate Bill 75 was defeated in the committee in 2019, on a three to two vote. From wyomingnews.com:

After SF 75 failed, Bouchard said the arguments against this and other attempts to repeal gun-free zones always predicted terrible ramifications.

“It’s all the same arguments every time we have any kind of gun bill,” Bouchard said.

“The sky was going to fall, danger’s happening. It’s all the same argument, and it’s emotional. They’re not looking at the reality.”

While a majority of Republican legislators seem willing to sign on to support the elimination of “gun-free zones”, the Republican leadership, especially in the Senate, seems dedicated to defeating the bill in committee.

This pattern has been observed in many states, as the right to bear arms has been slowly and incrementally been restored over much of the United States.

Senator Anthony Bouchard has been actively working to restore Second Amendment rights in Wyoming for many years.  In 2020, SF0088 is one of his chosen vehicles for restoring those rights.

Wyoming is a Constitutional Carry state. Blood has not been running in the streets as the right to bear arms has been restored.

The elimination of “gun-free zones” in Wyoming would set an example for the rest of the United States. 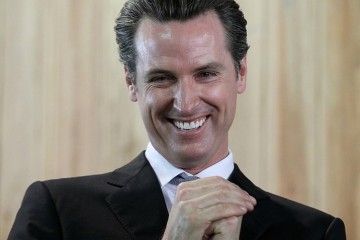