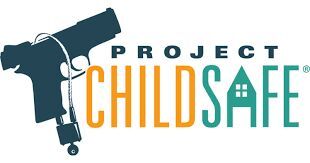 AR-15 barrels vary greatly between manufacturers and even models in some cases. One of the biggest variables is the “rate of twist.”

I get a great number of questions about this from people who are AR shopping, such as:

I’m going to answer these questions and more.

A Bit of Rifling History

First, let’s recap a little history on rifling so you can look like a genius the next time you are done shooting and you are having a drink with your friends…

Most likely this concept was originally borrowed from archery. The fletching on arrows (feathers for you non-bowhunters) are actually not straight on the rear of the arrow, they are slightly angled. This makes the arrow spin as it flies through the air, making it dangerously more accurate.

How you do this with musket balls and bullets is by rifling the barrel. Rifling was invented in Germany at the end of the 15th century although it really didn’t catch on until the 1800’s. However, in America, before the American Revolution, there were a relatively large number of German immigrants who were quality barrel makers and gunsmiths and knew the true value of WHY to rifle a barrel and, more importantly, HOW to rifle a barrel. Back then, when they started rifling the barrel of a musket, the musket became known as a “rifle.” This led to the American “long rifle” (more commonly called the “Kentucky Rifle”). The Kentucky Rifle had a devastating effect on the British in the American Revolution because it allowed the Americans to shoot the British at distances far beyond the effective accurate range of the British Brown Bess rifles, which were only accurate to about 80 yards.

You can actually watch how gunsmiths from the 1700s rifled barrels by hand at Fort Boonesborough, KY and it is really fascinating to watch. I have been there a few times and seen this, but you should call ahead to check if they are showing the rifling process the day you go. By the way, Fort Boonesborough is the fort Daniel Boone created in Kentucky and is a great place to take your entire family. I grew up watching the Daniel Boone TV series and loved it.

Enough nostalgia, and on to the technicalities. There are three ways to make a rifled barrel:

Both Cut rifling and Button rifling are much more common, especially in the USA.

All of these rifling techniques create helical rifling by putting helical grooves in the inside of the barrel that forces the bullet to spin along its long axis and usually with a right hand twist. It is measured by how many inches of bullet travel down the barrel it takes the rifling to twist the bullet one full turn. This measurement is called the “rate of twist” and is expressed as a ratio, such as 1:7, which means the bullet spins one full rotation in seven inches of barrel travel. There are other types of rifling that are less common but they do not apply to the M-16 / M-4 and AR-15 family of rifles.

Common AR-15 rates of twist vary between 1:7 and 1:12, but why should you care what your rate of twist is, right? The reason is because different bullet weights perform better with certain rates of twist. So if you are just going to go plinking and do short- to medium-range target shooting, you may be happy with 40 grain bullet weights, which would mean a 1:12 rate of twist would be ideal for you.

If you are shooting long range, or want more penetration, you want a heavier bullet in the AR, such as a 62- or preferably a 77-grain. 62-grain bullets prefer a rate of twist around 1:8 and 77-grain bullets weights favor a 1:7 twist rate.

All of this being said, these days finding ANY AR-15 ammo is almost like winning the lottery, and if you are lucky enough to find any at all it is likely going to be the most common bullet weight which is 55-grain (a 1:9 twist rate). Ideal rates of twist for a particular bullet weight are somewhat subjective; however opinions will not vary greatly among the experts.

So to simplify this for you, here is a chart you may want to print:

As you can see from the chart, the heavier the bullet you want to shoot, the faster the rate of twist should be to most effectively stabilize the bullet. It’s not that you can’t shoot AR ammo that is on one end of the spectrum through a barrel with a twist rate at the other end of the spectrum, it’s just not ideal. You won’t get maximum effectiveness of your ammunition. One thing that can happen is over-stabilization; this occurs when you shoot a bullet through a barrel with too fast of a rate of twist for that particular bullet weight.

Here’s an example: you shoot a 40-grain AR bullet through a barrel with a 1:7 rate of twist; the bullet will over-stabilize and this will make the bullet not fly completely true at longer ranges. But you wouldn’t want to shoot a light AR bullet at long ranges anyway.

So what’s the best all-around rate of twist?

The M16A2 comes with a 1:7, and the military typically shoots bullet weights from 52 grains up to 77 grains, with 62 grains being the most common in combat. Most experts would agree that the best all-around rate of twist would be something in the middle such as a 1:8 or 1:9. I personally like the 1:7 or 1:8 rate of twist because I like to shoot long range in the desert. A downside to this is that it is generally believed that the faster rate of twist means the faster you wear out your barrel. That being said, you should ask yourself what kind of shooting you envision yourself doing and pick a rate of twist accordingly.

Lastly, most manufacturers do not offer different rate of twist options within a particular AR model. Typically, each model line is going to have a given rate of twist and that’s it.

So you should know what your intention is with your prospective new AR purchase beforehand, and select a model that has a barrel with a rate of twist that is consistent with your primary goals for the rifle.

*Article by Jerry Krause, courtesy of Cheaper Than Dirt