June 30, 2022 Guns In The News
Home»Commentary»Federal Fusion: Inside The Bonded Rifle Bullet
Commentary

This article appeared originally as “Achieving Fusion” in the November 2005 issue of American Rifleman. To subscribe to the magazine, visit the NRA membership page and select American Rifleman as your member magazine.

For years, scientists have been chasing the Holy Grail of energy independence by attempting to create cold fusion. They say it will change the world by providing a cheap and plentiful energy source. Despite a premature and possibly fraudulent claim of success in 1989, the reality of cold fusion has always remained just out of reach.

Who knows if we will see it happen in our lifetime, but thanks to some very creative people, hunters have another form of Fusion that can provide lots of energy at a very affordable price.

Its roots can be traced back to the technology that Speer developed to create its Gold Dot handgun bullets. Speer engineers used a patented electroplating process to “grow” a jacket on the bullet’s lead core, one molecule at a time. This is similar to the process used to chrome plate the ball of a trailer hitch, except it results in a bullet with a jacket that is much thicker than chrome plating, but bonded just as tight. The end result of the Speer Gold Dot was a bonded-core bullet, before bonded-core bullets were cool.

The Gold Dot handgun bullet soon earned a strong following with law enforcement and hunters due to its reliable performance. I have used the Gold Dot handgun bullets on deer as well as on very tough game such as wild hogs, and they performed extremely well. I have also tested them in water—a very hard ballistic medium certain to stress a bullet’s terminal ballistic qualities—and I have been impressed with the results.

I was intrigued with the idea of applying that bullet-making technology to rifle bullets for hunting big game, and I always wondered why Speer didn’t do exactly that in its Nitrex ammo line. It appears it had the plan in motion, because several years ago, Alan Jones at Speer told me they were working on a big-game bullet using electroplating to form the jacket. But, the much higher velocities and more demanding requirements of a big-game rifle bullet proved to be a technological challenge. For several years in a row, I would see Jones at the SHOT Show, and we would talk about the bullet. Each year, they would be “close” but still not ready to put it into production. A lot of time passed, and still the bullet failed to emerge. I knew that was because of several factors—some technical, some business and some political. I had about made up my mind that we would never see this new bullet, particularly after Speer stopped Nitrex production.

When Speer and its sister companies, including Federal Ammunition, changed owners and came under the ATK (today’s Vista Outdoor) umbrella of hunting and shooting products, fresh new leadership with the vision and ability to get things done took a look at this rifle bullet. 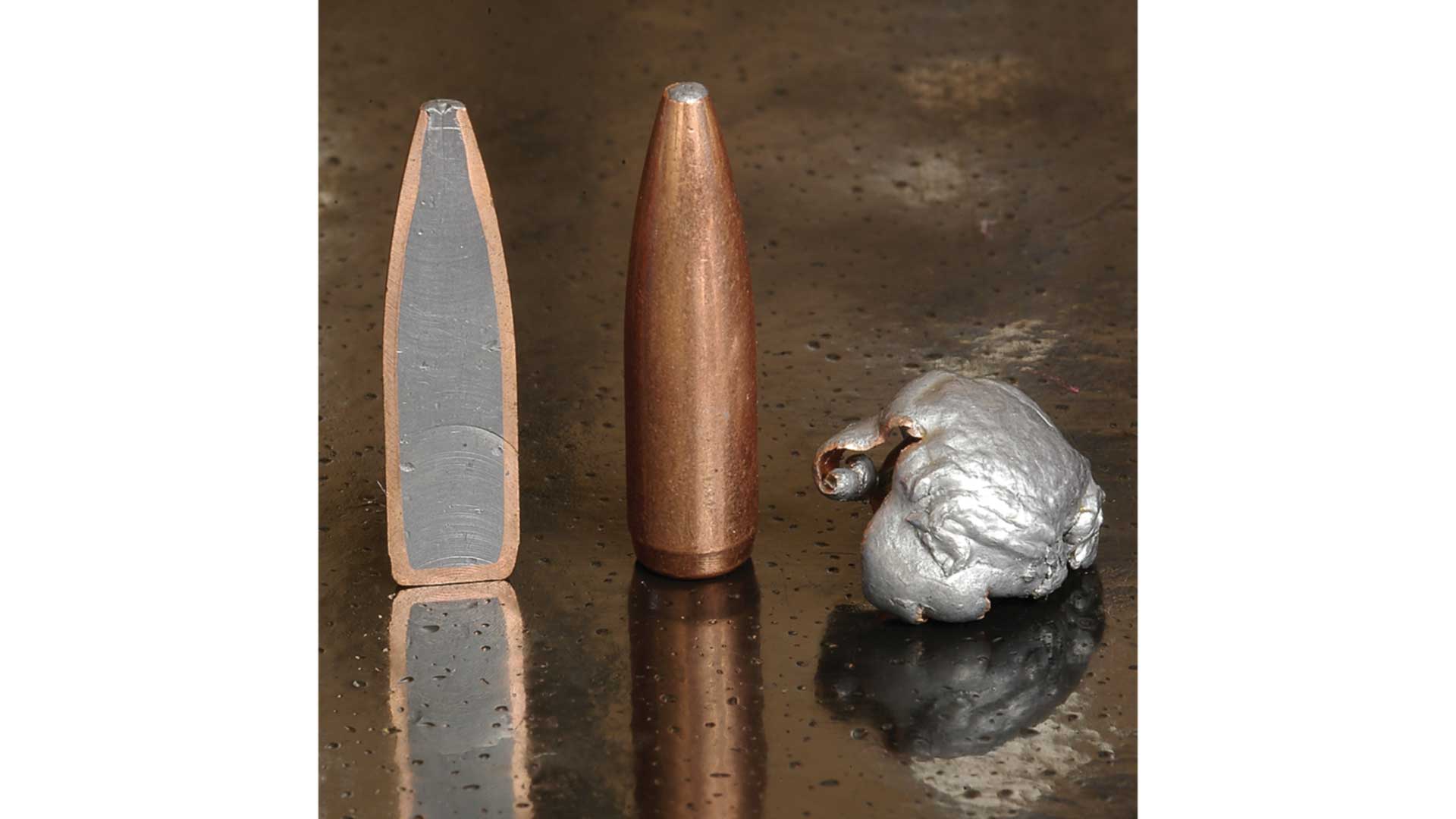 The Fusion bullet starts with a compression-formed lead core that is then electroplated using a patented process. This attaches the jacket to the core, molecule by molecule, in effect making one solid piece from two different metals. The bullet is also pre-expanded, then formed back into shape.

Federal and Speer teamed up to bring the bullet to market and to load it in a new rifle ammo brand called “Fusion.” While it has all the technology and history of Federal and Speer behind it, the Fusion line of factory ammunition is a stand-alone line of rifle ammo. Fusion is an autonomous brand touting cutting-edge thinking and a modern marketing philosophy. It combines emerging technology and high-performance for ammunition that is priced competitively with most simple cup-and-core bullet ammunition.

The Fusion bullet starts with a compression-formed lead core shaped something like a Tylenol capsule. That core is plated with jacket material by the patented electroplating process. This process creates a very uniform coating of jacket material. By actually electroplating the jacket to the core, Fusion takes bonding to a whole new level. This is not a bullet where the core and jacket are separate pieces “soldered” together by heat after they are assembled. Rather, this process actually builds the jacket by attaching it to the core, molecule by molecule. This bonds them as one solid piece comprised of two dissimilar metals. The resulting piece is then formed in a series of dies and forming stations to create a pointed, boattail bullet.

Part of this forming process includes actually pre-expanding the bullet and then forming it back to shape. To achieve this, the tip of the bullet is skived, so that when it expands, the jacket and core form specifically shaped petals. The petals are then spread to pre-expand the bullet. Another die then compresses the nose back into the final shape. This process will create metal memory that will pre-program the bullet for a specific expansion pattern. When the bullet is re-formed to the final shape and size, the metal retains that “memory” of the expansion pattern that will easily repeat upon contact with the target. Except for the .30-30 Win., the Fusion bullet has a sleek, pointed, boattail design with a high ballistic coefficient for long-range shooting but is tough enough for close-range work as well.

Federal says this will ensure expansion even at the lower impact velocity of long-range shots, but as a bonded bullet, the Fusion will also stay intact even when subjected to short-range, high-velocity impacts. Laboratory tests in 10-percent ballistic gelatin showed the bullet achieved up to 250-percent expansion diameter and retained 90 percent of its weight. 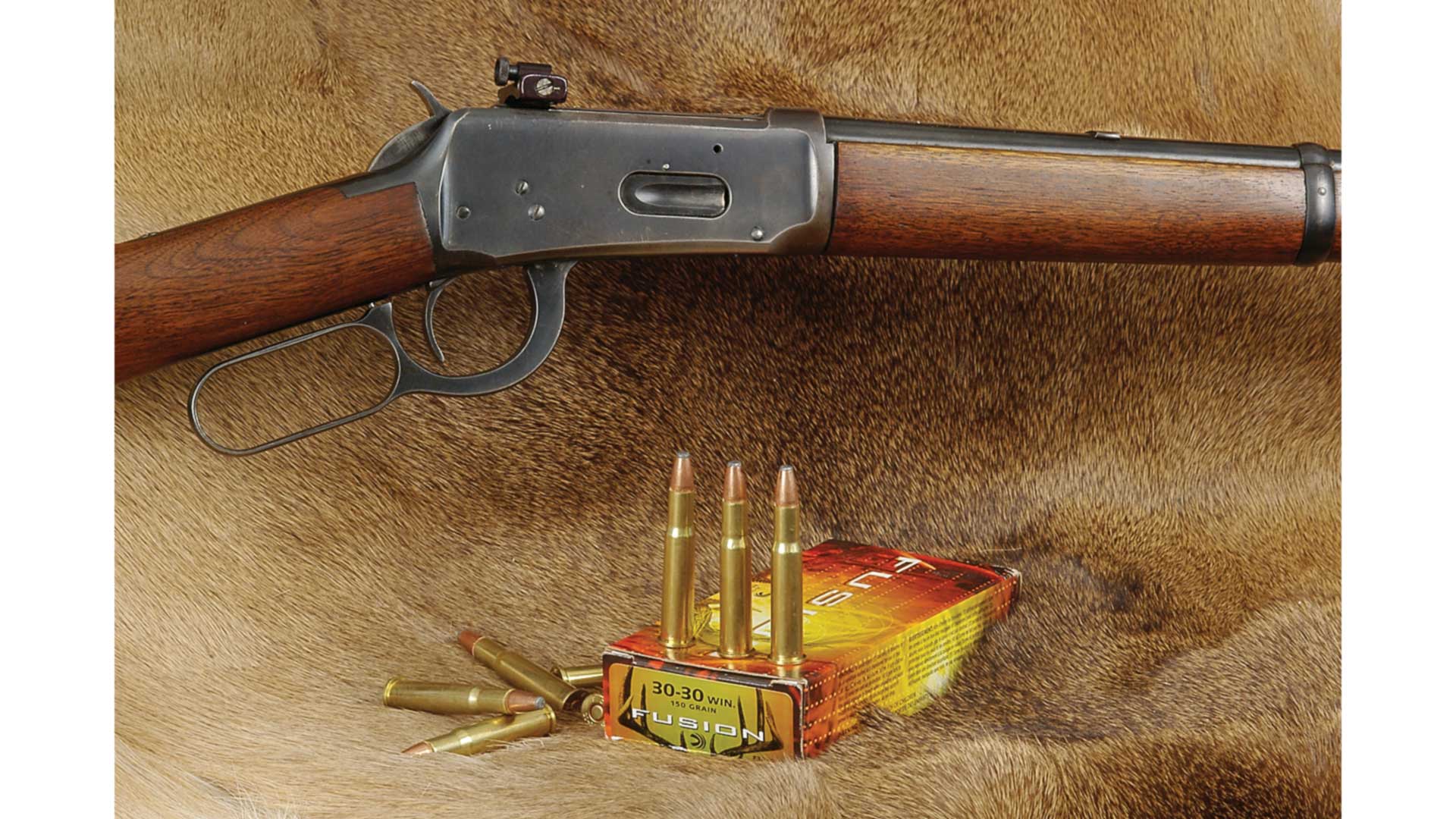 As its designed for whitetail deer hunters, Fusion is offered in the venerable .30-30 Win. Unlike the other loadings, the .30-30 doesn’t have a sleek, pointed boattail bullet with a high ballistic coefficient. Both 150-gr. and 170-gr. bullets with flatpoints—designed for guns with tubular magazines—are offered in the Fusion line.

The Fusion line of ammo is targeted at a very specific group of hunters. While most other ammo products are designed for a wide spectrum of use and so make compromises for each, this is a no-compromise design developed specifically for one use: hunting whitetail deer. It’s really quite simple; deer hunters rule the hunting world in terms of numbers and buying power, and deer hunters are the intended market for the Fusion line of ammunition. To target them, the ammo and bullets are designed to be optimum for use in hunting whitetail deer.

That’s not to say Fusion ammunition isn’t well-suited for other game, because it is. It’s been used very successfully on game including antelope, hogs, elk, bear and moose. This is high-performance ammo that will be appropriate for a wide spectrum of hunting, but the target—the core and the focus—is on whitetail deer. The rest is bleed-over because the technology has resulted in ammo with a wide spectrum of performance.

I used some of the early flat-nose .30-30 Win.-style bullets while hunting in Texas a while back. I took multiple whitetail deer and feral hogs, and I was impressed by the performance. Most of the bullets exited the animals, as they should.

I believe correctly designed hunting ammo should put two holes in game with every shot—one in and one out—with at least 75 percent of the game taken. The theory of leaving the bullet in the game and dumping all the energy is flawed. One reason is that penetration velocity is important to tissue destruction, and a bullet that stays in the game with the majority of the shots will have a low average-penetration velocity.

The goal is a bullet that expands and penetrates, so that it creates a large and long wound path. This results in more “surface area” of the wound channel than a bullet that dumps its energy and stops penetrating. In order for the wound path to remain large through its entire length, the bullet requires plenty of energy and velocity all the way to the exit. On the game it is designed to be used on—that is whitetail deer and similar size animals—the Fusion bullets I used achieved that performance level. The only bullets we were able to recover were from hogs shot end to end. Those had expanded to about two times their original diameter and retained most of the original weight. Wound channels indicated early and controlled expansion with large exit wounds.

Fusion ammo is scheduled to be priced competitively with the affordable lines of ammunition. The concept is accurate and reliable bonded-bullet performance at working man’s pricing. What’s the downside in any of that? This may well turn out to be the best budget-priced hunting ammo on the market.

Find out more at: federalpremium.com.

Federal Premium has extended its Fusion line since 2005 to include over 30 chamberings that service myriad rifle and handgun types, with unique-to-caliber weight options, to optimize terminal performance in the field. Whether hunting with a classic sporting rifle, MSR of today or a long-range precision rifle, Federal’s Fusion is found to deliver exceptional results. 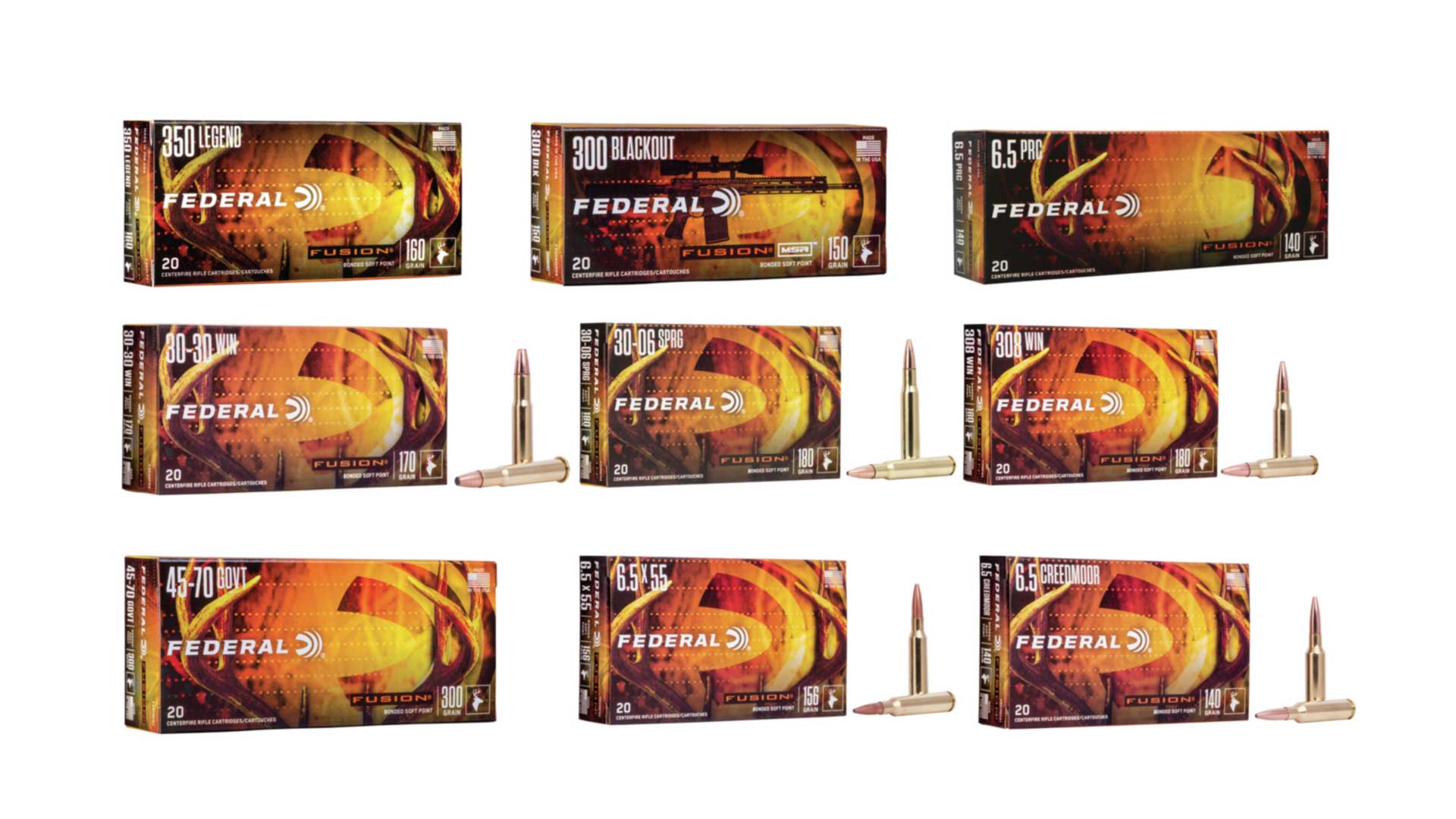 An Ode to the 7mm-08 Remington