At the closing decades of the 19th Century, small arms technology had evolved greatly from the flint and ball era it started with to self-contained cartridges and repeating actions. Several advancements, including bolt-action designs, smaller-caliber bullets, smokeless propellant and multi-round magazines, became the new hallmark of cutting-edge military service rifles being used by the world’s top militaries. By the end of the 1880s, Britain had already adopted the Lee-Metford, Germany the Gewehr 1888 and France the Lebel 1886, all magazine-fed, bolt-action service rifles.

The United States on the other hand, despite being the birthplace of many small arm innovations during that time, was still issuing the antiquated Springfield Model 1873 “Trap-Door” single-shot, breech-loading rifle, chambered in .45-70 Gov’t. The developments in European service rifle trends did not go unnoticed by the U.S. Army however, which recognized that it needed a new repeating rifle to keep up. Thus, U.S. Army Ordnance formed a board to test and recommend different magazine-fed rifle designs at the end of 1890. 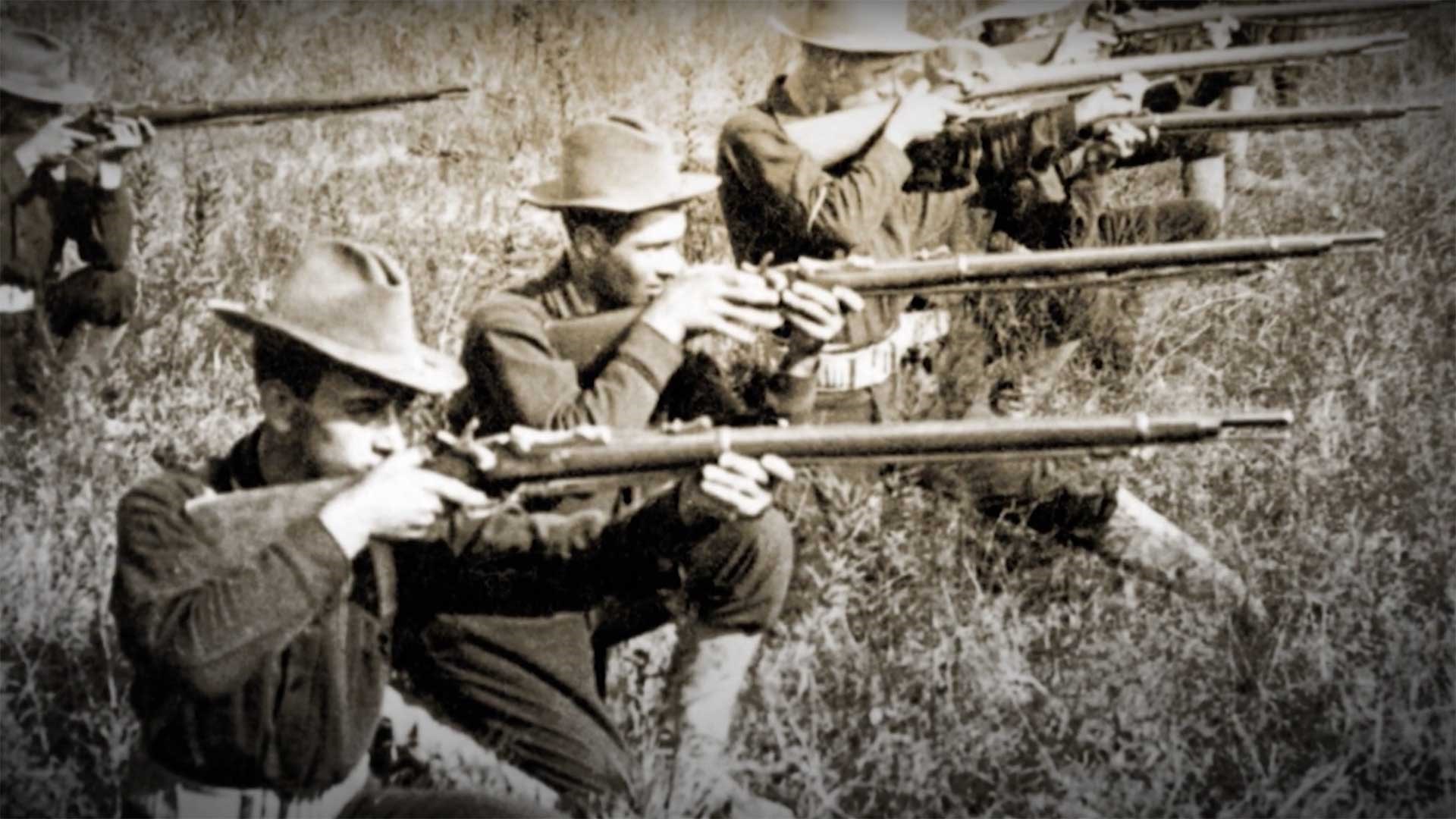 All examples tested were chambered for a new .30-cal. smokeless-powder cartridge, and included 53 different submissions from both foreign and domestic sources. After nearly two years of extensive testing, the board concluded its tests in Aug. 1892, with the foreign Krag–Jørgensen bolt-action rifle selected as the winner. The Krag–Jørgensen was originally designed in 1886, and derived its name from two of its Norwegian inventors Ole Herman Johannes Krag and Erik Jørgensen.

It included a unique built-in, five-round, box-magazine that has a loading door on the right side of the action. To load the rifle, the door could be popped opened with the user’s right thumb. The user could then load loose rounds directly into the magazine, then shut the door to close the system and begin feeding. This system also allowed the magazine to be topped-off with further rounds through the door even when the bolt was closed, perceived as an advantage at the time. 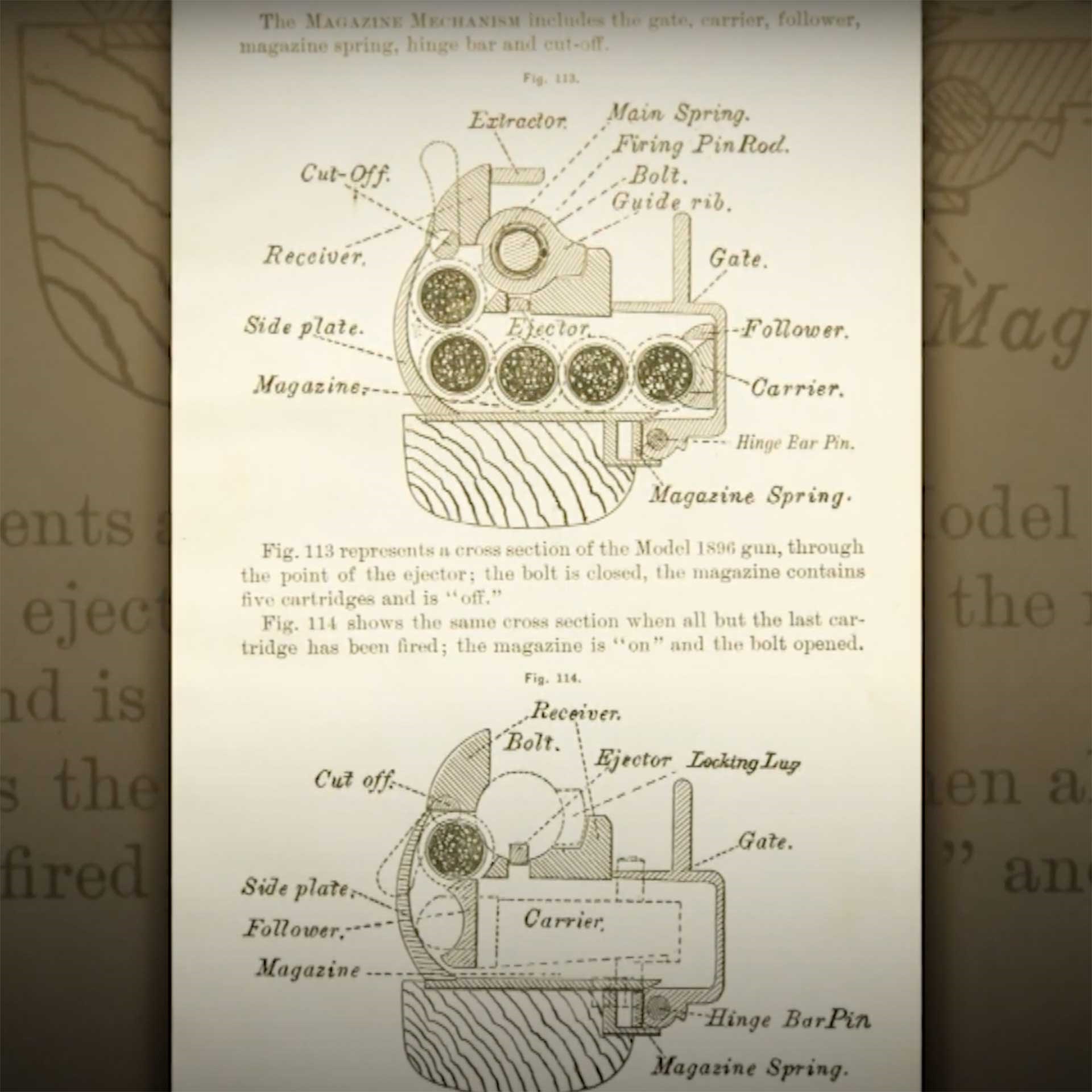 A diagram showing the operation of the Krag’s internal magazine.

The design also included a very smooth bolt-action, with a claw extractor and safety inspired from Mauser designs. Despite the Mauser-like features on the bolt, it only had a single locking lug at the front. While this would eventually prove to be a drawback as future cartridge pressures increased, it was suitable for the pressures generated by the then-new .30-cal. smokeless cartridge developed for the rifle, .30-40 Krag. Even though the U.S. Army Ordnance selected the rifle in 1892, politics dragged out the adoption of the foreign-designed rifle to 1893. When that finally happened, the Krag became the first bolt-action and smokeless-powder chambered service rifle in U.S.

The first iteration of the U.S. Krags, a 49″ long rifle, was adopted as the Model 1892 and produced by Springfield Armory, as would all subsequent U.S. Krag models. In the following years, carbine and modified versions of the design were developed with improved sights, cleaning rods, and other feature refinements. This resulted in the Model 1896 Krag carbines and rifles. Further improvements, namely the improvement of the magazine cut-off, bolt recess and rear sights again, resulted in the Model 1898 two years after that. 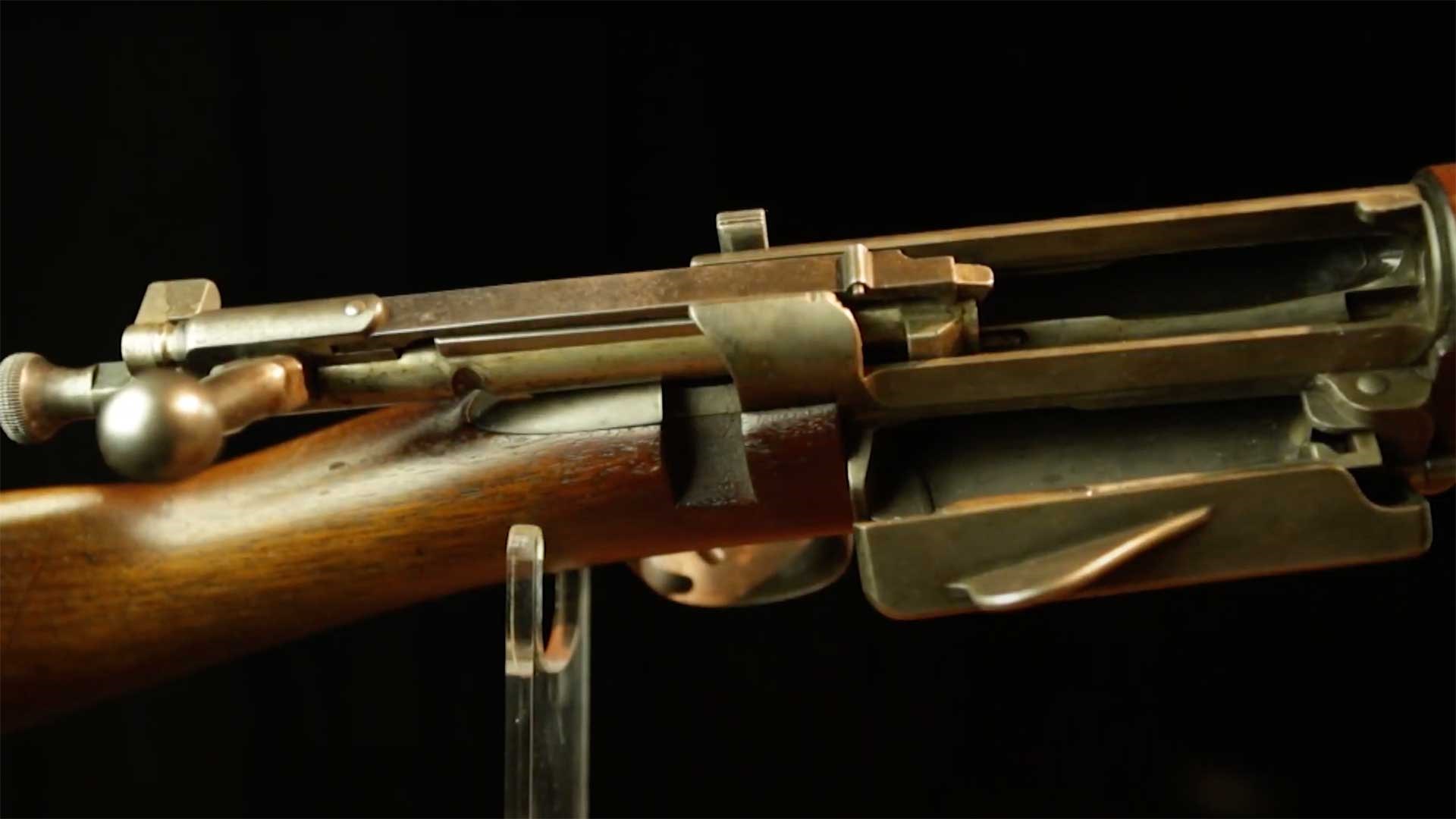 A Model 1898 Krag with the magazine door and bolt opened.

The Model 1898 was introduced the same year as the Krag’s first use in combat during the Spanish American War. Model 1892 and 1896 Krags were used during the war in Cuba by U.S. troops, though a shortage of Krags meant that volunteer units were still using Model 1873 breech-loading rifles. Since it had just been adopted that year, the Model 1898 Krag was not present in any appreciable numbers in Cuba. Even though the Krag was a modern design at the time and did fairly well during the war, there were shortcomings that were noticed when compared to what the Spanish used, the Mauser Model 1893.

The Mauser rifles were also bolt action designs, and while not as smooth as the Krag, they had a more robust locking lug design that allowed for higher pressures in its 7 mm cartridge. They also had a flatter trajectory as a result of those higher pressures, and its internal magazine was fed via a five-round stripper clips. Where an American infantryman with a Krag had to put the individual rounds in to load the Krag, the Spanish soldier could simply load all five rounds right into the magazine of the Mauser with the push of a thumb. 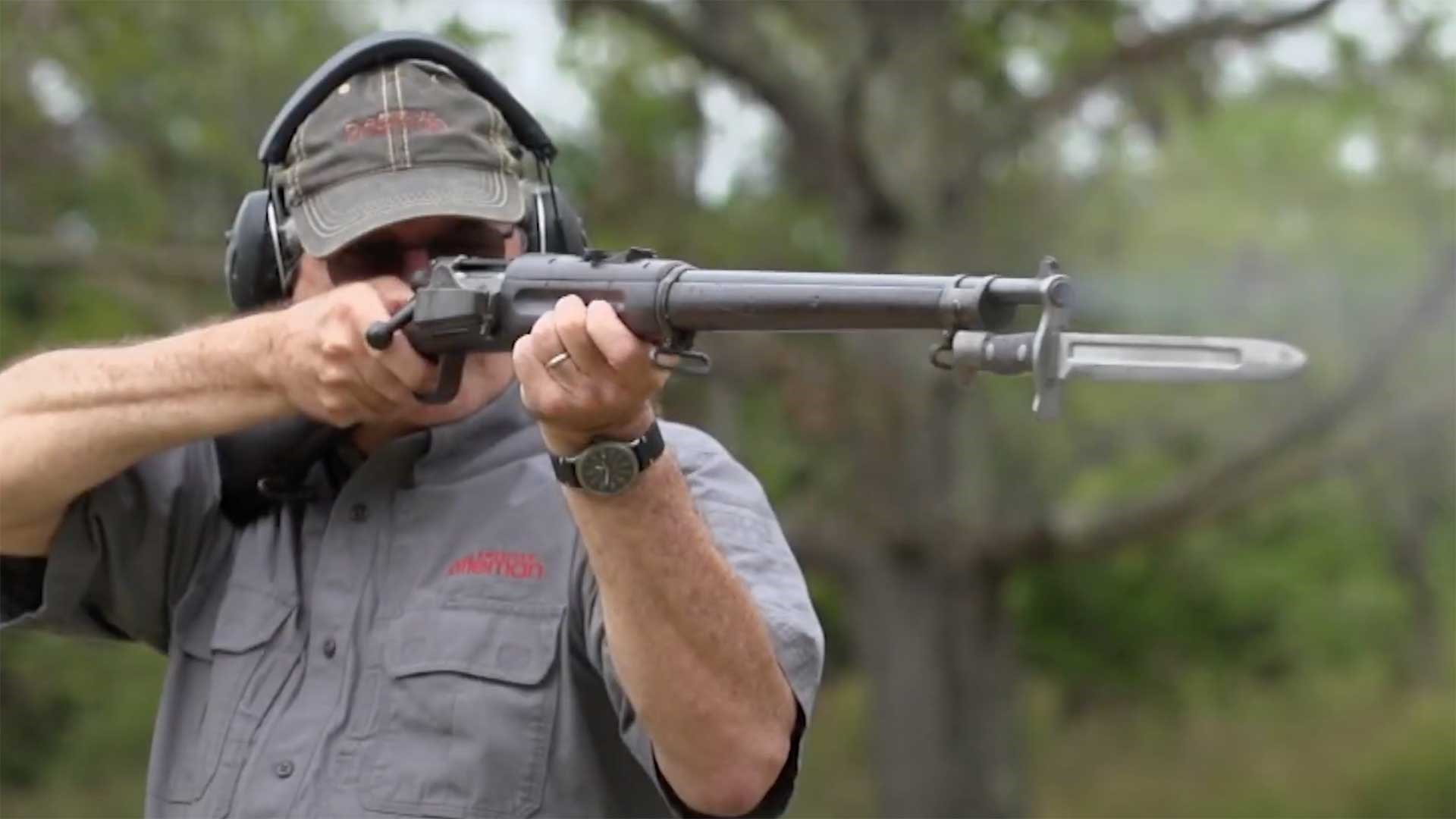 These shortcomings and the success of the new Mauser bolt-action designs wained U.S. confidence in the Krag, and by 1900 the U.S. Army Ordnance Department was already developing a replacement design based off the Mauser. The Model 1898 Krag, while late for service in Cuba, did see action in the hands of U.S. troops during the Philippine-American War. It stayed in production at Springfield Armory until 1903, when the Springfield Model 1903 was adopted. By 1910, the army had almost completely made the change to the Model 1903, with the Krags placed in reserve.

Many of these Model 1898 Krags would later be used during World War I for training purposes, necessitated by the shortage of rifles during the war. Even more Krag rifles were gradually surplussed off into the civilian market, with many cut down or modified by their new private owners into cheap shorter rifles for hunting. Despite not holding the same fame as the U.S. service rifles that came after it, the Krag is still one of the smoothest operating bolt-action rifles today, and gets a decent bit of fanfare from collectors and enthusiasts.