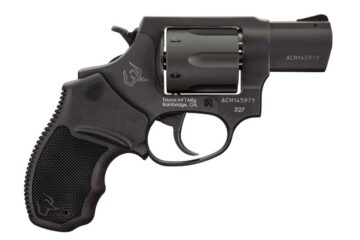 This past Tuesday, May 10, marked the birthday of the late Col. Jeff Cooper, founder of the Modern Technique of the Pistol. A lot of you who are new to the party may not be aware of the furor that this man caused and, in fact, seemed to glory in. It was the Great Shooting Stance Feud.

In the beginning all was good. Handguns were popular and shooting styles were standardized and accepted. Old guys generally shot their pistols with one hand. Young guys shot their pistols with two hands in a style that some called the Isosceles (some being the ones who had been to college and could actually spell the word). All was tranquil in the handgun community.

And then along comes this guy Cooper. He had the audacity to suggest that the shooter would have better control over his handgun if he used what Cooper called the Weaver. This involved an isometric two-hand grip on the pistol and the elbows cocked in odd directions. It was suggested that all real men would use this new shooting technique and rumored that it had been blessed by John M. Browning and John Wayne.

Well, you can just imagine the furor that was raised in the shooting community. The Association of Hypothetical Gunfighters convened immediately. This august body determined that Cooper’s poison had already gone too far among 1911 shooters, so they were best left alone, especially since this group was known to have a number of surly members. But it was positively decreed that all Glock shooters would use the Isosceles stance, violation of which would cause the member’s loss of their discount at Bath & Body. No one was quite sure what the rule should be for revolver shooters, mainly because no one was really sure that there were any revolver shooters left in the world.

Oh, let me tell you, it got nasty there for a while. Nasty things were said back and forth, horribly nasty things, using hyphenated words. They had to charter two different buses to get the two factions to the SHOT Show Range Day. And, of course, separate bathrooms were required at all gun-related events.

Finally, in the fullness of time, the feud pretty well petered out. Somebody figured out that, if you were going to be a real shootist, you’d better be skilled at the Isosceles stance, the Weaver stance, and even point shooting. And, it really didn’t matter what you carried… what mattered was what you could do with it.