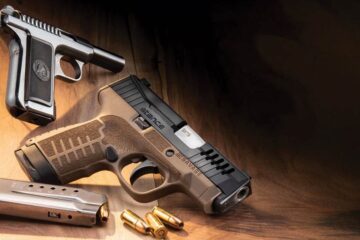 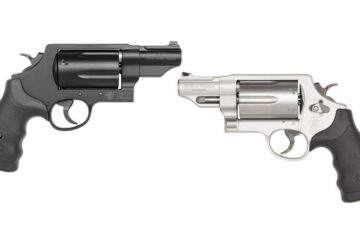 May 18, 2022 Guns In The News
Home»Politics»Tucker Carlson To Former Policeman/Congressional Candidate Who Says “F**k The NRA”: “You Don’t Know What You’re Talking About”
Politics/Video

Tucker Carlson To Former Policeman/Congressional Candidate Who Says “F**k The NRA”: “You Don’t Know What You’re Talking About”

Democrat congressional candidate Pat Davis of New Mexico has shown his utter disdain and hatred of both the Second Amendment and the National Rifle Association, and recently Fox News’ Tucker Carlson had him on his show and ended up having to tell Davis that he simply did not know what he was talking about.

First, let me just warn you that this man has absolutely no reason to be elected to public office with his foul, David Hogg-esque mouth.  So, be warned as you view the following video by Davis in which he rants against the NRA.

If you can believe it, this ad was aired locally uncensored!  Does Davis kiss his mother with that mouth?

Carlson interviewed Davis, who claims to be a former police officer, but definitely showed he doesn’t have a clue when it comes to guns.

Davis claimed that one could fire 150 rounds in 15 seconds from an AR-15 rifle.

“You don’t know what you’re talking about – and I know that you were a police officer, or you claim to have been,” Carlson said. “No AR-15 can fire 150 rounds in 15 seconds. That’s untrue, and if you believe it is true, then you’re not qualified to have a conversation about guns.”

Carlson is exactly right.  Even with a 100 round drum on your AR, it’s going to take more than 15 seconds to dump it, even using bump fire.

Furthermore, the AR is not designed to withstand large amounts of ammo going through it so quickly.  The AK-47 is designed more for something like that, and even they won’t dump 150 rounds in 15 seconds.

“Tucker, this is exactly the types of arguments that don’t get us where we need to be,” Davis replied.

“‘F the NRA, Pat,’” Carlson returned mockingly. “Alright, tough guy, learn something about guns and get back to me – interview over.”

Carlson was right to dump him after he made such a stupid argument and then hypocritically acted as if Carlson calling him out on the facts was somehow “debatable.”

Lying and whining and emotional commentary by those seeking to represent the people and undermine our God-given rights is what is not going to get us where we need to be.

Mr. Davis, let’s leave the work of representation up to the adults, shall we?  Perhaps you can join those of your mentality in high school down in Parkland, though I’m not sure you will be properly educated, but it doesn’t matter at this point since you are clearly indoctrinated.

Tucker Carlson To Former Policeman/Congressional Candidate Who Says “F**k The NRA”: “You Don’t Know What You’re Talking About”