Handgun Of The Year: Ruger-57
Of the myriad handguns introduced and tested by your American Rifleman, Sturm, Ruger & Co. and its Ruger-57 earned the top honor for 2021 as Handgun of the Year. The announcement came in late 2019 that Ruger had a new handgun for the upcoming year that was designed for FN’s .22-cal. PDW cartridge, so we sent Executive Editor Kelly Young on the hunt for more information. Here is what we learned: 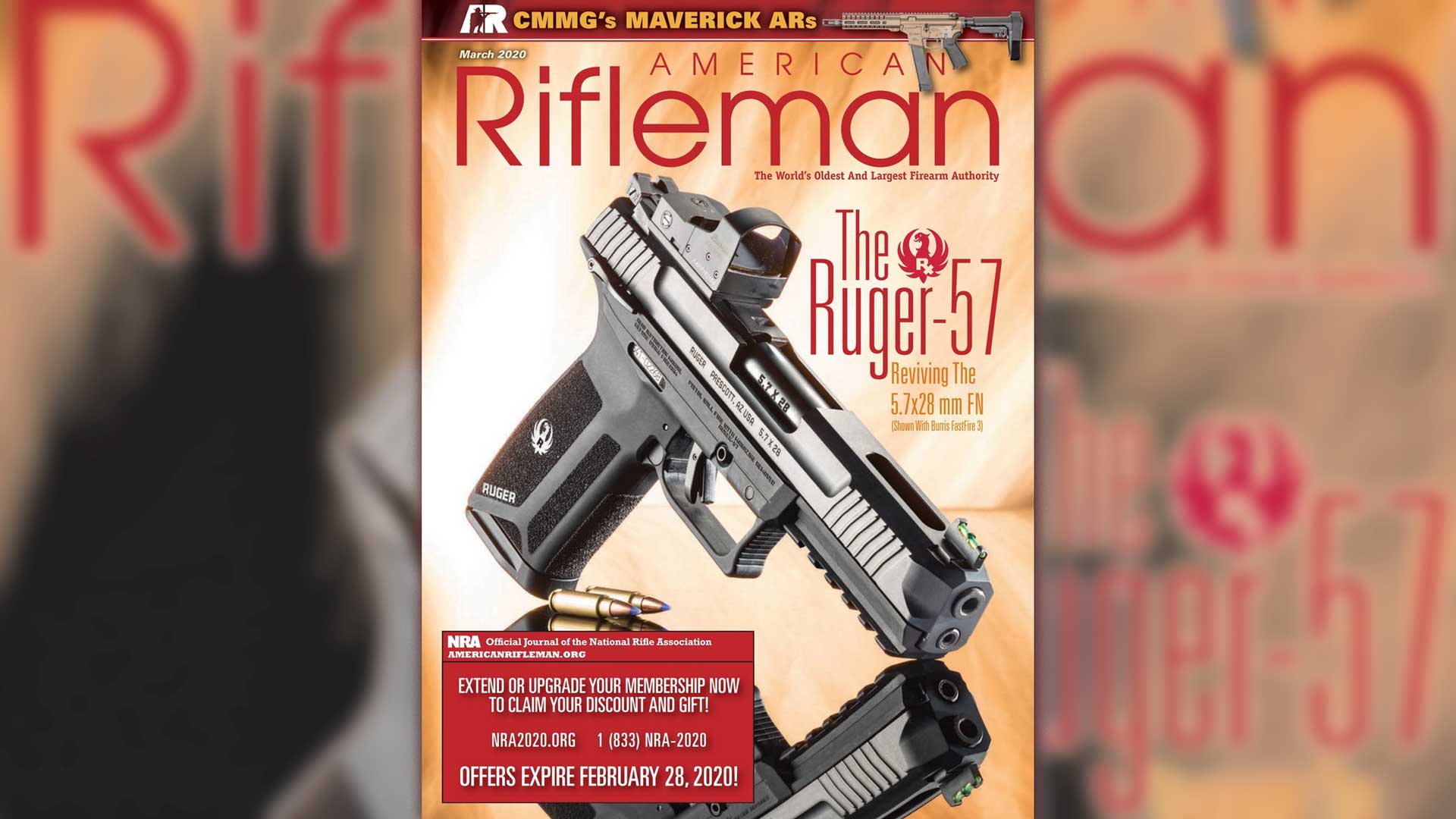 “I have long said that if a major manufacturer were to introduce a 5.7×28 mm FN-chambered handgun, featuring conventional controls and sold at a reasonable price, it would sell like hotcakes …” Executive Editor Kelly Young remarked in the March 2020 American Rifleman feature article about a then-new handgun from Sturm, Ruger & Co.

That new handgun Young mentioned in March 2020 is the Ruger-57, a full-size semi-automatic built of polymer and steel. It measures 8.6″ long, 5.6” tall and weighs 23.5 ozs. empty and only 28.4 ozs fully loaded. “This is a remarkably feathery total for a full-size pistol loaded to capacity,” Young mentioned. 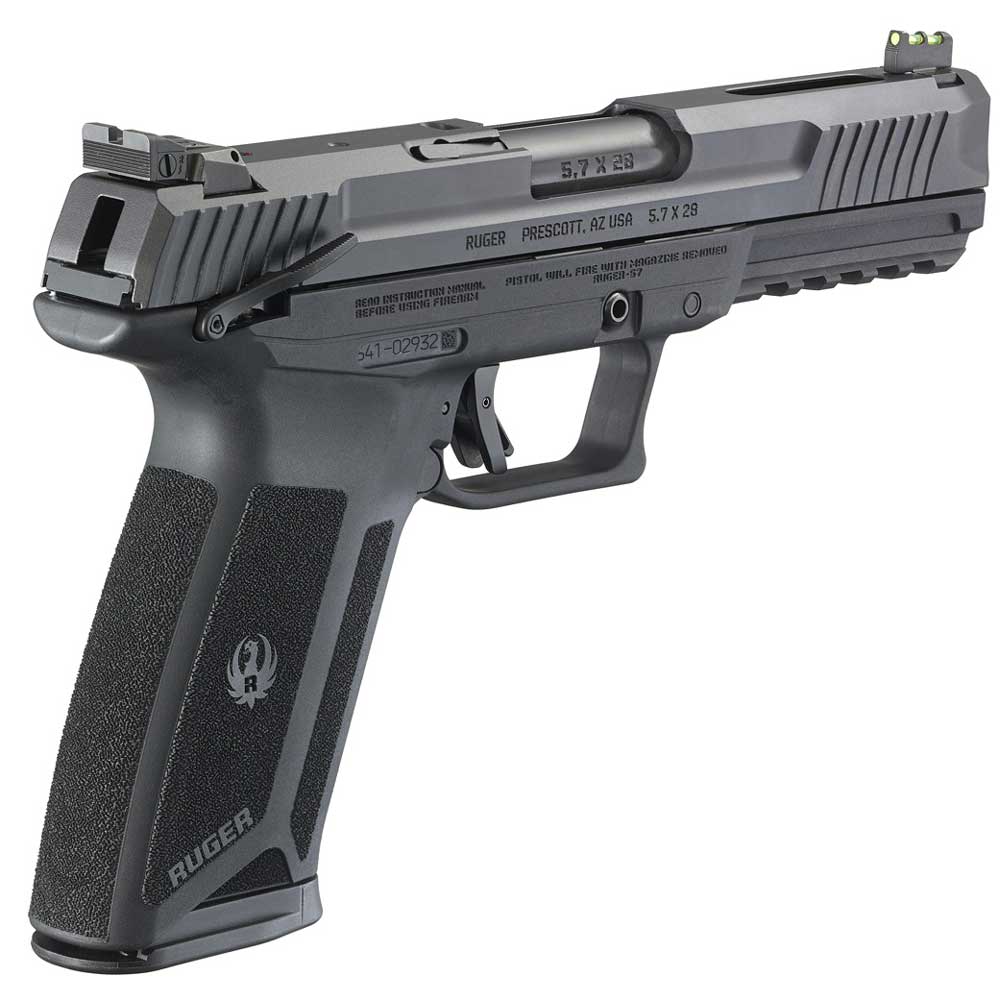 Young further opined, “[T]he 5.7×28 mm FN cartridge is something of an oddball choice for a handgun chambering. Introduced by FN in the early 1990s, it’s essentially a miniaturized 5.56×45 mm NATO rifle round, utilizing a 0.224″ rifle projectile and operating at rifle-caliber pressures to achieve blisteringly fast velocities—not really the handgun way of doing things. But on the range, it’s a match made in heaven.”

“Accessorized with an optic and a light, the Ruger-57 would make a great, unintimidating home-defense pistol for those who, for whatever reason, don’t want the kick of the 9 mm Luger. Concealed carry may be an issue for some from a size perspective, but it’s not a problem from a weight standpoint; a fully loaded Ruger-57 weighs almost 2 ozs. less than a similarly filled Glock 19—quite possibly the most carried handgun in the world,” Young stated.

Young’s testing provided results with a 15-group average extreme spread for three loads coming in at 1.98″ at 25 yds. And Young suggested that with an optic and a rail-mounted light the pistol would serve admirably for home-defense—especially for the recoil-averse. Finally, he mentioned, “[T]he gun ticks all the right boxes—it’s reliable, accurate, full-featured, wisely configured and with a price literally half of its most direct competitor,” all of which made it an easy choice for our selection as Handgun Of The Year. 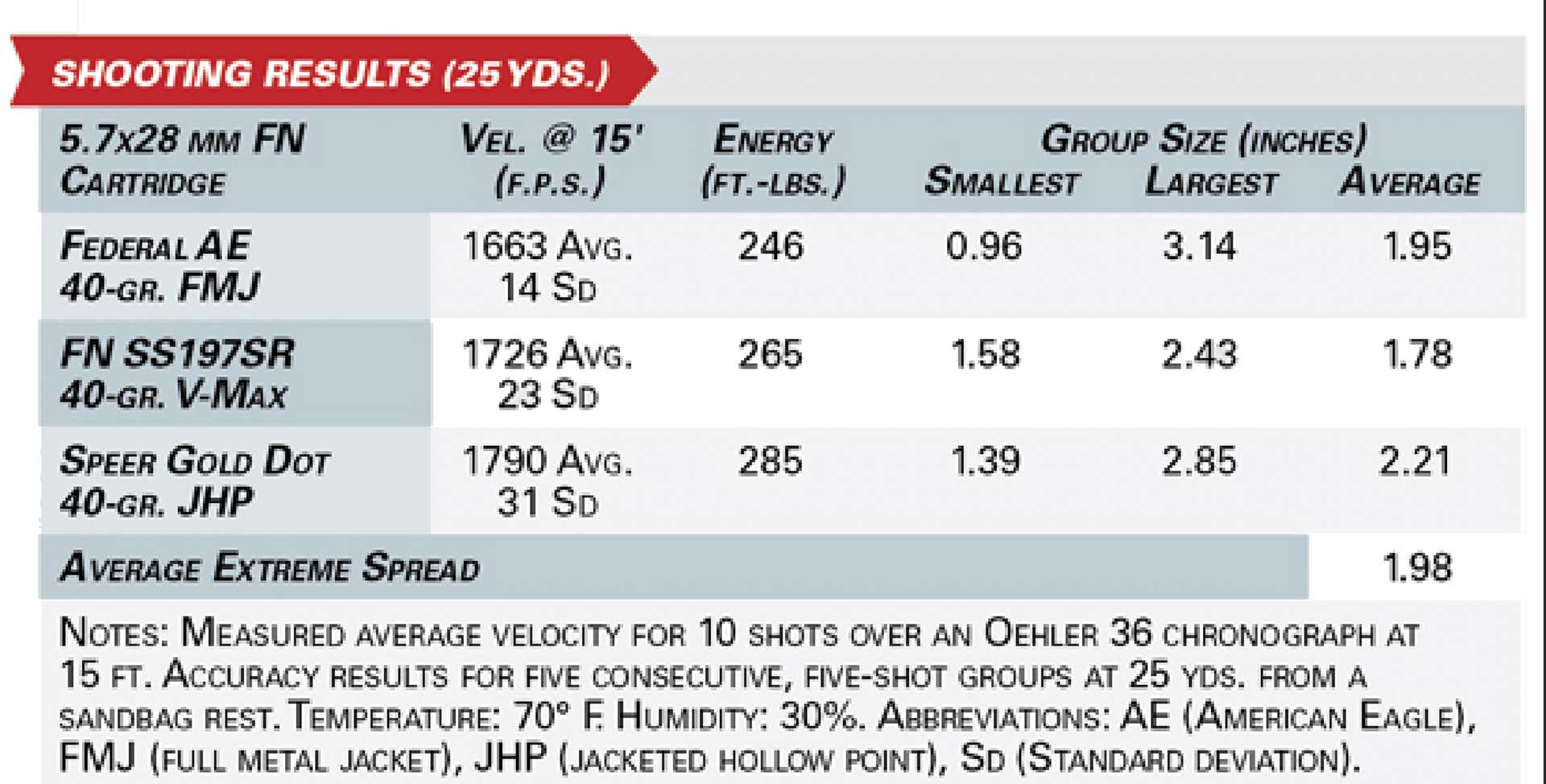 Are you interested in learning more about the 5.7x28mm FN cartridge? Read more HERE.

So what does it take to make the cut for Handgun of the Year?

The winners are selected by a seven-member committee consisting of editors, graphic designers and veteran NRA Publications staff, representing more than a century of collective experience in the shooting and hunting industry. The criteria required to qualify for consideration of a Golden Bullseye Award include being: introduced and available to consumers prior to the selection of the Golden Bullseye Awards; used/tested by a staff member or regular contributor to the magazine and/or affiliated media; reliable in the field, meeting or exceeding the evaluator’s expectations; innovative in design and function; readily perceived as a value to the purchaser; and styled in a manner befitting the shooting and hunting industry and, perhaps more importantly, its enthusiasts.