August 10, 2022 Guns In The News
Home»Commentary»2022 Accessory Of The Year: Mantis Blackbeard
Commentary

2022 Accessory Of The Year: Mantis Blackbeard 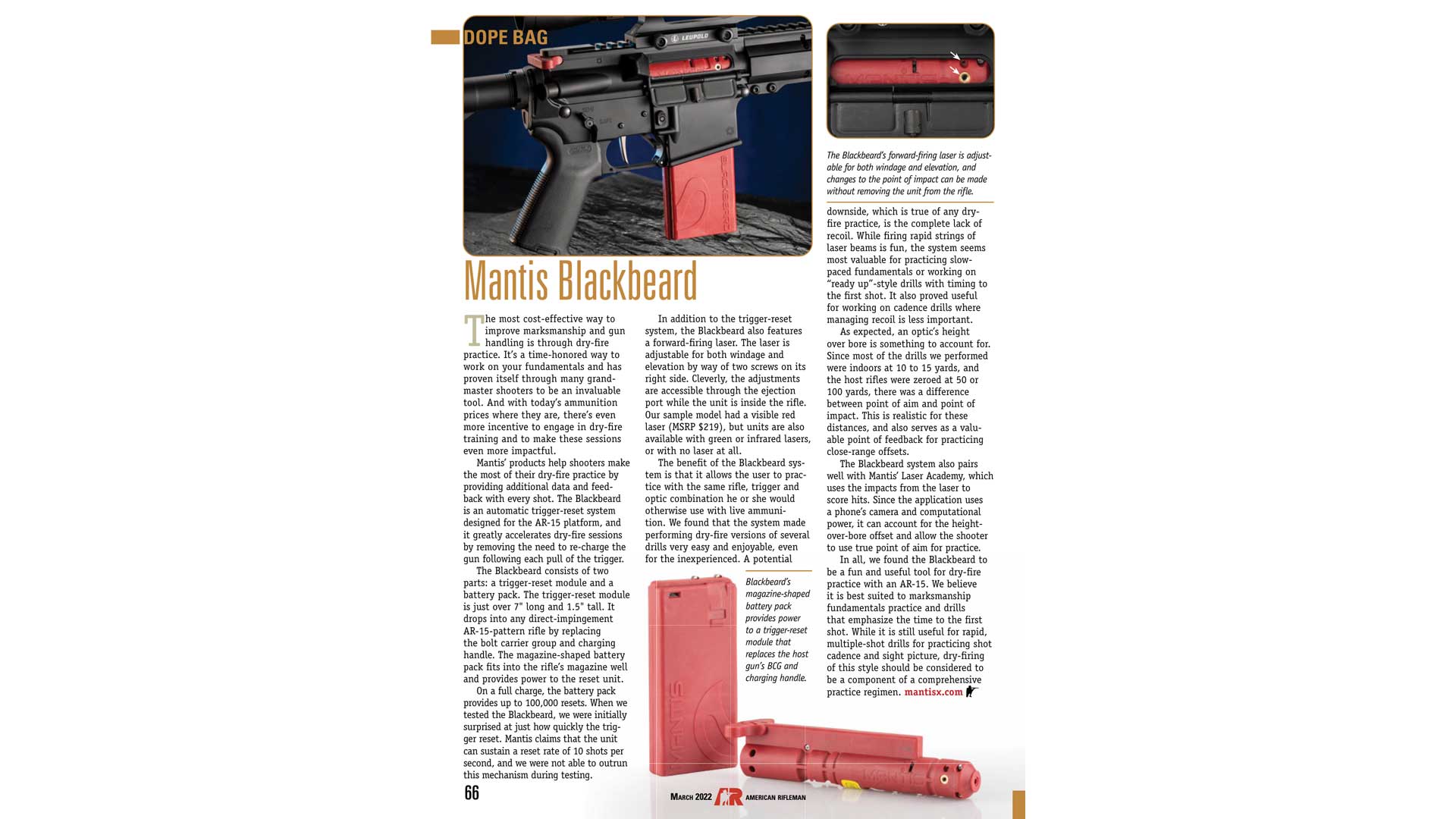 Dry-fire practice is the most cost-effective method of honing your gun-handling skills and improving your marksmanship—made even more appealing in a time of elevated ammunition prices. The Mantis Blackbeard is an automatic trigger-reset system that makes dry-fire sessions with the AR-15 platform much more practical by eliminating the need to re-charge the rifle following each pull of the trigger, and our evaluation of the system in the “Dope Bag” (March 2022, p. 66) left us quite impressed.

Thoughtfully designed to replace a direct-impingement AR’s bolt-carrier group and magazine, the Blackbeard consists of two parts—a trigger-reset module and a battery pack—and most versions also incorporate a forward-firing laser, the point of impact of which can be adjusted through the ejection port without removing the unit from the gun. “The benefit of the Blackbeard system is that it allows the user to practice with the same rifle, trigger and optic combination he or she would otherwise use with live ammunition,” wrote our reviewer. “We found that the system made performing dry-fire versions of several drills very easy and enjoyable, even for the inexperienced.” For striking an effective balance of offering training that is both instructive and fun, we award the Mantis Blackbeard Accessory Of The Year. mantisx.com

If The Highland Park Shooting Happened 25 Miles South, You Wouldn't Have Heard About It

2022 Accessory Of The Year: Mantis Blackbeard